The Skinny: Borne of Kansas City, Missouri is the indie rock band The Slowdown, a six-piece group ready to burst out into the mainstream. The Slowdown likes to think of themselves as a blend of Wilco, The Flaming Lips, M83, early Aerosmith, Alice in Chains and My Morning Jacket. Lead singer Sam Hoskins and keyboard player Joe Hoskins got their start in music as members of the regionally renowned rock/pop group Elevator Division, one of the hottest bands in the area for the last decade. The Slowdown is rounded out by guitarist Josh Johnston and bassist Jeremy Wilson who have each spent time behind the boards of various Kansas City venues, learning the art of capturing the perfect stage mix and blending tones and textures like no one else is capable of. Add in second guitarist Austin Turney and drummer Drew Little and you’ve got a formidable on-stage force.

The band’s hard work has resulted in the release of their debut album A, scheduled for this coming July. This is a big achievement for the group, recorded at Earth Analog Studios near Champaign, Illinois. The subject matter of the songs are both playful and heavy, sometimes venturing into the world of fantasy, but at other moments very serious, drawing from experiences such as the death of the two Hoskins’ brothers father a few years ago. There is a certain sense of tragedy in the group’s music which makes them appealing to their ever-growing fan base. From the Slowdown’s debut album A, here is the song “To Wonder” available as a free download. 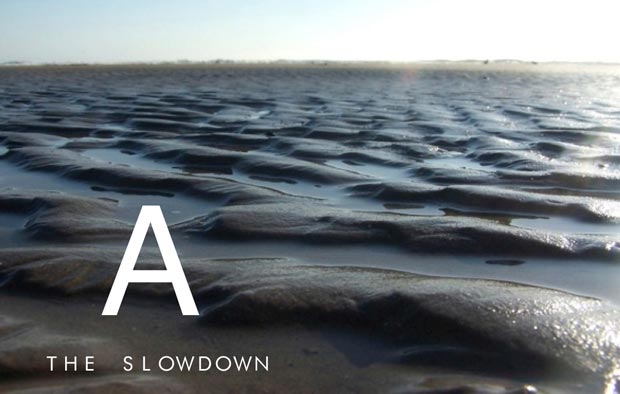