Howdy cowboys and cowgirls, welcome to another installment of Tattoo Talk. This time we have To Speak Of Wolves vocalist Gage Speas talking about the sweet inkage he has gotten over time. If anyone has seen TSOW live they’re sure to know this guy loves his tattoos. Check out what Gage has to say about his tattoos and the meaning behind them.

When and what was your first tattoo?
Gage: My first tattoo was the Veil Arms anchor on the inside of my right arm. I got it when I was 18 right after Christmas. My dad wasn’t stoked about it, haha. 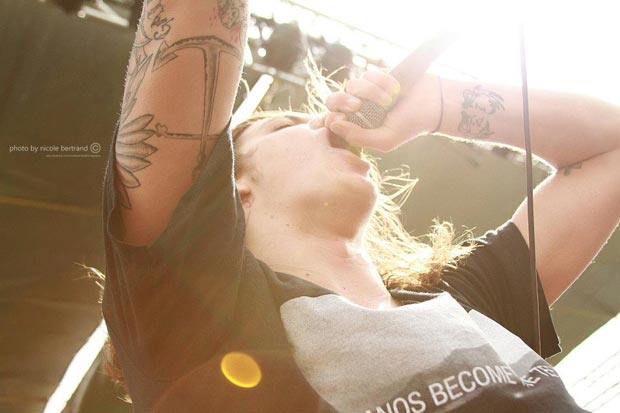 Any of your tattoos have any special meaning behind them? If so what?
Gage: Yeah, totally! I have a crow holding an arrow trying to kill a dove on my right forearm. The dove is cracking the arrow head. It represents my relationship with the Lord. Sometimes you feel like you have him beat and he always humbles you. I have the Oh, Sleeper broken pentagram below my right elbow with lyrics from my favorite song by them. I worked for them for a long time so that was a huge part of my life. I have a bull head with blood splattering behind it cause I used to ride bulls. Then I have a sugar skull wearing an Indian headdress and around that it says “to die is gain” from Philippians 1:21.

Who does your tattoos?
Gage: A bunch of people do my tattoos. The Person who has done most of my work is Ericksen Linn at Heart and Soul in Albuquerque, NM. My bull head was done by Matt Stone. Matt Anderson did the sugar skull.

Do you plan on getting any more in the near future?
Gage: Totally! I plan on being covered. My right sleeve is almost finished. I’m getting a buffalo head on my shoulder here in a few weeks so that will complete my right arm. When that’s done I want to start on my chest. 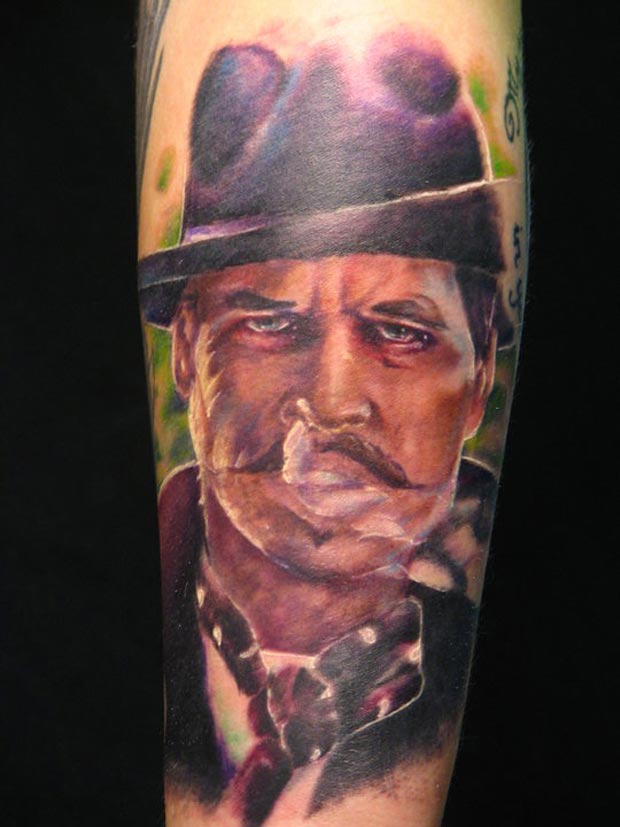 Have you seen any fans with To Speak Of Wolves tattoos?
Gage: No, but if that ever happened I would probably faint! Ha ha.

If you had to get someone’s face tattooed on you, whose would it be and why?
Gage: Well, I already do, ha ha. I have Doc Holliday from Tombstone. It’s my favorite movie. But if I got another one, I’d probably get John Wayne somewhere. I play rock and roll, but I’m a cowboy at heart, ha ha.

Check out the song: “A Simple Thought That Changed Everything”