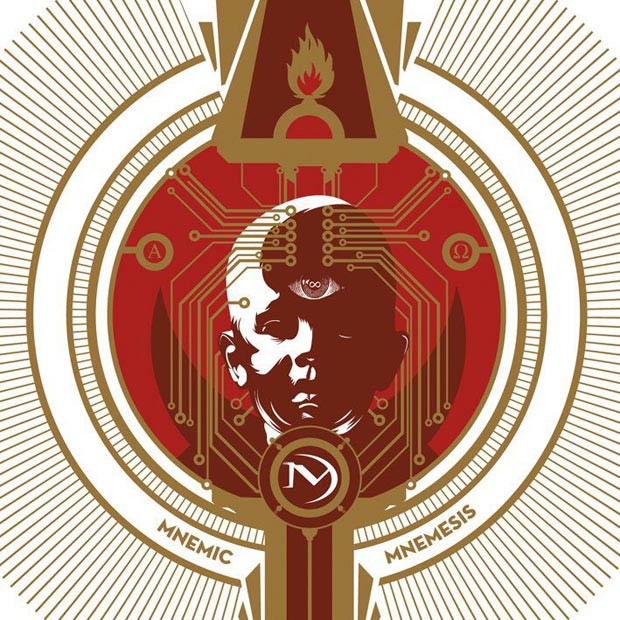 Metallica favorites Mnemic are back with their fifth consecutive studio album for Nuclear Blast, Mnemesis. The Danish modern metal quintet are still peddling that trademark every-modern-metal-band-seem-to-sound-the-same sound that blends pop-flavored choruses with the harsher and heavier elements of extreme metal, and one of the standout tracks off their latest effort is the ninth and penultimate track, “Ocean Of Void”.

A crescendo played by the guitars followed by syncopated drumming makes for a memorable opening, and vocalist Guillaume Bideau wastes no time in introducing himself through a gruff “OOH!”. The development section of the song blends death metal growls and metalcore-style clean singing like most modern metal, but doesn’t sound overly-polished due to the sterile touch of a trigger-happy audio engineer.

The same can be said of the pop-worthy chorus, which hears Bideau’s main-verse voice appropriately buried a little in the audio mix, giving priority to the ascending guitar chords to nail the hook that listeners will remember the song by. The utilization of the simultaneous appearances of multiple incarnations of his own voice to harmonize with himself is done effectively and up to the standards of a mainstream pop metal fan too. Expectedly and aptly, the song closes with some djent-worthy chugga-chugging chords and Bideau’s anguished growls.

Check out the song: “I’ve Been You”