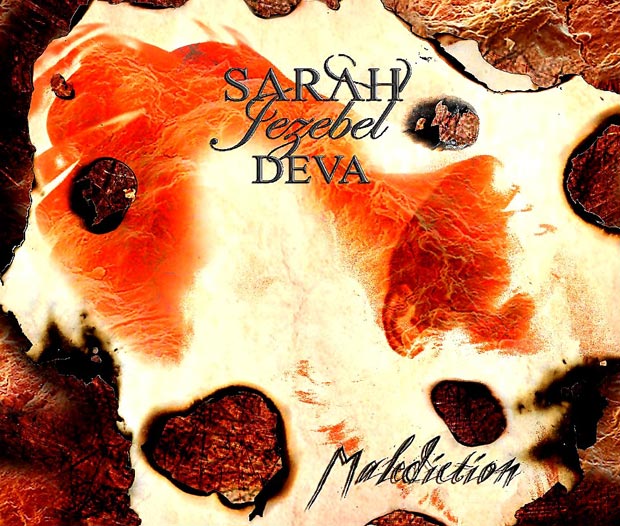 I never even knew that Sarah Jezebel Deva was releasing solo albums until I was forwarded a copy of this 3 song EP. Anyone familiar with Cradle of Filth should automatically know who Deva is, but for those who don’t, she’s been singing female vocals in Cradle of Filth for years now.

I’m not familiar with Deva’s previous solo albums, so I have no idea how this compares to those works; the sound on the first two songs of this album however is drastically different than anything COF has ever released. Instead of BM tinged “extreme” gothic metal, these songs are straight up goth music – the third song featuring Dani Filth; however, is much more like Cradle of Filth.

The three tracks are actually each quite good with opener “Lies Define Us” being the highlight. Sarah and Bjorn Strid compliment each other quite well and the song is absolutely superb. “When It Catches Up With You” is next and is a fairly straight up, heavier goth-sounding song that sounds like it could have come off of Thornography. Good stuff.

The final track, “This is My Curse”, where Sarah sings with Danni filth, should be the best track on the album as it is Jezebel singing the style of music that made her famous. For some reason though the song (while still not bad) comes off as the album’s weakest. There’s nothing particularly wrong with it, it’s just not as good as the rest of the material.

For a 3 song EP, this is a pretty good album. Fans of female-fronted goth bands and curious Cradle of Filth fans should have a good time with this. I am impressed enough that I am now going to go and check out her back catalogue. I look forward to her next release.

01. Lies Define Us (Featuring Bjorn Strid)
02. When It Catches Up With You
03. This is My Curse (Featuring Dani Filth)

Check out the song: “This is My Curse”