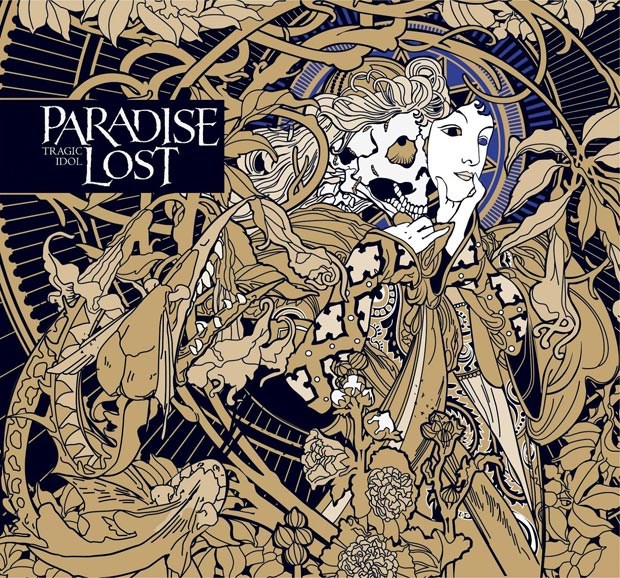 Paradise Lost’s latest album, Tragic Idol, was fairly hyped upon release a few months ago. The band were on the cover of Decibel and the record has received solid, but not great reviews. To be honest, I wasn’t expecting much as I haven’t really heard anything from the group since their 1993 release Icon – a solid effort with some great songs that saw the band heading in a more commercial direction.

If I recall correctly, on that album the band had shed most of their sound’s death metal aspects and began to move in a more gothic direction. Seeing as the group (like me) is now almost twenty years older, I figured that Tragic Idol would either show guys well past their prime, or seasoned professionals presenting a solid album. Thankfully, despite the fact that the band are older and that their sound is slightly different (Nick no longer growls!), Tragic Idol is in every way just as good, if not superior to, their earlier works.

Still heavy, but with a slightly “cleaner” sound, this is a fine batch of songs with great melodies and hooks. Highlights include the opener “Solitary One” and “Fear of Impending Hell”, both of which are sorrowful, yet captivating songs straddling the line between doom and goth metal. I’m excited to see how these songs sound in a live setting when their tour with Devin Townsend and Katatonia hits Vancouver. Add Tragic Idol to the growing list of this year’s excellent metal albums. Awesome stuff and nice to see that bands I remember from my youth can still make stellar metal.

Check out the song: “Honesty in Death”