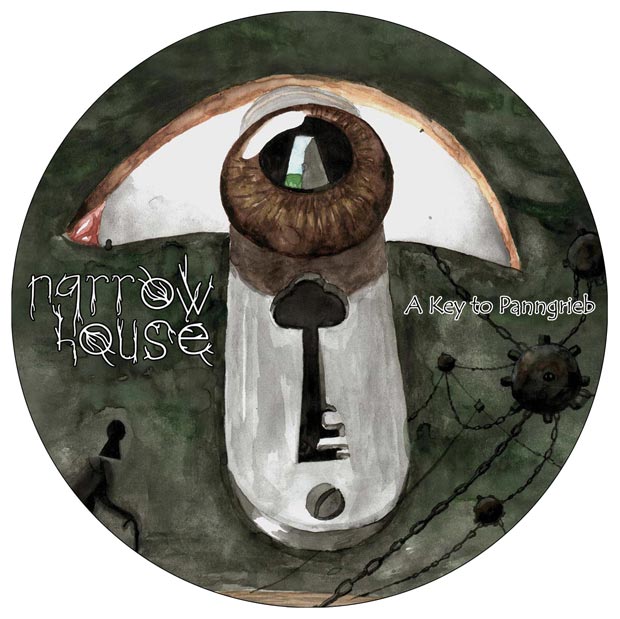 Narrow House – “A Key to Panngrieb”

Narrow House is another one of those bands that I came across while scouring the internet. The group is from the Ukraine and play what they describe as “apocalyptic doom”, apparently replete with psychological imagery when the band plays live. Although they’ve been together since 2009, A Key to Panngrieb is the band’s debut album and will only be released on Solitude Productions later this month.

How does it sound you ask? Well, apocalyptic doom is in fact a most apt description. This is some slow and heavy stuff that sounds like it would make the perfect soundtrack to the end of times. Low and rumbling with snarled vocals and depressive undertones, the music is not for the faint of heart. However like all good doom, despite the gloom there is still plenty of beauty to be found in the album.

While this may not be something you would want to put on for a warm sunny day, it is the perfect sonic accompaniment for the coming Fall season. This is a promising debut by a band with a lot of potential. Check out A Key to Panngrieb and support the band!

Check out the ‘A Key to Panngrieb’ album promo