The Skinny: Lucid Fly was formed in 2001 when founders Nikki Layne and Doug Mecca joined forced in Orlando, Florida. When it came time to come up with the perfect band name the two musicians were undecided until a friend came across an old newspaper with the headline “Lucid Flies Into the Record Book” featuring an article on astronaut Shannon Lucid who had broken the record for longest duration in space by an American and a female. With the name decided on, Lucid Fly began to make waves in and around Orlando and in 2005 released their debut EP Adapting to Gravity.

After playing a ton of shows in Florida, the band decided that it was time to head to California and the west coast to start creating a whole national fanbase. While in L.A., Layne and Mecca met up with bassist Go Nakabayashi who quit a successful band in Japan to pursue his dream of making it big in America. With a full lineup, the band released a second EP in 2007 called The Escape Stage. Recently, Lucid Fly has been working on new songs for their upcoming full-length album. As a gift to you today, we’re offering this free download of the song “Dramatis Personae”. Grab, listen and share! 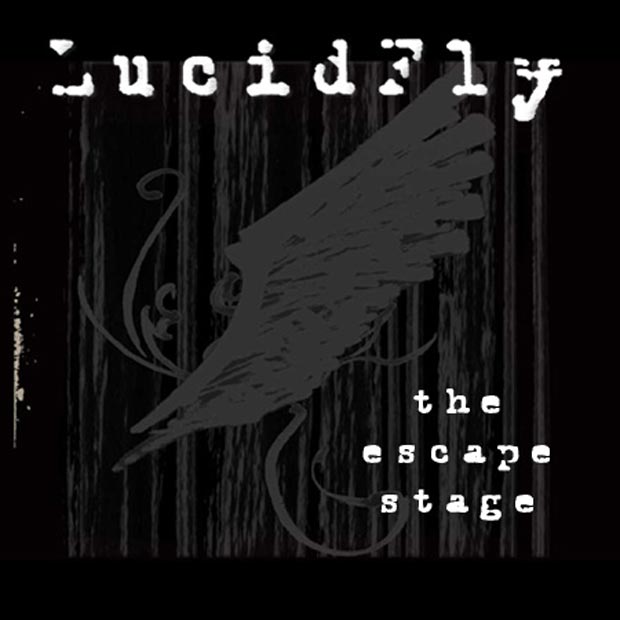