Things around the System of A Down camp have been relatively calm over the last six years with the band taking a well-needed hiatus. In that time lead singer Serj Tankian and band mates Daron Malakian and John Dolmayan have worked on various side projects including Serj’s solo project and Scars on Broadway respectively. In 2011 however, they fell back under the System Of A Down umbrella for a series of live shows, but still no new music. This year saw SOAD perform at the well-known Heavy MTL festival and now have a slew of dates with the Deftones on tap for the band this Summer. Drummer John Dolmayan sat down with PureGrainAudio.com to discuss both shows and the band’s future plans.

You’ve just played Montreal and Toronto; however, the band hasn’t put out an album in seven years. What’s brought you out on the road this year?
Dolmayan: Well, that’s a good question. I guess it’s because we wanted to tour. That would be the only reason. We don’t have an album to support. We haven’t toured on the east coast of Canada for six or seven years now, so we thought we’d get our butts out there again.

Is this a warm-up to get the band in shape before going into a studio to make a new album, or are you making a live DVD, or this just for the “fun of it”?
Dolmayan: That’s a really good question. I guess all three of those are partly true. We don’t have an approved DVD of the band out and it is something that has been talked about. It’s something we’ve been mulling over for a couple of years. We tend not to do things just to do them. We do them when they can be fulfilled in the proper way. We’re anal like that. As far as warming up for an album… One of the best things you can do is be on the road and play material before you go in and record. Unfortunately, in the present climate it’s really difficult to do that and still put out an album that everybody hasn’t already got. By the time you get out there – they’ll send you a recording of your album. You know what I mean?

Right, they’ll send you ten YouTube links to your new songs.
Dolmayan: Exactly. And then you can just call it a System Of A Down album and release it.

Check out the song: “Lonely Day”

Are you still interested in this “climate” to make a new album or have you gotten to the point where EPs and single song releases are the “way to go”? Are albums even valid in 2012?
Dolmayan: I’m not sure if they’re valid. They’re valid if you make a good album… One of the thing that brought the music industry to its knees is that people stopped making great albums and they started marketing songs (surrounding them with a bunch of shit)… you’re a music fan and you’re going to a store (everybody’s on a budget) and you’re spending you’re 12$ on a new CD and it’s got one song on it that you like. You feel manipulated and robbed. I don’t know that I necessarily blame people for what they’ve done… I blame the record companies more. In my opinion, had they gone to a five dollar format… How much money do you need to make? Go to a five dollar format… Make the CDs inexpensive and people will continue to collect them.

Especially, these days with digital downloads. In the old days, part of the cost was manufacturing, transport/shipping (to get product to the stores)…
Dolmayan: They would have had to have done that in ’98. They would have totally nipped the whole Napster thing in the bud. It wouldn’t have been worth it… For five bucks… A burger is five bucks, I can take a risk on an album. I’m going to get hours and hours of enjoyment out of that album if it’s decent…

And if it’s really good, like a KISS or Rolling Stones record – you get thirty or forty years of enjoyment.
Dolmayan: Exactly. Then you turn on other friends to it and they take a chance. The philosophy of any corporation or any leader/CEO of a corporation is “I have to make as much profit for the tenure that I’m involved. I have to make a big bonus and then go live on an island.” None of these people think long term and what’s best for this company for the next twenty years. They think, “what’s best for me for the next ten.” That’s why you see businesses (like Tower Records) that have been around for forty or fifty years disappear. 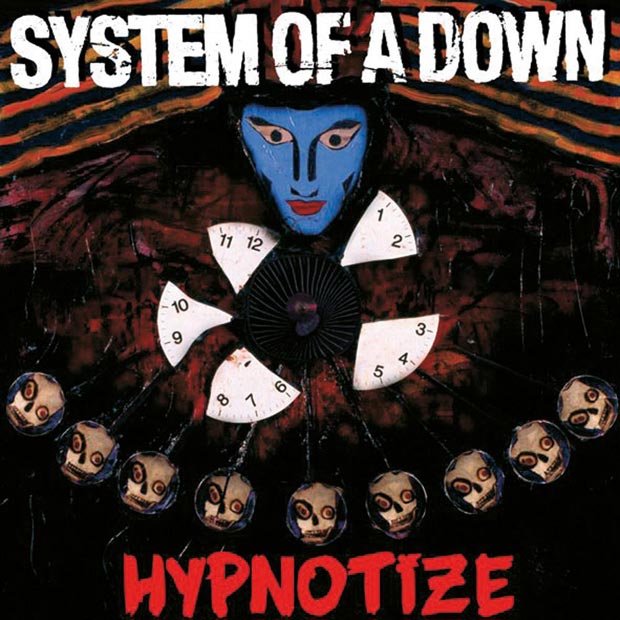 Overnight almost…
Dolmayan: Well, it wasn’t overnight, but the writing was definitely on the wall. It was no shock that that was going to happen, but how could it be? Now, you have so many different ways to get music… Forget the free ways. If you’re going to take a chance on a record, you’re going to go to iTunes. You’ll listen to 30 seconds of the songs (or whatever it is they give you) and you’ll buy the songs you like. In some ways, it’s good because it forces people to make better music. You can’t fool the audience if they listen to it and it sucks.

The band and your lead singer have always supported various causes. If you make a new album would you insist that it be priced reasonably? Would you push for that?
Dolmayan: Well, you know when you are in a partnership with a record company you’re not in a position to “insist” anything. They have a lot of money that they have to put up in order to get your album out there and make you well-known and all that stuff. So, I wouldn’t insist, but we’ve always asked that our records be reasonably priced and pretty much every record that we’ve put out has been under 10$ (I think), but also keep in mind that we craft albums. We don’t craft songs and have a bunch of filler around it. So, we feel that the audience is getting their money’s worth out of what we put out. On average, we record forty songs and you guys hear thirteen or fourteen. Different bands do things differently and for us, that’s the way we do it. Everybody benefits from it; from the label to the consumer to the fans stealing it… Whatever it is – everybody benefits from the work we put into it. The biggest benefit is us because we have that sense of pride at the end of the day.

Scars On Broadway have been silent for a few years. Will you gear up that band again anytime soon?
Dolmayan: That’s a fair question, but I’m no longer involved with Scars On Broadway, but Daron (Malakian) is and is in the process of making, recording and releasing an album (in fact as we speak). So, you will definitely hear some Scars On Broadway within the next four or five months.

That’s cool.
Dolmayan: And it’s a good album by the way. 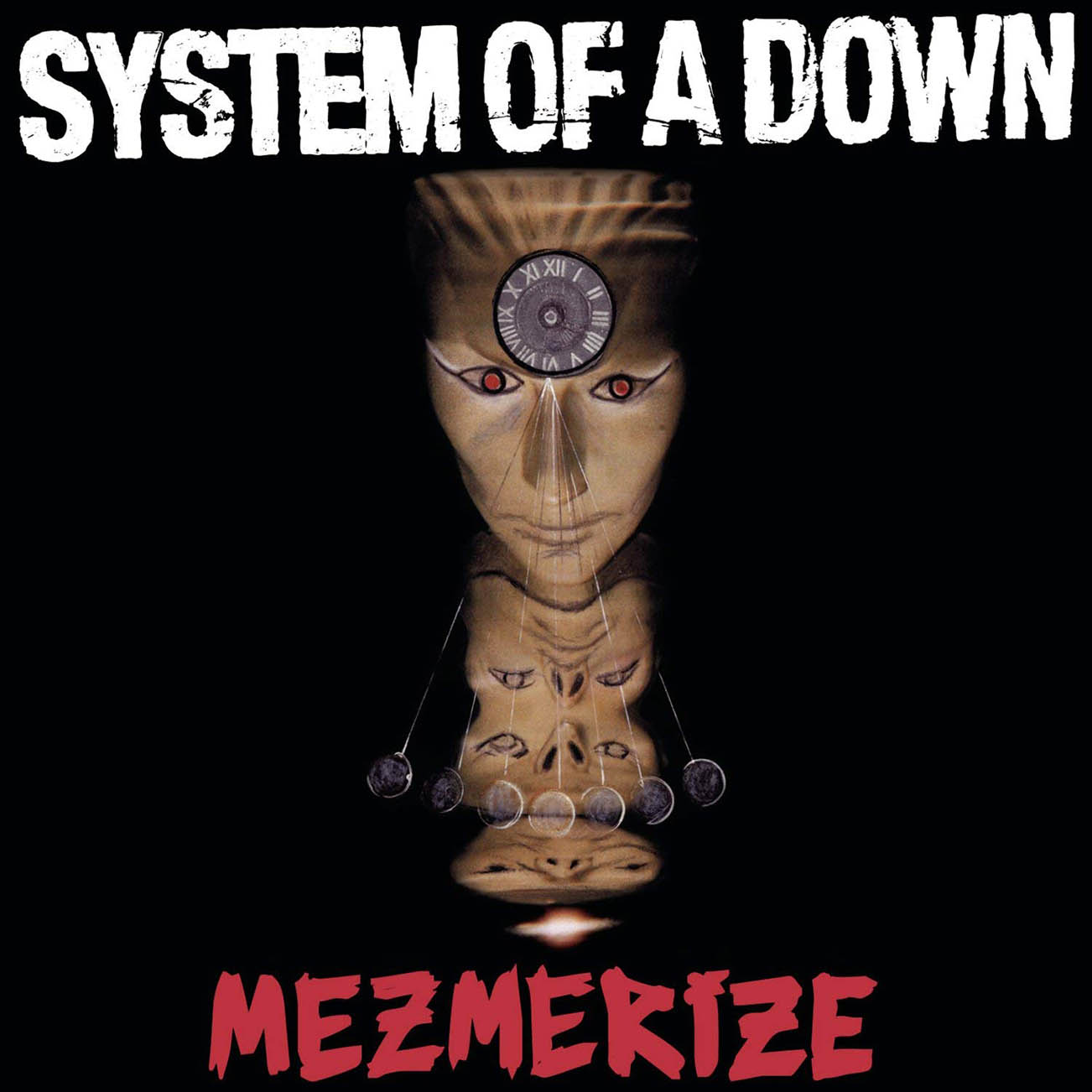 Let’s get back to System Of A Down’s current tour. Heavy MTL and Heavy TO were festival dates and other than that you’re on tour with the Deftones. Is it different for you at all playing festival dates – knowing that fans are there since noon and by the time you play they’ve been in the sun for nine hours? Do you prepare differently? Do you do anything differently for the fans?
Dolmayan: We don’t do anything differently. They should think of doing something differently like hydrating, pacing themselves, trying not to get kicked out before we get on… Those are things they could try to do to benefit from the festival atmosphere. You can have a lot of fun at a festival, but you have to go there with the knowledge of “hey, I’m here the whole day. I’m not going to go insane and get kicked out at two o’clock in the afternoon or get arrested. I’m here to have a good time.”

Did you bring him to Montreal?
Dolmayan: Absolutely NOT. I couldn’t afford the bail.

When was the last time you actually played in Montreal?
Dolmayan: I think we have to go back to 2006 or maybe even further back. I’m hoping the last time wasn’t during the Toxicity record. That was a long time ago. I think the last time we played might be 2002 or ’03.

Check out the song: “Question!”

Outside of System and since you’re no longer involved with Scars is there anything else from you the fans can look forward to?
Dolmayan: They definitely can. I’m doing things outside of music…

Such as…
Dolmayan: Mostly creative writing – short stories (that type of stuff). It’s looking like one or two of the ideas are going to be picked up and published as comic books.

Really? Were you at the recent San Diego Comic Con?
Dolmayan: I do it every year. I have a pretty big presence there – I buy and sell books. I’m a huge nerd. I walk around. I watch people in their outfits and you will never ever go anywhere where people are friendlier than a comic book convention.

What kind of comic books are you looking to publish? Superheroes…
Dolmayan: The ones I’m writing have a couple of different ideas. One is Zombie based because I love Zombie stuff. I’m a huge ‘Walking Dead’ fan. That actually influenced me to write the piece I wrote. It’s not the same as ‘Walking Dead’, but there are certain elements that are reminiscent. Everything Zombie Apocalypse is based on the same ideas… Zombies and the Apocalypse. Where you go with it from there is up to you, but I think people will enjoy the spin I’ve put on it. I’ve tried to make it a little different.

Is there a title?
Dolmayan: Ah, no not really. I’m horrible with titles.

Will it be out later this year or 2013?
Dolmayan: There’s a possibility you’ll see it before December, but it’s more likely that you’ll see it in 2013. The book will probably be released by DC Comics. We haven’t inked the deal yet, so I can’t talk about it too much.