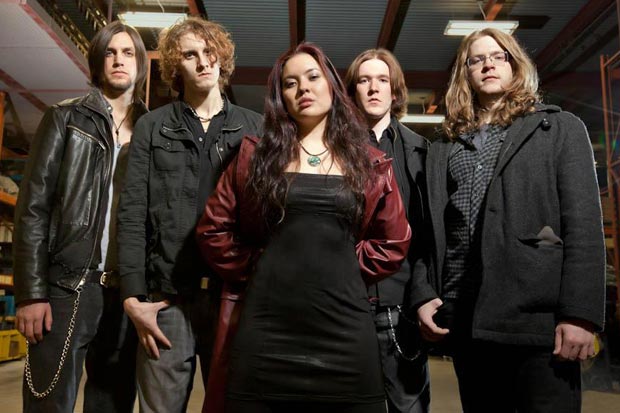 Windsor, Ontario natives Perpetuate released their self-titled EP back in April of 2011, but only recently released their official music video for the song “Above and Beyond”. The band syle-wise sound like Iron Maiden at their prime with vocalist Kim McInnis playing the female version of Bruce Dickinson. Recently Kim, along with guitarist Jamie Hush, took some time to talk to me about the band and the album.

I really enjoyed your EP! My understanding is it came out last year, correct? Have reactions been positive?
Jamie: Reactions have been awesome! We’ve been getting lots of positive reviews from friends and fans. It’s helped us land dates across Ontario.

Kim: The best thing has been hearing from fans in other countries who’ve somehow stumbled upon our mini-album. CDN Records helped us get into Century Media and The End’s online stores, and every once in awhile we’ll get a message from someone in Kenya or Syria who likes our CD. It’s really incredible; I feel humbled every time.

Can you go over the band for those unfamiliar with you?
Jamie: Perpetuate is a cross between Iron Maiden and Evanescence, blended together with a pinch of Dream Theater. We like to call ourselves a power thrash band, so expect fast-paced songs mixed in with super catchy vocal hooks and guitar leads.

Kim: Our focus is on crafting solid, memorable songs with tasteful shredding and the odd high-tension, progressive moment.

I saw on your webpage you guys have toured Ontario. Any goals to tour the rest of Canada?
Jamie: We really want to hit up Quebec. I’ve been back and forth with a few promoters, but so far it hasn’t made sense for us financially. Right now we’re trying to build ourselves up around the Toronto area so we can establish ourselves in enough cities to do longer tours in the future.

Check out the song: “Above and Beyond”

I really love the fact you guys show a lot of Maiden influence without going into copycat mode. What other bands influenced you?
Jamie: Number one influence for me personally is Trivium. They’re the reason I started playing guitar and the reason I bought a 7-string guitar. However, I’m also a huge fan of how bands like Kamelot and Tool can write these multi-layered, huge-sounding build ups. I’ve also been getting into bands like Meshuggah, Periphery, and Tesseract and love the rhythms they come up with. Funnily enough, most of us never really listened to much Nightwish, Epica, or any of the other well-known female fronted metal bands. The songs I’ve heard from them are awesome and we would love to share the stage with them, but I’ve always been more into thrash and progressive bands, like Metallica, Megadeth, Dream Theater and Opeth. I think that sets us apart a bit.

Do you have any plans for a full-length?
Jamie: We have a couple new songs that we’ve been testing out live and a bunch of half finished ideas and demos. Right now we’re aiming to get a full-length out for early 2013, in time for some larger tours we have in mind.

Do you foresee ever being able to do the band full time or is it strictly a hobby?
Kim: Perpetuate is definitely more than a hobby. We’d love to be able to quit our day jobs and focus on the band full-time. But do I foresee that we’ll be able to? It’s tough to say. The music industry is very complicated right now. Fewer artists make it to the big time, but there are plenty of successful artists who produce albums, tour independently, and have devoted fans; all while living humbly, even completely unknown in their hometowns. My personal goal is to keep making music for as long as I can. If I have to teach or work for The Man by day in order to do that, so be it. 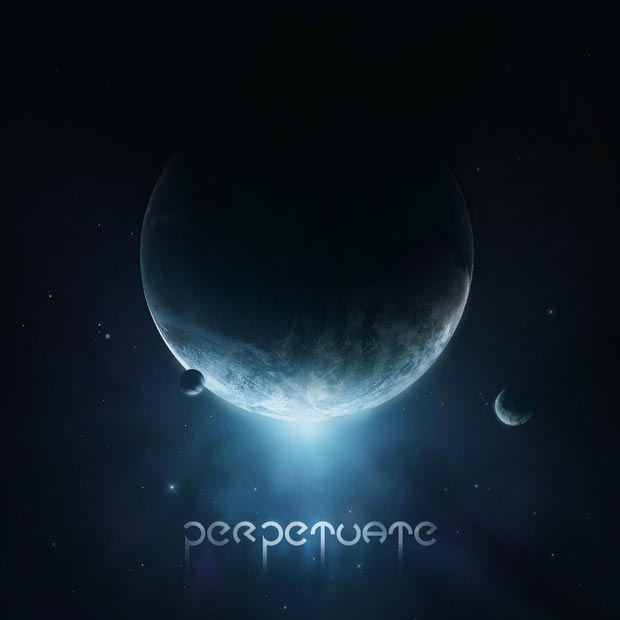 Have you found that it is harder in Canada to get recognition in a metal band? I have heard Ontario is tough for metal bands to break out of.
Kim: Windsor, the city we’re from, is pretty isolated from the rest of Canada. Detroit is only a stone-throw away, so culture here is a lot closer to the States. I think it’s a challenge not because we’re a metal band, but because we’re a female-fronted power-thrash metal band. [laughs] We fit much better in a European tradition of metal, and around here we play mostly with death metal bands or radio hard rock bands. But, we’ve been lucky to have a lot of support from our local community, and the Canadian government has great programs for supporting artists. It’s not easy, but right now, I don’t think I’d want to be anywhere else.

Any plans to try and get picked up by a bigger label or do you feel they are no longer necessary?
Kim: Having the support of a big label would certainly help our chances of getting out to the people we want to reach. But even though it’s a lot of work, we like being at ground-level and being in charge of our own decisions. When the right label comes around, definitely. Until then, we’re not in a hurry.

If you could pick opening for any band who would it be?
Jamie: I’d love to open for Trivium; might be a bit tricky since we don’t do any screaming in our songs though. I think it would be awesome to tour with Kamelot.

What’s your favorite Maiden album of all time. Also do you like their post 2000 work or no?
Kim: My favourite is actually Brave New World. I like Maiden’s proggier side, and of course I’m partial to keyboards. I really respect how devoted they are to exploring on their new records, rather than just repeating the same old formulas or touring the same old songs. That’s the way I’d want to be doing it, if I’m still doing this in 35 years.

Anything else you want to say?
Jamie: We’re always down for gig swaps, so feel free to shoot us an email at info@perpetuate.ca if you’re in a touring band! Also, check out our website and sign up for our mailing list, we’d love to keep in touch with you.

Check out the song: “Medusa”