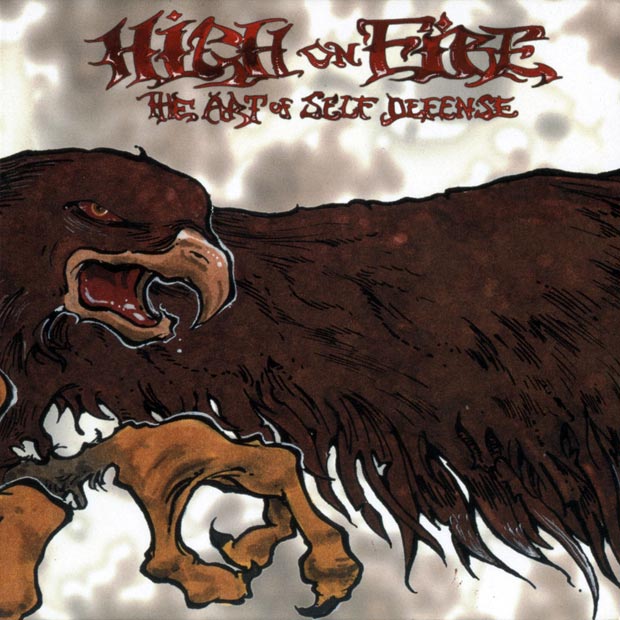 High On Fire – “The Art Of Self Defence” (Reissue)

When it comes down to stoner rock/metal one of the biggest names around is High On Fire. Matt Pike and Co released a new album some time ago now, so it’s a good excuse for Southern Lord to dust off HOF’s much coveted debut album, The Art Of Self Defence.

Originally released on Man’s Ruin, the album has lost none of its potency and ragged charm. Celtic Frost, Kyuss, Black Sabbath and Motorhead are clear sources of inspiration here, but the band’s songwriting prowess (killer riffs and solid grooves included), really comes to fruition on tracks, like “Baghdad”, “10.000 Years” and “Master Of Fists”. From there Matt Pike’s anguished vocals do the rest.

Southern Lord did put some work into this re-release as the true gems are the album’s last four songs. These include the demo versions of the aforementioned “10.000 Years” and “Master Of Fists” plus a great rendition of Celtic Frost’s “The Usurper”. Oddly enough, the demos sound better than the album cuts themselves. Often re-releases of famous albums tend to be cheap cash grabbers, but this version of

Check out the song: “Baghdad”