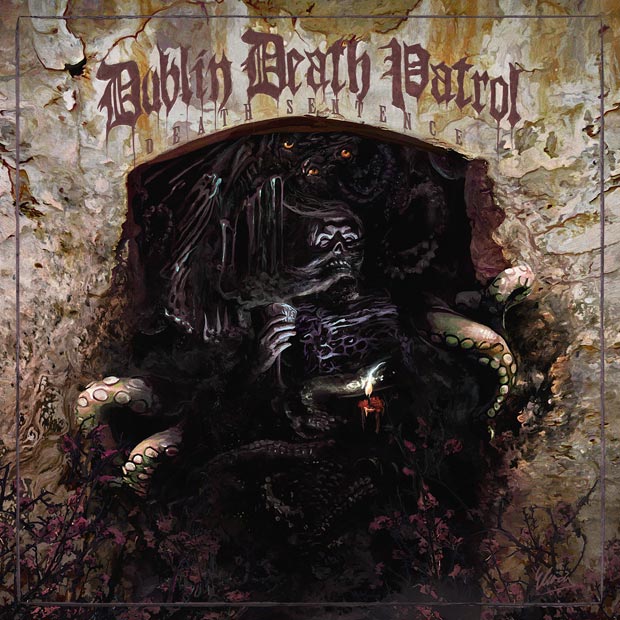 Dublin Death Patrol is a band, or rather a musical collective, made of seasoned members from the once thriving Bay Area thrash metal scene. Chuck Billy from Testament and ex Exodus singer Steven Souza are arguably the biggest names participating in this project.

Originally released in 2011, Death Sentence is the second album by these thrashy Dubliners. It’s pretty much a continuation of what the gents did on the first DDP record, namely relentless thrash metal in the vein of early Exodus and Forbidden. Most songs are fairly basic in structure and approach, but the sheer fun and raw energy makes up for that. Chuck Billy’s mighty roars and the razorsharp screams by Steven Souza give Death Sentence its metallic edge.

It may be a mere question of personal taste, but I’m not too thrilled about the somewhat thin and flimsy production. A thicker and more aggressive sound would improve the overall quality a good bit. Death Sentence is a very fun record, but I wouldn’t consider it anything essential. If you like something a little more advanced I happily recommend the last albums by Testament, Exodus and Machine Head.