The Skinny: Sean Ragon has been active in the DIY punk, industrial and experimental music communities on the east coast for over 15 years while also running a record store and label in Brooklyn (Heaven Street and Blind Prophet Records, respectively). He has been recording under the moniker of Cult of Youth for the last five years. Their last album, produced by Chris Coady, was a huge leap forward for the band, which has expanded to a four piece. It landed them on tours with Zola Jesus, Cold Cave and Iceage last Summer and caused quite a stir; not only among more indie-centric press outlets such as Pitchfork and Stereogum, but with underground publications such as Heathen Harvest and Special Interests magazines as well.

For this album, Ragon built his own recording studio from scratch in the back of his record store. This allowed him to control every aspect of the album and to take his time recording; he plays five different instruments on LWP and also engineered and mixed the album by himself. The record features contributions from Glenn Maryansky on drums and Christiana Key on violin as well as percussion from the enigmatic Ning Nong and female vocals from former Battletorn vocalist Beverly Hames. For long time fans of the project, Love With Prevail sees the marriage of the spontaneity of the earlier releases with the better recording quality of the more recent eponymous LP.

This album expands on the psychedelic neofolk foundation of the early work and adds lush atmospheres not dissimilar from Austrian post-industrial futurists Novy Svet (or even the more haunting side of late-60s Miles Davis). There is also an international nod to the Crass Records bands that influenced Ragon as a teenager and a tasteful hint of Velvet Underground worship. The lyrical content is also fairly politically changed this time around, and serves as a plea for peace in a world gone mad. The first single, “Man and Man’s Ruin” finally realizes the majestic beauty that has always been bubbling under the surface of Ragon’s work. Love Will Prevail is by far and away Ragon’s crowning achievement and the true embodiment of DIY idealism. 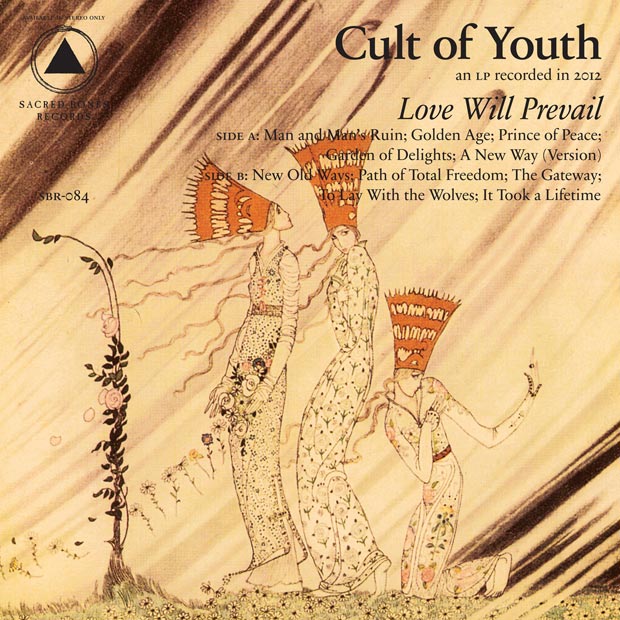