The Skinny: New Zealand has always quietly harbored a breeding ground for unconventional yet outstanding metal acts: think Diocletian, Exiled From Light, and Barshasketh. The most talked about newcomer and latest export is Wellington doom metal outfit Beastwars, “a mongrel mix of Kyuss, Neurosis and the mighty Godflesh,” who have built a solid reputation with their aggressive live performances and ferocious sound. Before you read on, fire the free download of their song “Damn The Sky” and hear for yourself.

Beastwars’ debut, a massive self-titled full-length, nominated “Best Rock Album” at the NZ music awards, will be available for the first time in North America on September 11, and one day earlier in the rest of the world. In addition to heavy touring in support of the album release, the band recently premiere their song “Cthulhu”. “The idea for the song was to create some music that felt like a huge sea monster. Coincidentally, we recorded the album in Dunedin, New Zealand, which is the same city where H.P. Lovecraft’s crew set off from in the story “The Call of Cthulhu” said the band. Beastwars will be released worldwide via Destroy/EMI on limited edition white vinyl, cassette and digitally September 11, 2012. 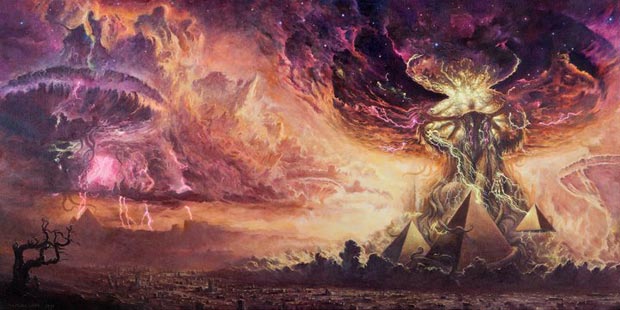