…And Justice For Art: Archaios’ “The Distant” – A Third World’s Cry of Emptiness

By the time Dominican Republic‘s melodic death metal quintet Archaios got signed by Tampa Bay’s Dark Canvas Records, they had already been fighting for more than 15 years to survive as a band without the support of labels, proper management or a worldwide fan base. Up until that moment, the metal world didn’t know much about their lethal mix of sheer brutality and melodic prowess. That would all change; however, with the release their sophomore recording The Distant. 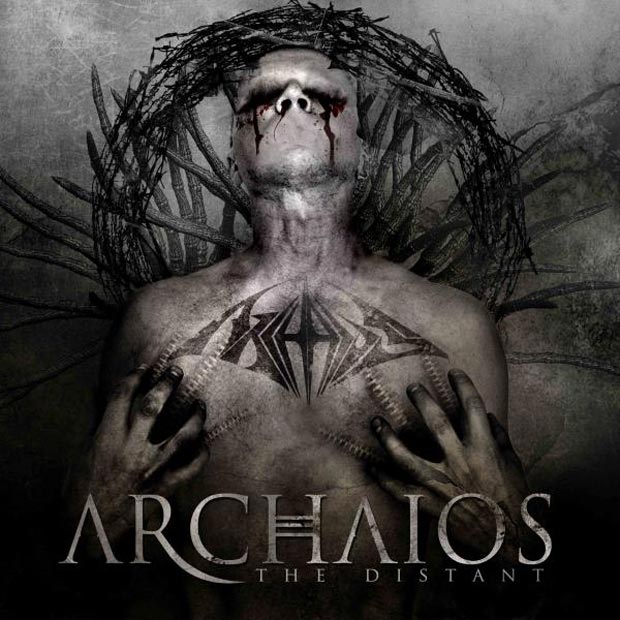 At first sight, the album’s cover art, despite its unquestionable visual impact, doesn’t greatly set itself apart from other digital-oriented artworks. This said, once you delve deeper and uncover the band’s dramatic story and how they ended choosing that particular visual piece, it becomes almost impossible not to feel a personal connection with Archaios. Their endless battle with being misunderstood and discriminated against in their own country is a sad, but true reflection of what happens with many bands as they try to keep alive the flame of metal in Third World countries.

Partnering with a label brought Archaios plenty of new opportunities, including the possibility of working with a proper designer for the cover of The Distant. But before all of this would come to fruition, fate had some initial setbacks in store for the guys. “We were working with a very skilled artist and good friend of ours” remembers band founder and lead guitarist Eric Cruz, “but he had a different perspective than us. We could see from the start that his work was very experimental and psychedelic and that wasn’t going to work for our purposes. We needed something darker to reflect the album’s music and lyrical subjects.” 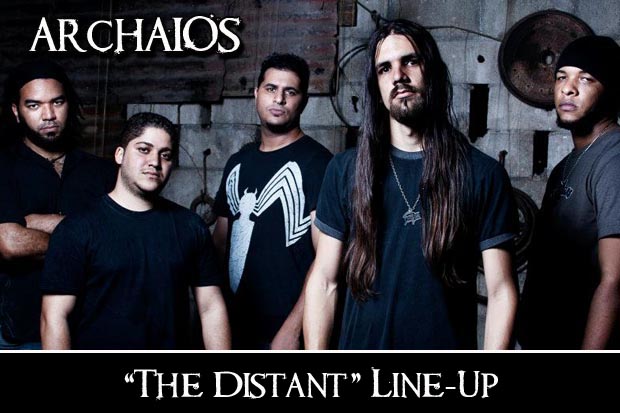 Indeed The Distant‘s first sketches were very interesting and rich in symbolic nuances. However, as the album was going to become the first Dominican metal recording released outside of the country, the band felt that something more visceral was needed. Something capable of conveying the sentiment of despair and frustration that comes with being a metal band on a Caribbean island. It needed to become a statement not only for the band, but also for everyone who chooses metal as their way of expression while living in a Third World country. In that regard, the initial art was simply not hitting the mark.

After spending several months working on different versions (at one point one of which even included the image of a cosmonaut), the quintet decided to start looking for a new designer. Ironically, this happened at a moment that the recording was recovering from an unexpected turn of events. “Around that time” Eric recounts, “we lost the first round of final mixes due to a hardware malfunction and Dark Canvas decided to send the material to be mixed on a professional studio in the US with Kanky Lora (Cavalera Conspiracy, Straight Line Stitch) at the helm. Then, we began to search for a new designer, one that could give us what we needed while staying on budget.” 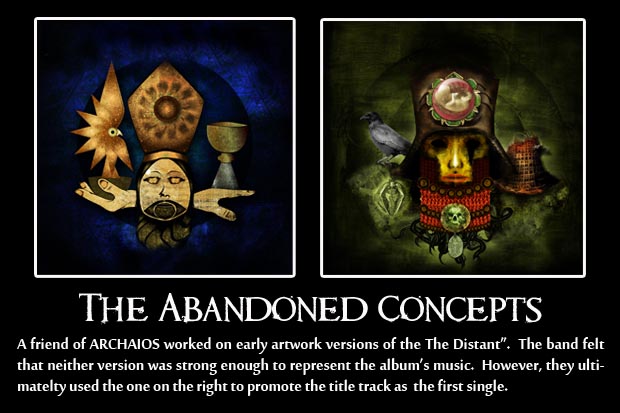 That’s how they found Carlos Fides, a Brazilian artist known for his work with bands like Narnia, My Fair Lady and many others. “After looking for weeks on the web, our manager found a really cool gallery from Carlos that included many interesting works including the one we ended choosing for The Distant“. The first time Eric saw the artwork, a sort of epiphany occurred: “Right from the start we were looking for an artwork that would make you crave for the music inside and there it was: The first time I saw it I just couldn’t believe it; it represented exactly everything we had to endure to finish the album and more.”

What Eric is referring to with “…and more” are all of the hardships the band have endured over the years in their country; where they have been wrongfully accused of promoting Satanism, drug trafficking and public disorder. The cover image focuses on a human male figure contorting in pain, shedding tears of blood and trying to scream despite not having a mouth. “What amazed us from the beginning” says Eric, “was that it wasn’t something originally conceived for the album, but it fitted perfectly to the point that it even suggests specific words in the lyrics. We felt so identified with it in the first place because we feel that we have cried tears of blood and faced many setbacks to get some international attention and yet, we still don’t have a proper voice in our own country. But that’s the way it is in Dominican Republic, where conservative and political institutions tend to manipulate everything related to metal.” 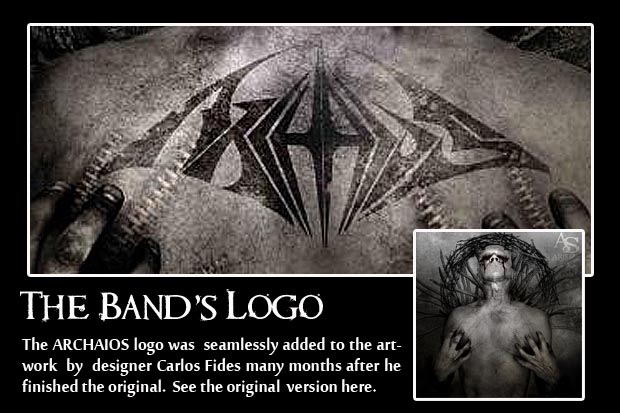 The artwork was created by Fides months before the band contacted him. Afterwards, he added Archaios’ logo to the human figure’s chest as well as the album’s name. Stylistically, his work is clearly influenced by contemporary maestros like Travis Smith and Gustavo Sazes, who usually utilize a mix of photo-realistic elements and digital imagery. In general, the artwork doesn’t reach the high-end finesse already present in some of the best pieces from the aforementioned Smith and Sazes. Despite this, it possesses a powerful iconic appeal that ultimately has helped the band to attract the attention of metal audiences and also, to finally gain credibility. “I’d like to believe that we have gained new fans only because of the music or the efforts of the PR and the label, but for me there’s something else. So far we only have had limited distribution in stores, but we’ve been able to sell most of the units we’ve been selling there. I’m convinced that part of that modest success has something to do with that cover.”

Definitively not bad at all for a band hailing from a Caribbean country totally unknown for its metal production. As Eric summarizes: “Before we got signed, we never had considered getting artwork from an international designer since budget limitations would have made it impossible. For us, finding The Distant cover meant a step forward in finishing the record. It’s been the first time a Metal band in the Dominican Republic has been able to have such a fine cover artwork.” Surely, this is just a small step for the advancement of global extreme music, but for Archaios and the Third World’s underground metal scene it means a gigantic leap towards international domination. Horns up! 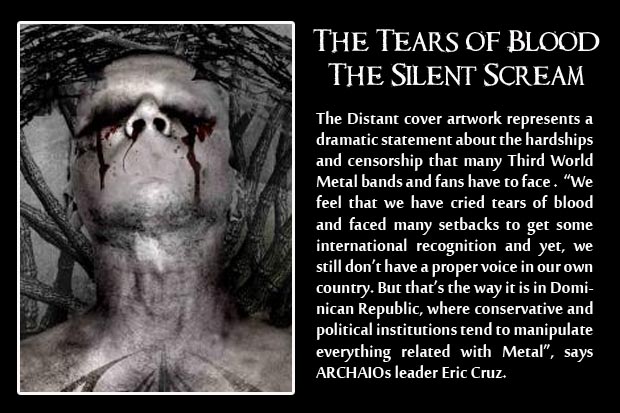 Coming Next Week: Pantera’s “Vulgar Display Of Power” – The Truth Behind One of Metal’s Most Mythical Images
Previously on AJFA: Anthrax’s “Among The Living” – An Intriguing Painting for a Thrash Metal Masterpiece