Day 13, 14, 15, and 16: Fullerton, Camarillo, San Jose and South Lake Tahoe, California: It seems as though the last four days have been more of a vacation than a cross-country tour. We had short drives which means we got to spend our days at the beach instead of the van! We all still have the sunburns to show for it as well. Which I defiantly got hit the worse with. I decided to take a two hour nap on Venice beach which is a bad idea for a fair skinned Canadian. Also, nobody told me I should brush away any sand that piles up on your body. I currently look like a red and white dairy cow. Blotchy, pale and sore.

The shows have been the best of the tour thus far. We’re well settled into our tour groove and luckily we had the audiences to showcase this in front of. To say the least California has been a blast!

I’m kind of strapped for things to say I’m not going to lie. So I’m going to keep this short and sweet. We have a twenty hour drive tonight after our show in South Lake Tahoe. Luckily our show in Utah got cancelled so we have a day off to do it. Our first day off since we left. As much as I hate long drives at this point I’ll take it. We can all use the break.

Day 17: Day off. I wrote this blog for Dave on the last tour. We’re doing a 17 hour drive today and I think it would be appropriate to just repost. Because I feel the exact same way…How to make your van smell like Today I Caught the Plague. By Ben Davis

First grab 6 of your best buds, the hairier the better. Make sure you pack lightly, we don’t want you to have many clean changes of clothes. Perform and sleep in those clothes. Don’t wear socks. Your shoes will really seal in all the natural aromas you just can’t appreciate in socks. If you must wear socks, be sure when you take them off to hide them in every hidden crevasse in your tour van. They ferment like a fine wine, and when you’re bored it like easter egg hunting.

Forget your shower necessities at home. We wouldn’t want you to catch a shower while we’re not looking. Changing your underwear is bad luck. While on a 30 day tour you don’t want to wish those bad omens on you. Do ya?

Eat every meal in your van. And remember “you don’t make friends with salad”. Only drink gas station coffee, and load it with cream. It’s a great way to clear your digestive track. Sleep in your van with all the windows up. It’s a great alternative to your regular sauna. McDonalds is a cheap and fast way to sneak in all 4 food groups. Meat, cheese, bread and pickles! Make sure you leave the last little bit of fast food in the wrapper when you throw your garbage away in the van garbage bag.

bored 1 |bôrd| adjective: feeling weary because one is unoccupied or lacks interest in one’s current activity : she got bored with staring out of the window | they would hang around all day, bored stiff.

Day 18: Denver, CO: We finally made it to our hotel! That was a long drive to say the very least. Today turned out pretty alright though. Well at least the first half did.

To start off our day I woke up around noon, did some much needed laundry (first time in two weeks) and ate a great breakfast at the hotel restaurant. Sometimes you just need to spoil yourself right? The rest of our afternoon was spent poolside. Catching well deserved rays, not that I really need anymore…However the next part of my day just went so downhill. I had my “most embarrassing moment” at the show tonight.

Before we played tonight Eric, Matt, Steve and myself decided to grab some drinks at a bar nearby. Well, the place we went to was about a 15 minute walk from the venue, but they were selling pitchers for $6. Perfect for our current financial situation. We were there for a good hour or so before I decided to head back early so I could warm up for the show. We were set to go on stage at 9:30pm and it was probably 8:45pm at this point. As I’m walking back I see all the landmarks I saw on the way in. Perfect, I must be on the right path! I must tell you I have the worst sense of direction of all time. Even in my own city I get lost on a regular basis. I’m walking, walking and walking and I just can’t seem to see the van and trailers anywhere? No sign of the Marquis Theatre where we were playing? I finally turn a corner only to see a big lit up sign, not for the Marquis Theatre but for The Wrangler Bar. The bar I had just left a half hour ago. In a panic I ran inside and asked the door guy if my friends were still around. He told me that they had left twenty minutes earlier. I asked him the time and he replies 9:15. In an even bigger panic I asked him the directions to the Marquis Theatre. I go on stage in 15 minutes! He said he had never heard of it before. He said he could call me a cab but it would take a long time. I ignored this request and made a bolt for it. I ran up the street and stopped the first people I saw. They iPhoned the directions for me and told me it was too far to walk. Obviously this was wrong. They recommended I catch a bus. Are you kidding me? I need to be there in 10 minutes, it’s not worth the risk. So, I continued to run up and down the streets. I ask a couple walking down the street. They also have to iPhone the directions. I must mention I don’t have an American phone with me while I’m in the states. So I have no means of contact with my now very worried band. They gave me a bunch of crazy directions so I just start running again. It’s just a few minutes until showtime at this point and I’m completely lost and haven’t seen a cab all night. Then finally at 9:29pm I see my Persian, cologne soaked, cab wielding, knight in shining armour! I ran out directly in front of him, stopped him and asked him if he knew where the Marquis Theatre is. He has no idea. Seriously Denver? He iPhoned the directions. (Note to self, get an iPhone) and took me there in less than 5 minutes. I’m not even going to begin to tell you how close I was the entire time. The first site I see as I busted out of that cab was Jelko standing anxiously on the side walk yelling at me “you’re on stage right now”! I ran inside, pushed through the crowed, jumped onstage, luckily my gear was set up thanks to Steve, tuned my guitar and played the set as if nothing happened. Apparently, the band had been set up for 15 minutes before I got there. They were killing time by going to the bathroom, and were genuinely worried for my safety. I’m always early for shows, this was very out of character for me.

I guess the night could have turned out a lot worse. If I would have shown up 1 minute later, the band would have been performing minus one guitar player. What a stressful night! We play Kansas City tomorrow. So we have a 9 hour drive over-night. I’ll probably sleep like a baby after my shotgun shift.

Day 18: Kansas City, MO: It was so hot today it was almost too hot to be outside. Much too hot for us warm blooded Canadians. However, I found Brisk Iced tea today. Real iced tea. In America when you order iced tea they give you what they call sweet tea. It either has too much or not enough sugar and tastes like garbage water. So the Brisk was a nice taste of home.

The show today was great. The local opener were wild, they were called “David Hasslehoff On Acid”. Probably the best opener of the tour. It was like Pink Floyd meets the Dillinger Escape Plan. The name gave me a good laugh too! One of the guys gave us a place to stay tonight as well. He has a couple dogs too. One of which is a fully grown Great Dane. Definitely the biggest dog I’ve ever seen. It’s like petting a house horse!

Day 19: St Louis, MO: Holy Venue change Batman! This is what may have been said if somebody told us the venue changed. We most certainly were not informed of this though…Luckily Scale The Summit wrote on their Facebook page that the venue was changed. We got to the venue late and still made the show. We must have waited outside the original venue for about 2 hours before we realized something was off. You could say our spidey-sense was tingling. Hotel sleep tonight and away we go!

Day 20: Des Moines, IA: The only thing I know about Iowa is that this is where Slipknot is originally from. Other than that today was brand new to me. When we got into Des Moines it started to pour rain. It was coming in sideways, the sewers were over flowing, the van was sliding everywhere. It was a pretty stressful drive. I can’t say load in was that much fun either. The rain was on and off so we had to load in in sections to avoid a major downpour on our gear.

I had some friends come out to the show tonight. They drove for five hours from Chicago to see us play! It’s always nice when people do things like that because if anyone knows how much it sucks to drive for hours on end, it’s this guy! It’s always much appreciated! Unfortunately, they were the only ones who came and saw us play. I guess the rain put a big wooden stake in everyone’s plans.

I can’t wait to be home! One more day left until we drive for 25 hours back to Ottawa. That’s a doozy…

Day 21: St Paul, MN: Today is our last day! I can’t stop thinking of all the things I want to do when I get back home. Sleep in MY bed! Eat food that is not between two pieces of bread or has melted cheese all over it. Wash all my clothes. Lie on my couch for an entire day. Get back into my work out routine. I’ll probably do all this on repeat for the next 2 weeks.

Seriously though, the last three weeks has been a blast. The fact that we can go across the United States of America twice within a 3 month period is an incredible experience. I’m so thankful that I can be a part of this band and tour! Again, Scale The Summit are an Incredible bunch of musicians and dudes so if you haven’t checked them out do it immediately! You won’t regret it!

It’s been a pleasure to blog this entire tour. I hope that when we do this again that you all keep reading! 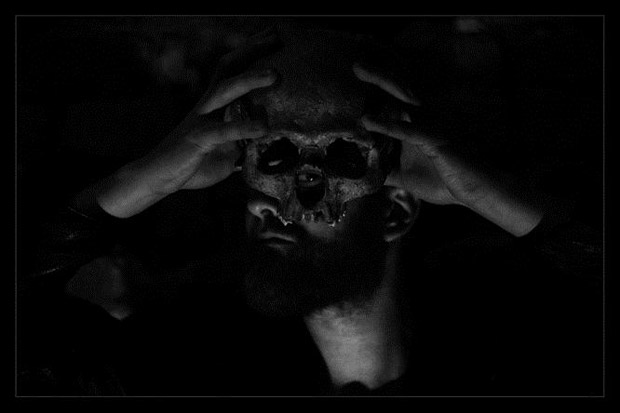 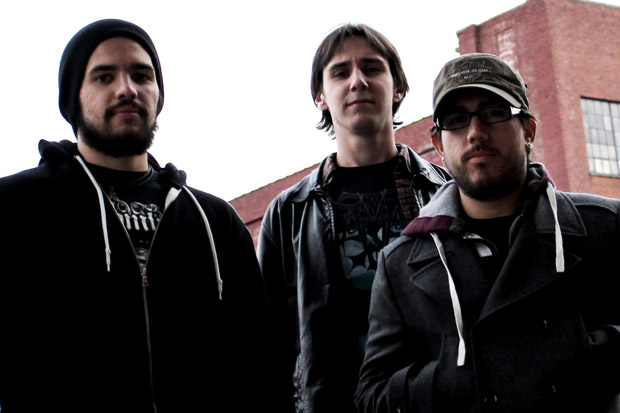