Darren King, guitarist and vocalist for the experimental rock/metal band The Overseer, recently took a moment out of his busy schedule to speak with me about the gear he used when he was in the studio recording the band’s newest release We Search, We Dig. Here’s what Darren had to say and how the conversation went.

What kind of gear did you use when recording We Search, We Dig?
Darren: The main guitar used on this record was a Gibson Les Paul Custom with a Seymour Duncan JB in the bridge. Others were used for various parts and doubles, like my 335 and a LP with P90s. The main amp for the rhythms was a Marshal JCM 800, for leads it was my Orange TH30, and cleans was a Vox HW Ac30. Various effect pedals were used like some vintage EH pedals and an old tape delay they have there. 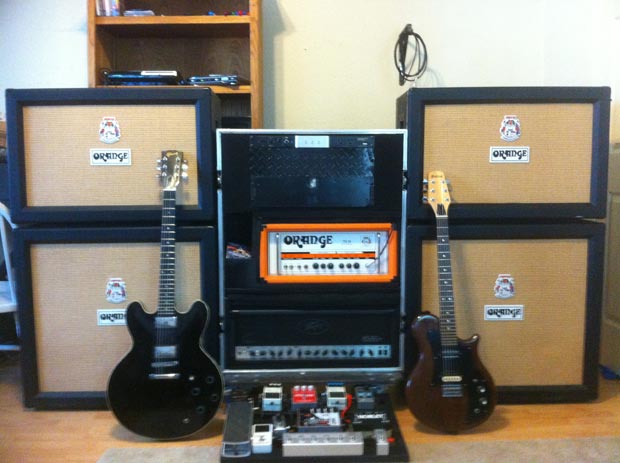 Besides guitar what other instruments do you play?
Darren: I dabble with the piano. I own a 1971 Rhodes 73 (which you’ll hear throughout the record). Also I play the mandolin and whatever other folk instruments I can get my hands on.

How many guitars do you own?
Darren: Currently I only own 3. A 1990 Gibson 335 with no f-holes, a 1979 Gretsch BST, and then a Fender Tele that I’ve converted to a baritone and done countless other things to. I like having guitars you don’t see on every other tour. 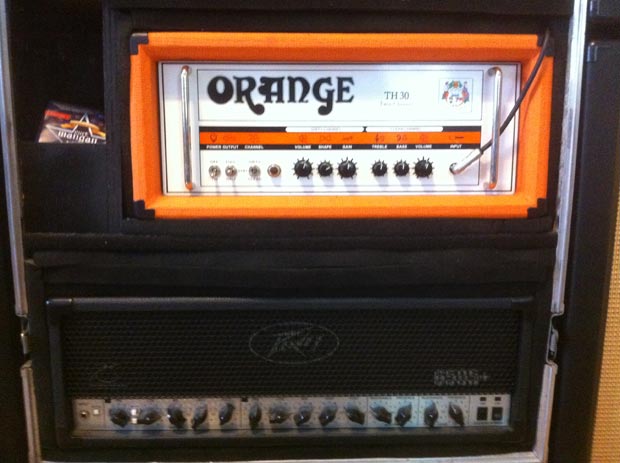 Do you use special tunings on guitar?
Darren: For this record, Drop C and Open D minor.

What is the most difficult aspect of recording your distinctive guitar sound?
Darren: It really wasn’t that difficult. I like real guitar tone. Something raw and not too produced, and that’s what “Glow in the Dark” does best, so it was fairly simple. I tend to run a lot less gain than most bands in our genre. More volume, less gain. It just sounds punchier to me. 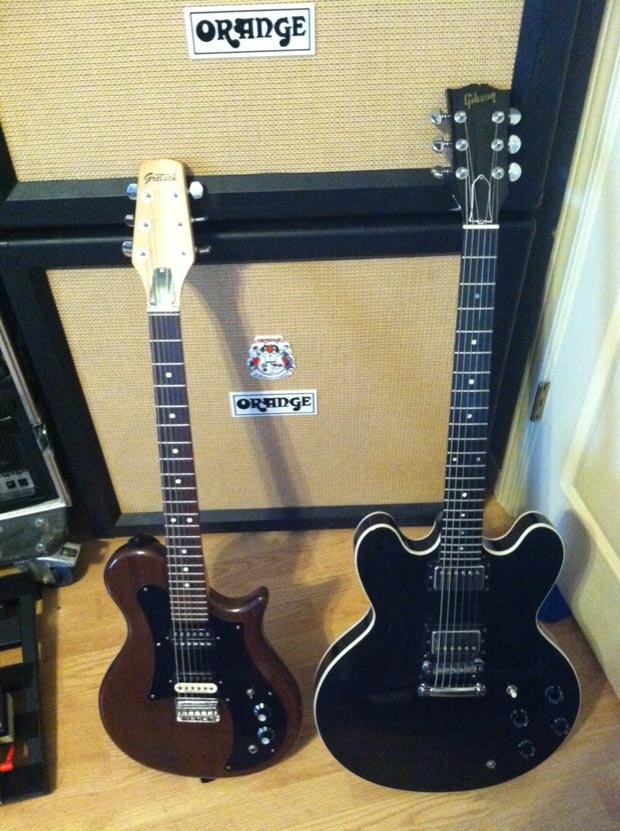 Overall, which guitarist have you been the most inspired by?
Darren: Dave Grohl, Teppei Teranishi, Jonny Buckland and Jimmy Page. I like musicians who just do their own thing, and the rawness of these players just seem to capture my attention.

Past or present, other than The Overseer, if you could be the guitarist of any other band, who would it be?
Darren: Foo Fighters. Hands down! 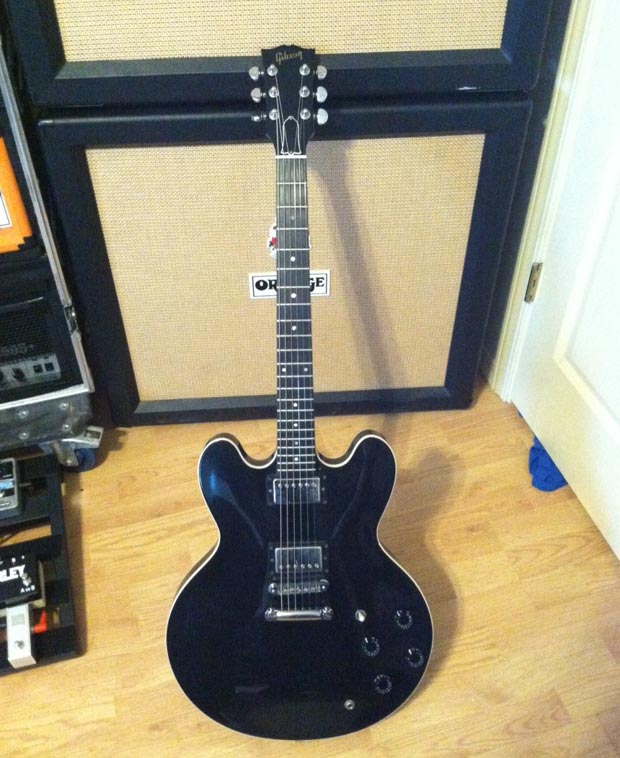 Did you have formal education on the guitar?
Darren: Ha! No. I know ZERO theory. I’m actually a bass player who’s still trying to figure out the guitar.

Do you think about distinguishing the guitar performance and sounds from release to release?
Darren: Of course! We’re a band that believes in progression. If we’re not progressing into areas we’ve never been then what’s the point in writing new music? And as far as sound, I’m always getting new/old gear or swapping stuff, so I’m sure things will sound different. 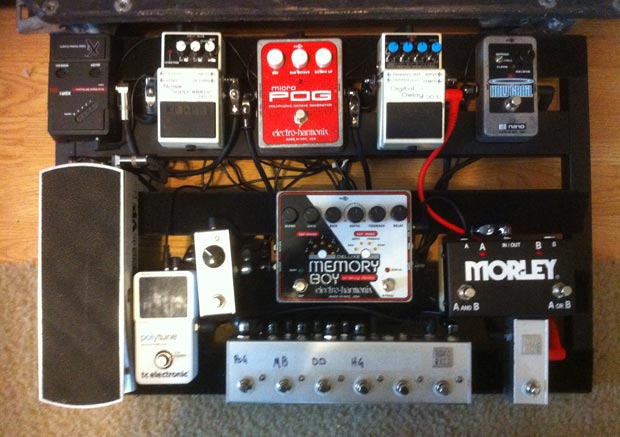 Check out the song: “Amend” 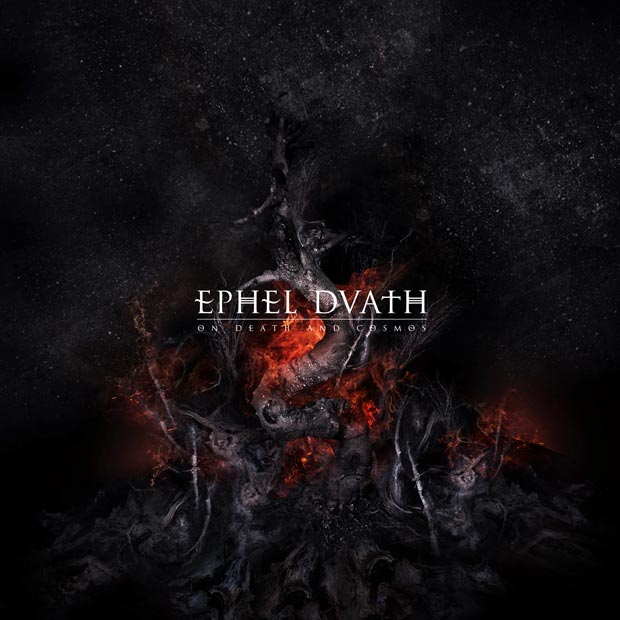 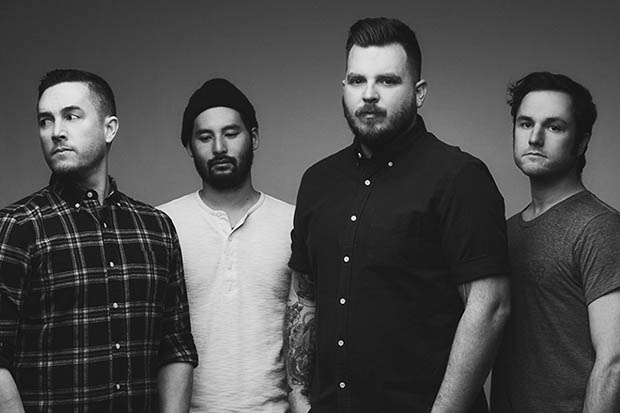