“Shoegaze” bands today are a dime a dozen, but finding a psych band that produces jams with truly infectious grooves is far more rare. San Francisco based group Sleepy Sun is at the forefront of an emerging scene of flowery, trance-y, hypnotic rock that needs no label to be set apart from the crowd. Check out what singer Bret Constantino and guitarist Matt Holliman had to say, and buy their latest album Spine Hits, out now.

How would you describe the Sleepy Sun sound to a person who’s never heard it before? What kind of influences – both musical and non-musical – have shaped the sound that it has become today?
Matt: It’s rock-n-roll, man. I don’t know. All five members are writers so you’ll get a different answer from everyone pertaining to influences. A lot of our non-musical influences are shared considering we’re around each other all the time, weather that be touring, rehearsals or otherwise. I suppose our proximity and current environment has something to do with our sound.

What has the recording process for the upcoming album release been like? Do you think there’s a disconnect between the spontaneity of playing on stage and the premeditation that goes into the captured sound on the albums, and how do you deal with that?
Matt: Our recording process is somewhat of a contained stage experience. In both cases, we have a general idea of how the song works: it’s strengths and weaknesses, climactic points, rhythmic patterns, etc. During the recording process, the songs are captured in a way to reference the song’s evolution up to that point. Oftentimes after recording a track we will continue to change the structure, or bits of the rhythm here and there. So a lot of our songs never really have a finishing point, which of course presents its own set of issues in the live experience. We can start a tour with a song mapped out in a focused progression and then one night something is spontaneously tweaked. And then it’s done again the next night. After a few nights we end up with a different passage, completely unspoken. Although there’s many times where this doesn’t work and we have to backtrack and start on more common ground. 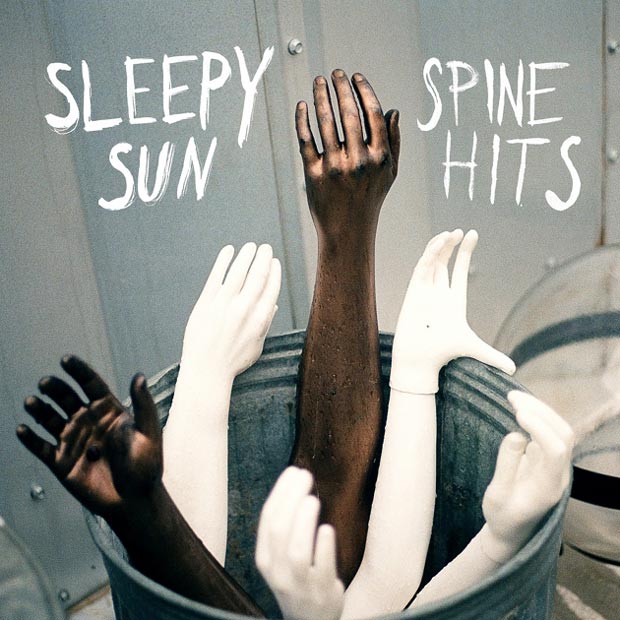 Is it necessary for a band to continue to stylistically evolve throughout their career? Do you find yourself developing new opinions and views that oppose your earlier beliefs at the beginning of your musical career, or is there a well-defined singular goal that you continue to chase as you further develop?
Matt: Again I can only speak for myself, but most of my contributions are a reflection of our current state. It’s the most tangible thing for me to write about, or at least to put music to. It’s definitely important for a band to evolve, and that should come naturally. When we have tried to force songs onto a certain path, they almost always end up being canned. The natural progression is what’s paramount. If our previous ideas happen to conflict with our current, perceived vision, then so be it. There’s no need to back pedal, as it’s all down on record. That conflict is part of growing, both personally and musically.

As individuals, do you pursue other creative outlets other than music? Can a single idea be translated through multiple forms of artistic release – for example Warhol and the Velvet Underground having common sense of what they wanted to bring to society and being connected through that mutual taste? What films or literature do you find inspiring?
Bret: Despite how ambitious it might seem to pursue other creative outlets, it is an aspiration we all have. Some of us have other musical projects, others draw or photograph, or cook. Though our intense schedule of writing, rehearsing, and touring with Sleepy Sun does not allow for the convenience of other artistic pursuits. But even so, most of us will never cease to experiment with other outlets. There are special occasions where alternative mediums may meld and contribute to the efficacy of the music, as in visual art (Brian’s photo which is the cover of Spine Hits), or videos. But in the process of collaboration there are countless ideas put forth that do not necessarily find their place in the final product; rather they act as an influence or a phase of the eventual result.

For example, the lyrics of “Creature” were inspired by a vision brought about through the music. I imagined a man dressed in a gimp suit, lounging on a tropical beach, drinking a pina colada, and how beautifully out of place one might feel under such a circumstance. We even brought the vision to life on a beach in San Francisco, which we photographed. So through such a vision and experience, I was able to channel the character I was writing about, and also create a visual quality to the sound and lyrical delivery. Concerning literature, I’ve always been a huge fan of Henry Miller’s work. The perfect meld of zen philosophy, erotica, and travel writing. Also J.D. Salinger, Nabokov, Ken Kesey, Huxley, just to name a few. The poetry of Julio Cortazar, E.E. Cummings, Bukowski, Kerouac. And in film, David Lynch’s Twin Peaks, Enter the Void by Gaspar Noé, Alejandro Jodorowsky, Paul Thomas Anderson.

Would you say that it’s accurate to compare the experience of playing music and getting a sort of high from the vibe of the crowd’s reaction similar to the experience of taking drugs in a like way to elevate your consciousness to a higher level?
Bret: Absolutely. Perhaps this is a reason why many people believe all musicians are high on drugs? Obviously to compare the ‘high’ of a performance with other drugs is impossible because of the subjective nature of consciousness. But based on my experience with drugs, I have found a much more profound experience with performance under sober conditions. But with that being said, it is a level of consciousness that is much more difficult to reach, and may be subject to ideal circumstances. Just like with drugs, the ‘high’ of musical performance is only limited by one’s surroundings. For the best trips, there must be a certain receptive quality of the environment and unconditional love in the room.

Is the message or feeling you convey through your music in some way a response to the cultural happenings of the time? Do we live in a society that is far too apathetic to question authority and conventional standards, and can the people be provoked to expand their minds through exposure to soulfulness in music and other aspects of culture?
Bret: Music is unique to other art forms as its vehicle is multi-sensory. In other words, music is multifaceted in terms of the senses it may arouse in the listener or viewer, and so I believe it has the potential to be the most powerful form of expression. Although, to most effectively express a message and reach the listener, it’s important that all aspects of the piece are cohesive to one another, and lend support to the final creation. The messages we convey through Sleepy Sun are, I guess, in some way are a response to the cultural happenings of the time, but just simply because we create them in such a context.

I wouldn’t go as far to say that our musical messages are deliberate challenges to society or anything, but rather give the listener an opportunity to go inside themselves to answer whatever questions they may have regarding those issues. But even without blatantly pushing specific ideas or messages through our music, it could be said that I strive to provoke mind expansion in our listeners, yes. And I could agree that one’s exposure to any such art that bears the soul of its creator, may lead to a profound experience in the upper state of consciousness. For that matter, I like to believe that anyone who may attend our shows is open to the rebellion of conventional standards.

From your perspective, what does the future of music look like?
Bret: Perhaps just like the environment, the music industry is doomed as a result of its over-saturation. Its future is looking even grimmer with movements such as the Stop Online Piracy Act, which I won’t go into here. There will always be a contingent of listeners who are drawn to more experimental sounds, but the only reason such sounds are deemed experimental is because they are innately unpopular. Experimental music is also highly subjective, just as psychedelia is. Until the day Merzbow’s records make the top 40, experimental music will remain in obscurity (where it belongs?).

Check out the trailer for the new album ‘Spine Hits’ 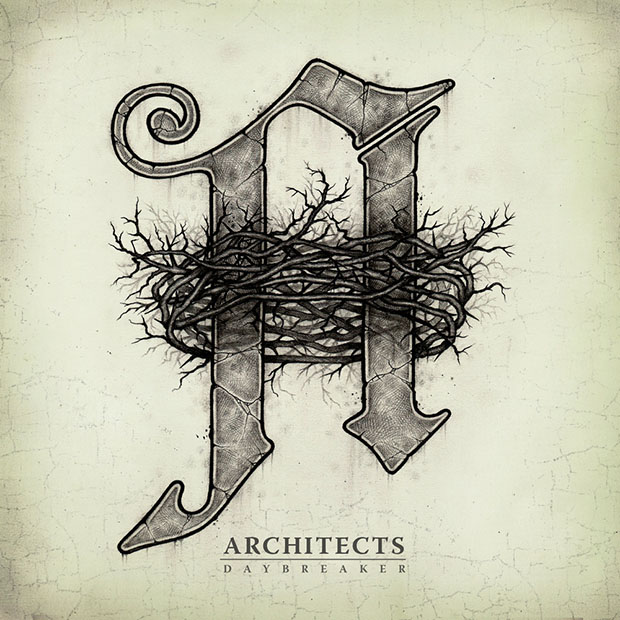 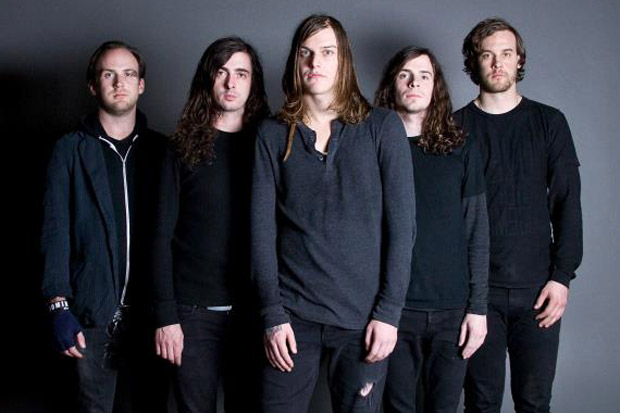