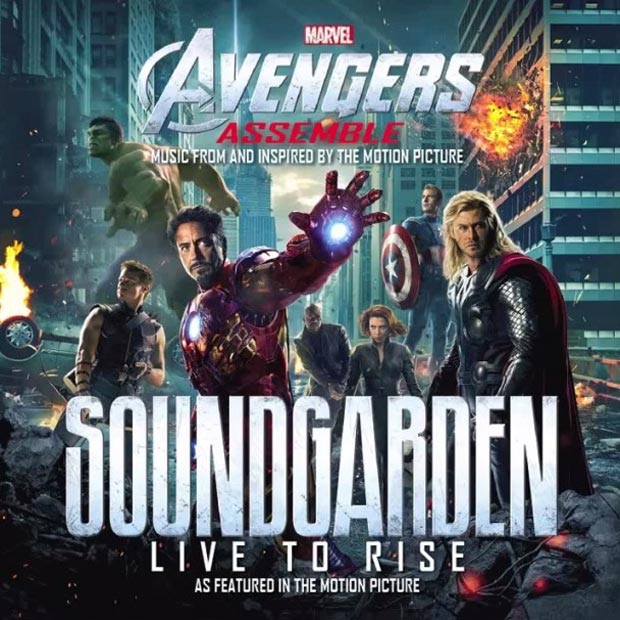 Can it be true? Really? Soundgarden have released their first new song in over fifteen years?!?! Well, you’re not dreaming, it is true. The legendary Seattle group that so brilliantly mixed metal and hard rock into grunge have just released a new song to tide people over until the release of the band’s first new album since 1996, due out this fall. “Live to Rise” comes to us off the superhero blockbuster ‘The Avengers’ which hits theatres on May 4th.

“Live to Rise” is an interesting track that will probably make most of you Soundgarden fans who can’t get past the days of Badmotorfinger cringe. It’s an awesome track, but one that long time fans might not enjoy, given its “softness” and optimistic kind of vibe. The song was written with the movie in mind which is quite clear from Chris Cornell’s lyrics so don’t go thinking that Cornell has gone completely soft now. It’s a very catchy track with great riffs and a solid chorus. Unfortunately “Live to Rise” doesn’t feature a classic, totally sick Kim Thayil guitar solo as Kim only shreds it for a few seconds. Even with this missing, it’s still a cool song and what’s best about it is that Soundgarden is back!!!

Check out the song: “Live to Rise”