You know when a band has one of their songs appear in the Guitar Hero/Rock Band song list, that they’re a group no metal purist/elitist will want anything to do with. Well, well, well, lookie here… Shadows Fall, a once-melodic-death-metal-but-they-didn’t-like-that-label-and-decided-to-go-metalcore-instead band that first grew to mainstream prominence with their classic album The War Within (with a song playable in Guitar Hero 2) is about to release their seventh studio album to hit music stores worldwide with the force of an offended Justin Bieber fangal’s slap.

Since I’m neither a metal purist nor a metal elitist (and am a sucker for pop-ish vocal hooks), you dawgs can already guess that I’m diggin’ this record. As one can expect from a successful ‘core’ band that have had the fortune of twice being nominated for a Grammy, they have got to be the kind of band that offers insanely catchy melodies and overly-polished clean vocals that, if visible, will make your dad’s working shoes look like seasoned army boots. Production quality is high of course, and so does Brian Fair’s voice frequently soar on all of the tracks. Unlike past albums such as the landmark The War Within, Fire From The Sky hears Fair evolving into a pop metal vocalist, utilizing that generic-but-good balance between guttural growls and earnest clean vocals.

Tracks that are stubbornly refusing to leave my head at the moment include “Divide And Conquer”, “Nothing Remains”, “Save Your Soul”, “Blind Faith” and “Lost Within”. Go on core kids, you guys know your pocket money will be well-spent on this once you offend a Justin Bieber fangal on May 15th.

Check out the song: “Fire From The Sky” 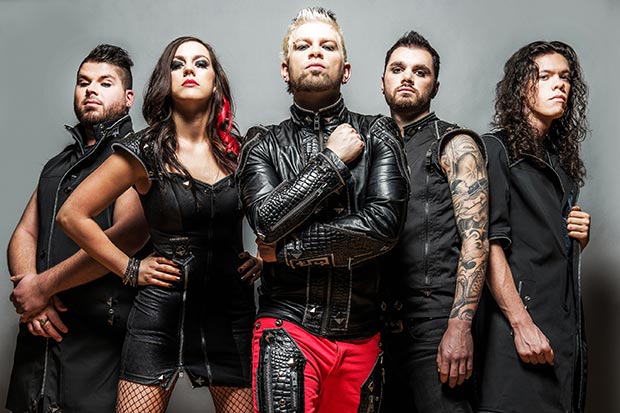