Check out the song: “Golden Cup”

Cai.ro is a band that is truly dedicated to their craft. The group originates from Toronto, Ontario and interestingly enough, lead guitarist Dante Berardi found every other member of the band off of Craigslist. What is truly respectable about the group is that they write and play music just for the love of music, not necessarily for the pursuit of a million dollar recording contract from a major record label. It’s hard to describe what genre Cai.ro fits into as their music blends many different styles and even includes a violinist. Their debut EP is called The Young Love EP, six tracks that are a mixture of years of sounds and ideas. Cai.ro frequently plays shows in the Toronto area and have a very big gig coming up as part of Canadian Music Week March 23rd at Rancho Relaxo. We recently spoke to the band’s lead singer Nate Daniels and guitarist Dante Berardi to get a little more insight into what Cai.ro is all about.

I hate to be predictable, especially with the first question but what is this name Cai.ro all about? What is the significance behind the name?
Nate: I went to a past life regression therapist when the band was in its early stages. Although I was skeptical, I was eventually put under and saw myself in a desert. By the looks of the surroundings and the events that took place in this trance state, he concluded that he was in what was known as “Al-Qahirah” (present day Cairo). I saw himself as a young adult woman traversing through the sands not far from what might have been the Nile River. Eventually it was made clear to me that in this past life I had committed suicide due to pressures of the empire he was entangled in by walking into the hot desert. Interestingly enough, Cairo means to conquer. We laugh now because maybe this is my chance to conquer his fears and power issues on a world stage again.

How did you first get this band off the ground? Did you all collectively form the group or did the band start more from the efforts of one member and then you all joined afterwards?
Nate: Much like in my wandering past life I traveled here and there throughout Canada playing in different projects, until making the decision to stay put in Toronto. For a while I tried to solo gig, and found it a bit lackluster, and a bit lonely. I also felt overwhelmed by the challenge of playing to bigger audiences. After trying to convince already solidified members of other bands to join me in my quest for music domination, I finally conceded to the fact that I would have to find my own band family…so I did what every other desperate person who seeks love does when the social scene fails them, I looked to the internet! Yes, every single member of Cai.ro was found on Craigslist and with some very interesting introductions.

Interestingly enough, you incorporate violins into the sound of the band with violinist Caitlin Grieve. How did it come about that you would have a violinist in the band?
Nate: The band wouldn’t exist without strings. Let’s just put it that way. When writing the songs, I would picture scenes from movies (whether they existed or not) and the soundtracks that would accompany them. I knew the feelings I needed to be conveyed could only be articulated by the violin. The violin is the musical interpreter of emotional action.

A violin can be demure, seductive, arrogant, cautious, abrasive, and comical. Without these dimensional qualities, the music wouldn’t be what it is. I grew up listening to Kronos Quarte, Cliff Martinez, and Clint Mansell. I wanted to write soundtracks for movies because for me, a movie wasn’t a GREAT movie without a GREAT soundtrack. 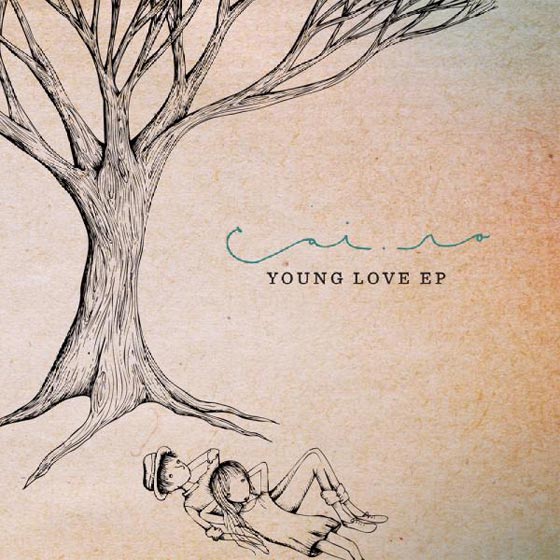 Speaking of Caitlin, do you find having a female member changes the dynamic of the band in any way? Or does she just become ‘one of the guys’ when you’re all interacting together?
Dante: Having a hot blond in the band definitely has its perks. Truthfully though, it doesn’t change a thing. She is an INCREDIBLE multi-instrumentalist and has a lot of great input about song writing and arrangement. People write the instrument off and say, “ya, violin is a nice add on” but really, she IS our sound. Big. Ambient. Beautiful. Without the violin, the songs just aren’t the same. She adds so much to the overall sound, image and dynamic that she’s more than just a violin player. I get very frustrated when people think it’s a gimmick or some indie prerequisite.

On your official website bio it discusses the band’s realistic outlook on playing music and not necessarily expecting huge success in the future. Do you find it helps the band stay together having such a balanced outlook on things?
Dante: I think being a musician is one of those things you have to love to do. Of course we are out here playing and doing these things because we want this to be our career. This isn’t a hobby for us. But you kind of have to know that it may never materialize into a paying job. If you go in thinking it’s fame or nothing, then you’re in the wrong profession. Some success would be nice, but at the end of the day if nothing ever happens we have created something amazing and unique. I think we all stay balanced based on that fact. We all are doing other things, but when it comes to Cai.ro we see the fruits of our labors already and that keeps us pushing and working hard.

You pride yourself on not conforming to any one sound or genre of music. How would you describe the band to someone who had never heard you before?
We’d say: Remember when you were looking for that perfect album for your road trip? Well, we couldn’t find it but listen to this instead. It’s road trip music!

Your debut record The Young Love EP is out now. Are these songs recent creations or have they existed in one form or another for years now?
Nate: It’s a bit of both. I wrote “All These Colours” while free-loading at my cousins place in Riverdale in 2008. “Selfish” was written not long after while I was living in a storage closet. “Vampyre” was written in Montreal. Only a song like that could be written in a place like that. “Golden Cup” and “Halfway” there are pretty recent. They were sort of just barfed out in the last 2 years.

Check out the song: “Selfish”

I’m not sure if it’s just urban legend, but you sometimes hear about the struggles of a band starting and all the bad experiences that go along with it. You’ve certainly become solid musicians now, but was there ever a time in the early going when you were booed or heckled off stage?
Dante: I once played a show at The Sound Academy (then called the Docks). It was a prize for winning a lame supernova battle type thing where we basically paid for our win and we got to open for Gob. There were like 20 bands playing that day but we got the opening slot right before them. The majority of the people there (and bands there) were punk/hardcore and we were melodic pop music. During one of our softer songs called “Angel Eyes” someone jumped on stage and unplugged my 12-string guitar. I don’t think they dug us.

Nate: Me? Booed? Have you seen this muffin top? Who can hate on muffin top?

You typically play a lot of gigs in the Toronto area. What’s become your favorite venue in the area?
Dante: We recently played the Tranzac Room on Bloor and it fits like 50 people and is for smaller stripped down shows but I loved it. I also enjoy the elmocambo quite a bit.

Nate: Placebo Space. It’s an artists’ loft that has been opened up to musicians and features wall sized art, an extremely cool lighting set up, and an intimate setting of floor cushions, wood stump coffee tables and a tiny little kitchen bar.

What does Cai.ro have in store for the next few months? What are your upcoming plans?
Dante: We are playing CMW on March 23rd at 8pm at the Rancho Relaxo and a few days later playing Bookie’s Nu Music night at the Horseshoe. We are Audioblood’s featured artist for April for their Coffee Shop Project. Our music will be played at 13 different indie coffee houses along Bloor, Queen, and Ossington. Each shop will have 200 download cards. We are also beefing up our online presence video wise and heading out of town for some gigs. 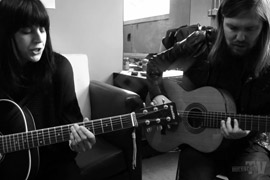 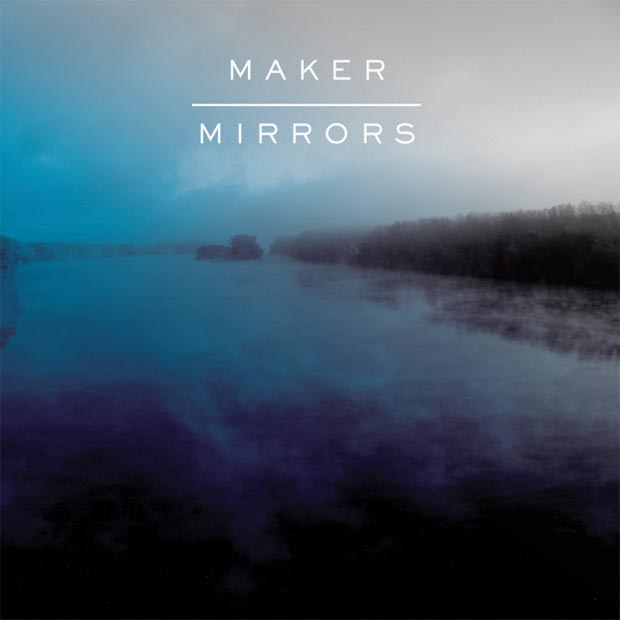