In the emerging scene of psychedelic resurgence, there is a sort of connectivity between artists and enthusiasts that transcends time and place. Such is exemplary in the up-and-coming Danish band Black Light White Light, who are steadily gaining recognition all around with their lysergic grooves and infectiously groovy sound. Check out what Martin Ejlertsen, singer and guitarist for the group, had to say about the past and expectant future of psychedelic music.

How would you describe your sound to a person who’s never heard it before? Who are some of your influences, past or present day?
Martin: Black Light White Light’s music is much about stepping into the 60s but with a modern production and a Scandinavian twist to it. We count variant groups as The Byrds, The Beatles, The Stone Roses, Oasis and The Brian Jonestown Massacre as touchstones. We like to dig into the spirit of psychedelic music using vintage gear and instruments like sitar, tables, echo machines and 12-string guitars and experiment with sounds and song structures but still keep the songs catchy with focus on well crafted melodies, harmonies and edgy guitar hooks.

Why are you called the Black Light White Light?
Martin: I’m really grounded in an artistic inspiration where creating music is to me a constant duplicity. When writing songs I am very focused on making good melodies and finding great guitar hooks, but the songs must have edges or they will usually fall. Rock need some pop and vice versa. My view of reality and the world around me is often based on dreams, but just as often the reverse. I really wanted to have that kind of duality to be reflected in the band name.

What\s the story of Black Light White Light? How was it coming up out of Denmark and how is the musical scene there compared to the rest of the places you’ve played?
Martin: The band formed in 2008 when I played with 2 other guys in the trio format we are still in. We played a few shows in Copenhagen and surroundings before joining forces with the Swedish award winning producer Johan Forsman in Gothenburg, Sweden. There we recorded our EP Directors Cut in Svenska Grammonfon Studio that is co-owned by Kalle Gustafsson, the bass player in the mighty Swedish psych pop band The Soundtrack Of Our Lives. He heard us play and invited us to support them on the tour. This was basically the starting point. At the same time we beginning gathering some interest in the US via an agent who had heard us on Myspace. He introduced to producer Rick Parker (BRMC, The Dandy Warhols, Von Bondies etc). But more or less at the same time of the release of Directors Cut the drummer got a kid and decided to quit the band to become a family man.

Basically I decided it was time to find some new guys to play with and I contacted Adam Winberg (drummer) who I new from playing in a few other similar psych rock acts in Copenhagen. He digged the music and the plan to record in US with Rick and suggested to include he’s younger brother Tobias Winberg on bass. Tobias and Adam also plays together in Tobias’ own psych pop band Death Valley Sleepers and therefore also musically knows each other very well. We tried playing once and it went really well. From there things have gone really fast. We recorded the album in North Hollywood, CA in November 2010. And in 2011 we were invited to SXSW, we supported Crocodiles (US) in Sweden, performed at NXNE Music Festival in Toronto, Canada, toured UK and toured US 9 days in October. In 2012 we supported the legendary Telescopes in Scandinavia in February and things are really building now.

Would you say that it’s accurate to compare the experience of playing music and getting a sort of high from the vibe of the crowd’s reaction similar to the experience of taking drugs in a like way to elevate your consciousness to a higher level?
Martin: No doubt playing music, taking drugs and having great sex can be compared. It has been done for centuries and will be done for in the future to come. Playing music live in front of an audience really elevates you to a level beyond description. Some nights when things really work on stage as well as off you forget all about time and reality seems to float together with some sort of dreamy or high condition. Though you usually totally lose your control when taking drugs you can compare playing music to being under influence of drugs since your soul seem to be lifted to a higher level. Psychedelic music is to me a condition or state of mind where you use mind, soul and music to reach a higher level. Adding different spices into that dish will always get you a new experience and I guess that’s what musicians playing psychedelic music are constantly chasing. 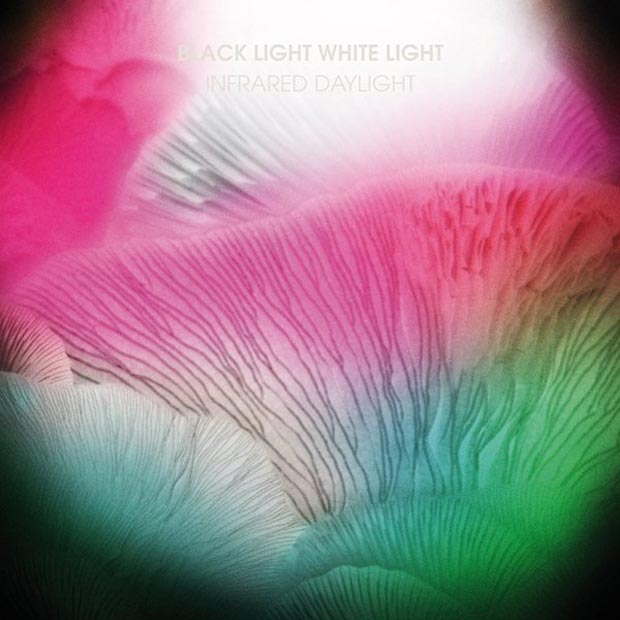 Are you purists when it comes to not selling out just to make money- for example, would you back a band that you didn’t like just to get exposure, or would you refuse and keep your artistic integrity?
Martin: I would never give my music away to just any purpose only to make money. But at the same time you really have to realize that you need to use new channels if you want to expose your music and spread the message. The dream is that selling records and playing live would give you enough money for a living. But at least in Denmark and Scandinavia you really need to play something totally different to make that happen. I’m ready to use a lot of force and exploit the capitalist system as commercials and TV serials if that is what it takes to spread our music. I’d rather have great music in bad commercials than the other way around. So if we can make money via commercials and serials to keep making music, releasing records well then I guess we have to play that part as well. But hey, you won\t find our music to support shit products. We know where to draw that line and that’s what counts – at least to us.

What’s your recording process like? Do you think there’s a disconnect between the spontaneity of playing on stage and the premeditation that goes into the captured sound on the albums?
Martin: For now, we have only made one record. But we recorded the whole album in just 5 days. I really like that fast process based on spontaneity, creative and open minds in the trust of each band member’s skills to of record fast and to get it done. I do not really believe in a long recording process where you twist and turn every tune and melody around. In my opinion it usually rounds up to one anyway returning to the starting point after weeks or months experiments. Why waste time and money when your intuition often leads you down the right path from the beginning? But then again, If you get a million dollar from a big label to screw around in the studio I would probably do exactly that ’cause recording is totally fun and to me a very creative and rewarding process long as I can keep some kind of control over the direction and why and what I am recording I’m in for kidding around in the studio.

From your perspective, what does the future of music look like? Have we progressed so far into the MTV/ Clear Channel generation that focuses on producing hits that the public will never again be accepting of more psychedelic acts, as previously seen in the 60s?
Martin: I really do believe that psychedelic music scene – some call it neo-psych – and artist and people involved is all in all to be recognized as a wakeup call and a movement against the whole music business turning into a monster of short-sighted indifference and self-absorbed falsehood that will milk the music for every kind soul and the ability to really change the world and unite people and breaking down barriers. That was what the psychedelic music and the scene following it was about in the 1960’s. To me bands and people involved in psychedelic music today is not only a question of being romantic but is a direct movement against this capitalized monster where music in the media and signed to the big labels is all about X-factor, big breasts, scandals and who can act and comment in the most stupid way. People involved in psychedelic music is to me smart and educated people who have had enough of that, who actually cares and focus about a lot more than just themselves and who are ready to make an effort of helping others and to make a change. This maintains some hope in me that there are still people out there as dear to music and that cares about music that was not created from a SHORT-TERM goal of achieving fame and fortune but instead recognition for having soul and a message based on a profound belief that music can change.

What can be expected from you guys in the near future? What are your long term ambitions for the band?
Martin: Right now we are mostly focused on building a fan base and getting on the road playing in front of as many people as possible. I really do believe we have something to give for a lot of people. I really believe we are doing great music that can reach a lot of different people. We are not grounded or stuck in any special time or scene and that is confirmed live where people in different ages and from different cultures praise our music and performances. In the near future we will therefore play as much as possible to promote the band and our record Infrared Daylight. I really believe a lot of people will dig that album, but we are still a small band releasing music on our own label. To make that grow into something bigger and fundamental requires much hard work and that you keep believe in yourself though other might not do that. I’m convinced in our sound and skills and now we just really need get out there and show people what we have. That’s the old fashioned and romantic way of hard working for making a breakthrough but we are ready to show we are a band to believe in for the future. I’m also working on new songs so hopefully we will find time and the right producer to work with soon. Expect Black Light White Light to step up yet another level.

Check out the song “Returning Home” 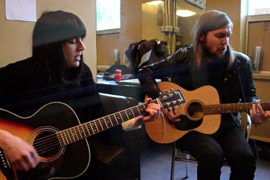 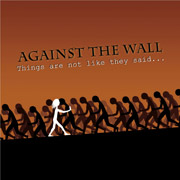 Against The Wall – “Things Are Not Like They Said…”