Despite Exile are a metal band from Udine, Italy that plays metalcore with progressive influences. They are currently supporting their amazing album Scarlet Reverie which they self-released. Guitarist Carloandrea Ferraro recently gave us some time to talk about his Peavey 6505 and Ibanez ts-9 combo. Read on to find out why this duo this is go-to!

What one piece of equipment do you use to obtain your signature sound?
Ferraro: I’d definitely say my Peavey 6505 combined to an Ibanez ts-9 in front of it.

What about it makes it so important to you?
Ferraro: It’s simply the best amp out there, only a Peavey 5150 could be better (haha, I don’t know if you know it but it’s kind of the same amp). In addiction to it I run an Ibanez tubescreamer in front of it with the gain knob settled at 0 and the tone at the middle. It’s a trick I’ve learned looking at various rigs (yeah, sometimes I’m such a guitar nerd you know haha) at live shows during these years, I tried it and damn, I immediately fell in love with what I heard. 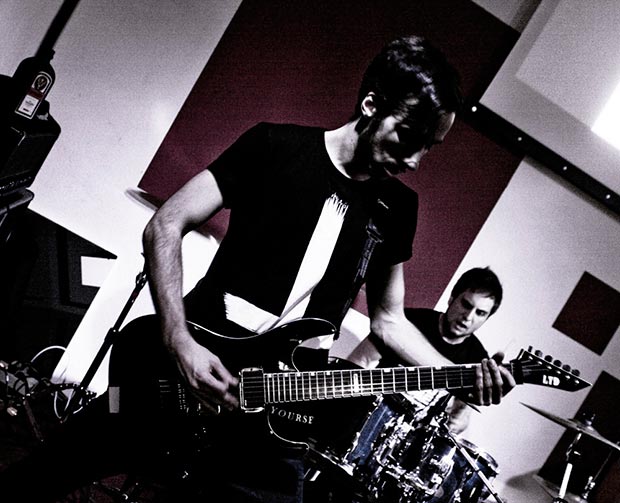 What are the major pros and cons?
Ferraro: Well, I get more sustain, my sound gets a little bit tighter and I have faster attack so I feel like stuff it’s a bit easier to play, I have a better reaction from my guitar especially on fast riffs. By the way, there are even some cons, this amp doesn’t give is best on clean sounds, I have a common EQ for both channel so it’s hard to find out a brilliant and heavenly clean sound, and the tube screamer, even with the gain at 0, makes the sound a bit “crunchy” but who cares, I never use clean sounds haha.

How long have you used this piece of equipment and would you ever change it?
Ferraro: I’ve used this setup for the last 2 years and I’m happy with it at the moment so I never thought about changing it. It’s the sound I was looking for and the sound I love hearing on my favorite bands’ records so, why should I have to change?

Any final thoughts or comments on the gear?
Ferraro: I think there’s nothing left to say about my rig, I play a guitar equipped with active EMG pickups, Peavey 6505 and a v30-equipped cab. All of you nerds out there will surely know what I’m talking about. Cheers 🙂 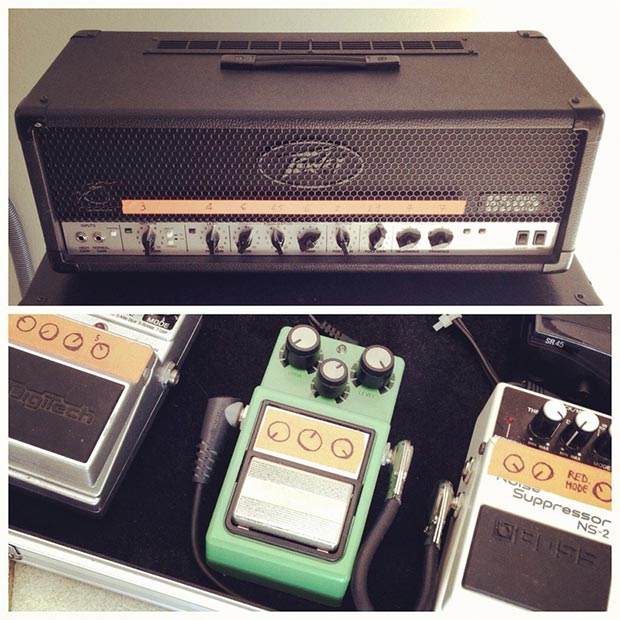 Check out the song “Oscillate” 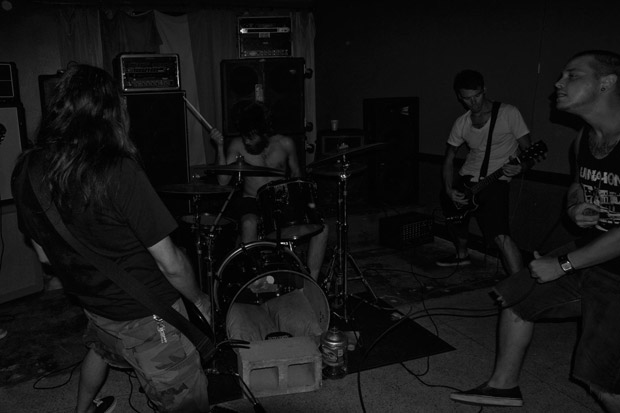 The Love Below – “Every Tongue Shall Caress” [Bandcamp Album Stream]