What’s the current situation with North American Black Metal? To answer that question we should probably turn our attention to California, which seems to be the creative epicenter for extreme music collectives with leanings toward this genre. Take for example Cormorant, Abigail Williams and the relatively new Deafheaven, whose Deathwish Records’ debut EP Roads To Judah announces the birth of one of the most arresting American bands in recent times.

Stylistically, Roads To Judah is a four song monolith that sounds like many things you probably – at least incidentally – have listened to before: old school Scandinavian Black Metal, Shoegaze, Post Rock, Screamo, Indie Rock, etc. However, it’s in the marriage of these apparent dissimilar genres that this quintet finds its true and unique voice. The resulting sound can only be described as a musical match created on the borderline of heaven and hell. Every song is an epic on its own right and a genuine roller coaster of contrasting moods and emotions. Although all tracks basically maintain the same flow, “Violet” and “The Tunnel Of Trees” become the most sonically ambitious in terms of length and scope. These compositions combine ethereal textures with the blistering attack of blast beats, vertiginous pseudo melodic riffing and distorted cathartic vocals. It’s really impressive how this band is capable of evoking early-day Emperor, Radiohead and many others on the same song, without sacrificing class or originality.

Some could criticize Roads To Judah as a pretentious and lethargic genre mismatch, but those opinions would all be wrong. Not too many Black Metal recordings offer these days, the level of soul, chaos and originality herein displayed. The current situation of American Black Metal? With bands as promising as Deafheaven everything seems to be leading on a very, very healthy direction. Thank you for asking.

Check out the song: “Violet” 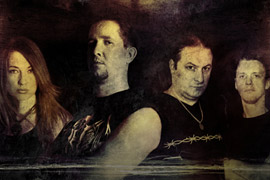 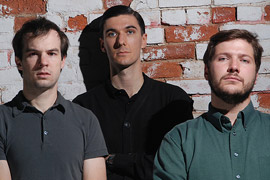