Booze Cruise are a fairly new Canadian band that plays killer pop punk tunes. They released their debut album Moose Stuff in 2011 and have already toured across Canada. Recently I got the chance to fire some questions off to vocalist/guitarist Shawn Taggart who gave us an insight into the new album and the band.

Tell me the history of the band and how it took form.
Shawn The original guitarist, Corey, and I were in a band that we weren’t enjoying very much as far as the music we were playing and the attitudes involved, so we essentially did whatever we had to do to get this band going; for example, when we started, we couldn’t find a drummer, so I played drums until we got Layne. We played around up here for a bit, went and recorded Moose Stuff about a year ago, worked my bag off for about 4 months to get that ready for release, then toured all last fall.

Where did the name ‘Booze Cruise’ come from?
Shawn: There’s not a particularly good story behind this. It was the only name we could all agree on. Other possibilities were The David Hasselhoff Experience, Layne And His Men, and The Ned Flangers.

Your debut album Moose Stuff came out not long ago. Who came up with the crazy art for it?
Shawn: Derek Deal did all the art for it. I wanted to do the die cut cover for the vinyl, and I knew he did the Wilhelm Scream one, which I thought was awesome. He had already done a T- shirt design for us, so it was a pretty easy choice. I had the idea of the before/after moose car crash, which was kind of a flimsy conceptualization at best, and he took it and came up with the whole package. The newspaper article track listing was a particularly amazing touch that was all Derek.

Any favourite songs on the album?
Shawn: Nope. Just kidding! “I like I Am The Liquor”, “OCD” is pretty good, and “No Big Deal” turned out well. Quite a few of the songs turned out to be greater than the sum of their parts, which I credit to Casey Lewis, who produced the record. I know everyone else in the band is big on “Stoner Bashing Time”, and “Oh Shit…” is a bit of a fan favourite, despite how ridiculous the lyrics are. That one really showcases my one semester of community college English classes… 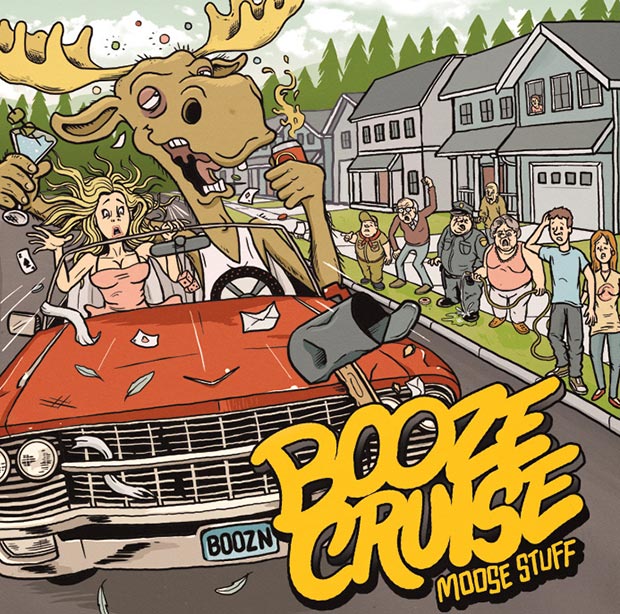 How did you guys go about writing this release?
Shawn: Four of the songs are ancient, four of them are pretty old, and four of them are fairly contemporary. All the songs that we played when we started the band I had already had lying around for years. Luckily not all of them made the record. There was a bit of arranging done on the old songs to have them more stylistically consistent with the newer songs. I was lucky enough to have a trip to Jasper right before the recording to drink and write in peace, and get the last few songs hammered out.

What lyrical content do you cover?
Shawn: A lot of the older tracks are pretty basic, and not as clever as I maybe thought they were at the time and age I wrote them. There are a few songs about drinking, and one about the consequences of drinking haha, there are a couple of hockey songs, a few that are borderline straight up rants, and some songs that are pure stupidity and maybe should have been b-sides haha.

Where did the name Moose Stuff come from?
Shawm: If you google “Family Guy Moose Stuff” then you’ll see a clip where a moose is holding a sign that says “Will Do Moose Stuff For Money”. Now get ready for the most disjointed, barely sensical explanation ever: the song “Moose Stuff” is about my discontent with the general play of Shawn Horcoff of the Edmonton Oilers, which was so poor that I assumed he must do “moose stuff” to the coach to get ice time. And then I wanted a title track for the record. Pretty lame, right?

How is the punk scene in North West Territories?
Shawn: I wouldn’t say it’s terribly far off from the punk scene anywhere else in the country right now. There aren’t many punk/metal/hardcore bands around here, and it’s sometimes hard to find appropriate venues. That being said, we’ve always been fortunate to have a positive reception whenever we’ve played here, and have been able to put on good shows for our friend’s bands from down south whenever they make the miscalculated decision to adventure up here!

What is your drink of choice?
Shawn: Beer – Granville Island Maple Cream Ale, Shot – Don Julio Reposado, Mix drink – Margarita on the rocks. I played an acoustic show recently where I had a pile of empty beer bottles and shot glasses at my feet at the end, it was wonderful.

What’s your plans for 2012?
Shawn: Western Canadian tour in May/June, West Coast tour in September, maybe a festival here and there in between, hopefully have the next record written and recorded before the end of the year, and more touring. 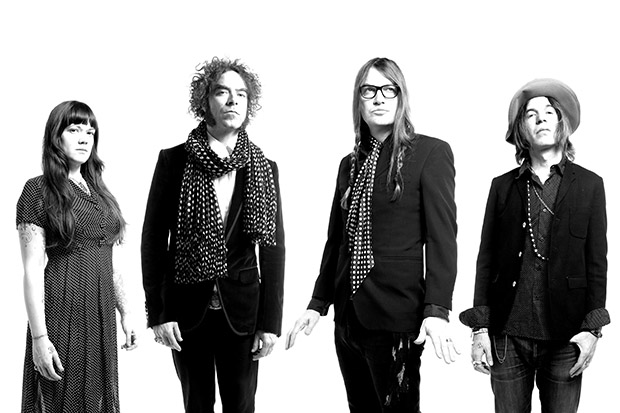