From the very beginning of The Day Of The Beast’s new album, it becomes very evident that these Virginians have advanced several steps further, both musically and production-wise, since their 2008 self-titled debut. Accurately titled Relentless Demonic Intrusion, the album is precisely that: a vicious slab of Metal madness with decent production values that mixes raw and honest aggression with Lovecraftian lyrics and other occult subjects.

Due to the nature of its music, it would be forgivable to think about this band as Thrash/Death Metal revivalists in the most straightforward tradition. Although Relentless Demonic Intrusion is not by any means groundbreaking or envelope-pushing, there is however – in comparison to their provious effort – a genuine desire of going further musically.

There are a plethora of influences here that somewhat brings a sense of cohesiveness and continuity through the album’s 9 songs. Take for example the German Thrash flavor of the catchy self-titled opening track or the marriage of almost-punkish riffing with 90’s Floridian Death Metal and sensibilities in “Unknown Kadath”. At the same time, it won’t be easy to not surrender to the late 80’s/early 90’s Slayer vibe of “As Steel Sharpens Steel” or the mosh-inducing aggressiveness of the vicious Trash/Black/Death of “Torch this Place”. It certainly gives variety to the listener and at the same time enunciates that these are good songs that are not afraid of showing their obvious influences while searching for their own personality.

Relentless Demonic Intrusion is very enjoyable Thrash/Death Metal that, aside from all its self-imposed boundaries in terms of songwriting, shows raw potential and serves well to a band that is looking to grow and advance within the underground scene. These Virginians are not just following the steps of many others before them, but are really trying to find their own identity within today’s saturated Metal jungle; but still, there is plenty room for improvement. If they play their cards wisely, they could deliver in the future, a true classic American Thrash/Death Metal album.

Check out the song: “Unknown Kaddath” 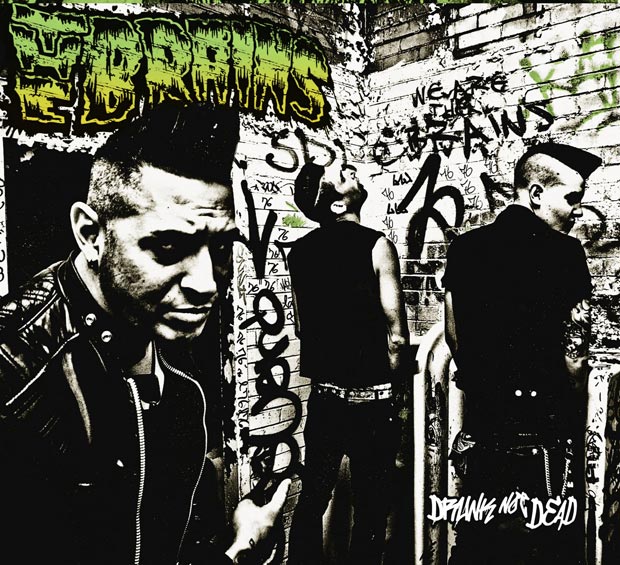 The Brains – “Drunk Not Dead”