Marianas Trench have seen a bright career as they have taken over the Canadian radio waves with their singles “Shake Tramp”, “Cross My Heart” and their latest “Haven’t Had Enough”. I recently got the chance to email guitarist Matt Webb some questions about their new album Ever After. Check out the interview below.

I work at HMV and saw a bunch of copies of Ever After get bought from fans of all ages. How well has this album done in comparison to the others, especially with such strong competition this Christmas (Nickelback, Adele, Hedley…)?
Matt: Ever After has been our strongest and quickest selling album to date. Our incredible fans pushed it to certified gold status in only a matter of days. A platinum record is literally right around the corner. We are so fortunate to have the kind of support we do.

What made you guys decide to call the album Ever After?
Matt: Because it sounds better than Ever Before? I dunno actually. We wanted the album to have a fairy tale theme and what better way to sum it up? Ever After is the last line of every fairy tale, however its up to the fans to interpret what comes before it, when you listen to our record.

Check out the song: “Fallout”

How did you guys go about writing this release? Did you change up the process in any way from your past 2 releases?
Matt: Not really. Same drill as usual. Josh crafts the songs beautifully, the band comes in, adds bits and pieces, and we lay down hard copies of all the parts. The only difference on Ever After is that it’s 100% produced by Josh. I think with any sort of crazy concept album like this, its essential that the artist has total creative control… it’s the only way to get the vision across correctly.

I read that the album is a concept album, can you tell us the concept/story?
Matt: Like I said, it’s a fairy tale. Ever After takes the listener on a journey from daily life to inside an enchanted world and helps them back home again at the end. Its designed to be listened to from start to finish.

Is there a concept behind the cover art as well?
Matt: It was important to us to have a dark, magical vibe to the cover art. The toys are kinda creepy and Tim Burton-ish which we thought was really cool. 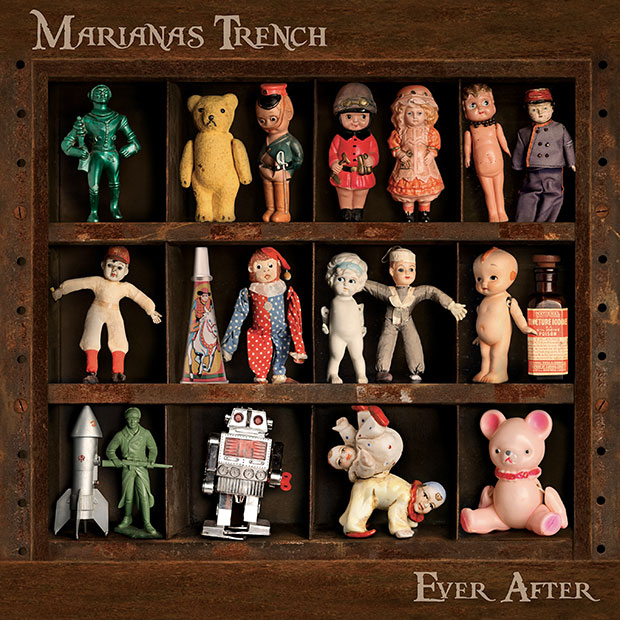 There is a lot of work put towards your music videos, especially with the latest one “Haven’t Had Enough”. How long does it take you to film your videos?
Matt: Video shoots are typically a day long, but when I say “a day”, I mean a 26 hour day in the pouring rain/freezing cold/eating snacks. And the extras (who are usually our die-hard-super-committed-fans) stay even longer.

Did you ever expect Marianas Trench to make it as big as you have?
Matt: Yup haha. We grinded our asses off over the years and I think we all would have refused anything other than success. It’s my passion and my life and I give it everything I’ve got every day.

What’s your plans for 2012?
Matt: World domination. Shows in Asia, Australia, USA, everywhere. I want to play one million concerts this year. I will be very disappointed if that number is anything less.

Check out the song: “Haven’t Had Enough” 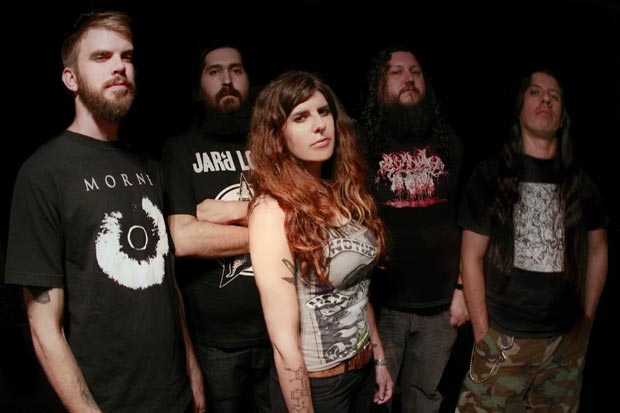 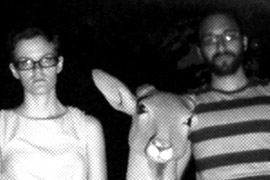 the band in Heaven – “If You Only Knew” [Free Download]