Rome, Italy’s export of emerging post-hardcore with sing-along choruses brings with it a brand new, magnificent band called Hopes Die Last. Their upcoming album, Trust No One, out via StandBy Records is hitting stores this Valentines Day, February 14th.

Formed in 2004, Hopes Die Last generated a ton of buzz in Europe and yielded two furious EP’s and one album. Sharing the stage with several great metal heavy hitters including Attack Attack! and Our Last Night, fans will not be disappointed with their global tour plans for 2012 in support of Trust No One. The band even covered the hit pop song “Firework,” by Katy Perry and is sequenced on the album. Who couldn’t love that?

Trust No One is a breath of fresh air that is so desperately needed in the clutter of mediocre metal bands today. As soon as I pushed play to listen to the album I was wondering what this band could bring; and it was the best decision I made.

Included are such singles (and accompanied by violent and vengeful music videos) as “Never Trust The Hazel Eyed” and “Unleash Hell” (the latter of which has cracked over 100,000 plays on YouTube). Both music videos have an intertwined storyline that you will enjoy – watch them both, you won’t be disappointed.

Brutal metallic riffs, pounding drums, and chaotic screaming interlaced with hypnotic singing melody lines is what Hopes Die Last is all about. Overall this is a great album and anyone new to the band will find Trust No One to be a metalcore treasure.

Check out the song: “Never Trust The Hazel Eyed” 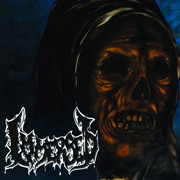 Immersed – “In The Ire Of Creation” [EP] 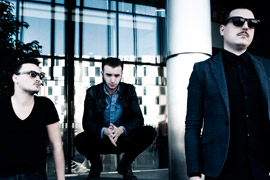