Energetic talent and grace like hers are rare in any profession. Match it with a keen instinct for electronic music, edgy personal style and a playful personality to arrive at one of today’s most gifted new stars: Audrey Napoleon. Following the release of “Foxy Boxy,” the rising LA-based DJ/producer is ready to strike again with her next offering, “Banana Soda es Muy Loca.”

Audrey’s saucy track with a punchy vocal sample is available now for free download at here. To compliment the song, director Nicole McDonald, known for Marilyn Manson’s “Doppleherz” short film, has created a short starring Audrey and can be viewed here:

Meanwhile, for those who weren’t in New York to catch Audrey’s performance alongside deadmau5 during his New Year’s Eve production at Pier 36, she has now has made available the set as the second installment of her SEXTAPE series. Download SEXTAPE VOL II NYE/NYE now for free at here.

Audrey Napoleon made her global debut in December in Heineken®’s “Sunrise Belongs To Moderate Drinkers” international campaign. In the 85-second film—which has received almost 3 million views on YouTube—Heineken®’s legendary hero takes advantage of all the party’s opportunities in a responsible manner and ends his night by enjoying a spectacular sunrise with star DJ Audrey Napoleon. The entire scene is set to her original production “#mysunrise,” which is now available through Beatport.

About Audrey Napoleon:
Energetic talent and grace like hers are rare in any profession. Match it with a keen instinct for electronic music, edgy personal style and a playful personality to arrive at one of today’s most gifted new stars. Audrey Napoleon is simply electric. While working at Hollywood hot-spot Geisha House, she discovered her passion for DJing. From there came producing original tracks, two national residencies in Los Angeles (Avalon, Music Box) and continual invitations to play parties throughout Europe. Today, Audrey Napoleon’s sought-after music style reveals roots that are deep, dark, anthemic and techno based. Her buoyant signature sound, which she describes as a dark romance, and her lively stage presence is what sets Audrey apart when spinning at top clubs around the world—destinations including Canada, the United Kingdom and Italy—and sharing the stage with an array of massive talent from techno legend Richie Hawtin, deadmau5, Wolfgang Gartner and Nic Fanciulli to Umek, Joris Voorn, Simian Mobile Disco, M.A.N.D.Y. and more. To fully experience Audrey’s production work, check out her singles like “Bird Lynch,” featuring Penny, “Everybody Has The Right,” her recent collaboration with D. Ramirez on Toolroom Records, or her current free download “Foxy Boxy.” Look for more exciting things for the Audrey Napoleon takeover in 2012. 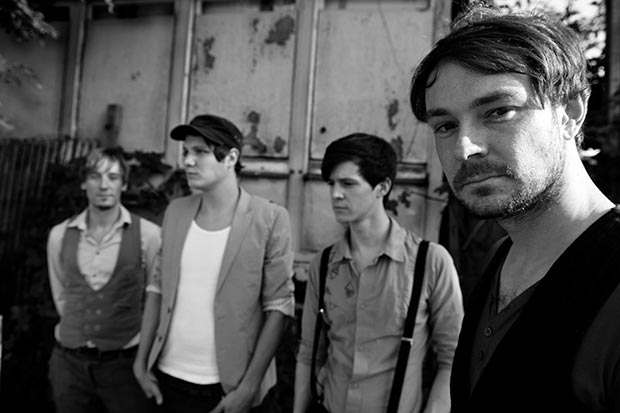 THE INTERSPHERE Premiere New Song “We Are” Online