The Skinny: They call themselves a “hood metal” band and by mixing elements of hard rock, metal and of course hip-hop, they pretty much sound just like that. Of course purists may label this nu metal, but hey, to each their own. Citing Rage Against the Machine, Red Hot Chili Peppers, Metallica, System of a Down, Linkin Park and Jay-Z as some of their major their influences the band brings to their music tremendous experience and passion.

Formed in Manhattan in the summer of 2009, Xombie’s current line-up wasn’t solidified until about a full year later, but that didn’t stop them from moving ahead quickly. Immediately the band began writing material and would hit Nada Studios in New Windsor, NY and record their debut, self-titled album. With the help of producer and engineers John Naclario and Eric Castillo (My Chemical Romance, The Ataris), Xombie self-released their debut in in 2010 and surprisingly with a follow up with their sophomore release, Swaggaholix, less than a year later. Check this cool, free download of their version of 50 Cent’s “In Da Club”. 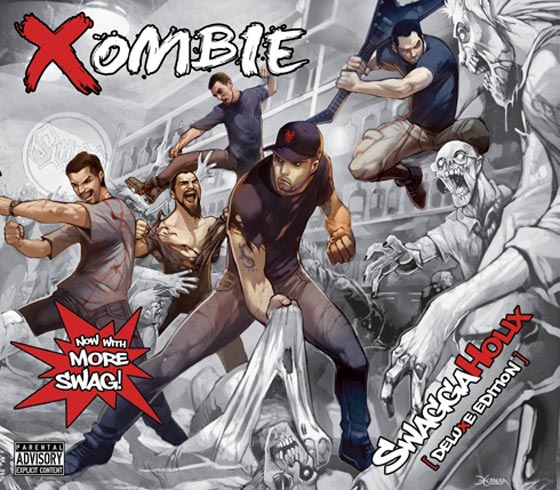