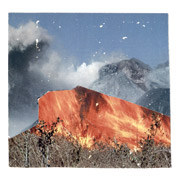 “To tell fire is to question, to bring fuel to the fires started by kids no longer blinded by spectacle glare. So go tell fire.” Verbatim from WU LYF’s self-aggrandizing manifesto these lines confirm what many already know: this Manchester quartet is something different. With a phenomenal PR repertoire which requires limiting interviews and appearing as more of a gang than an actual band, WU LYF built up quivering anticipation to their summer release. It’s obvious that the myth is firmly in place, but the question is, can the music back it up?

As what sounds like a church organ opens up the first track, the answer seems to be no. Many will suggest that it’s all just for publicity; this strange band of young men ironically citing Lucifer as inspiration whilst using church music throughout their album; “hipster propaganda,” they’ll quip, “just another 15 minutes of undeserved fame,” they’ll say. Well frankly, ‘they’ are idiots.

“L Y F” opens the stage and pulls the listener aboard, but it’s the dramatic, arresting, bass driven bridge of “Cave Song” that confirms this band’s ability. The three piece band is stellar, and as the album bounds along with the sonorous epic “We Bros” and the tender ballad of “Concrete Gold”, WU LYF steps up and makes a definitive statement.

WU LYF is essentially what bands have been doing for decades – Morrissey banning his band mates from being seen eating meat, the entire existence of the Sex Pistols, and the masterful orchestration of the Factory Music scene. It’s all to build a mythos, a legend, a mystique. And when the band can back it up as WU LYF has, deliberate PR gimmicks – or whatever disparaging word you’d like to use – can definitely be forgiven. These Manchester kids have galvanized a following, charmed the press, and captivated audiences with their ethereal sound. Give it a listen and if you hate it, at least don’t miss the point. So go tell fire.