If you want to learn about German band The Intersphere, you have little more to rely on than its third album, Hold On, Liberty!. Aside from numerous announcements on rock websites that the album is due soon, not much is available about it on the Internet (even its official website, is light on content, and its Facebook page is naturally in German). It’s a barrier we hope Long Branch/SPV will surmount since we predict that would-be fans will want to learn more about the quartet of Christoph Hessler, Thomas Zipner, Sebastian Wagner and Moritz Müller. But it’s also a treat to enjoy a band strictly for its music instead engaging in myriad technologies to keep track of what the drummer ate for lunch.

The Intersphere is accumulating favorable comparisons to Incubus and Muse. One listen to the frantic, stop-start chops of “capitall” and Hessler’s barking vocal and you could mistake it for Incubus’ “Annamolly.” Like that California act, The Intersphere’s compositions are multilayered and throbbing without losing themselves in museo noodling, and intensity is the name of the game.

First single “Sleeping God” is driven by Zipner’s busy-busy-busy guitar lines that sound like they’re going mad. The band gives over to heartache (that is, prog-styled, rhythm-intensive, easily resigned heartache) on regretful breakup track “over,” and carefully soars at the choruses of “OPalinE.” And just wait until The Intersphere lets itself go during “destination,” effortlessly propelled by trickling notes and Hessler’s echoing voice. It’s a song that anyone would love to go joyriding with, even in the rain.

Check out the song: “sleeping god” 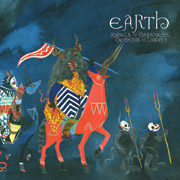 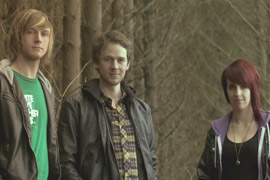