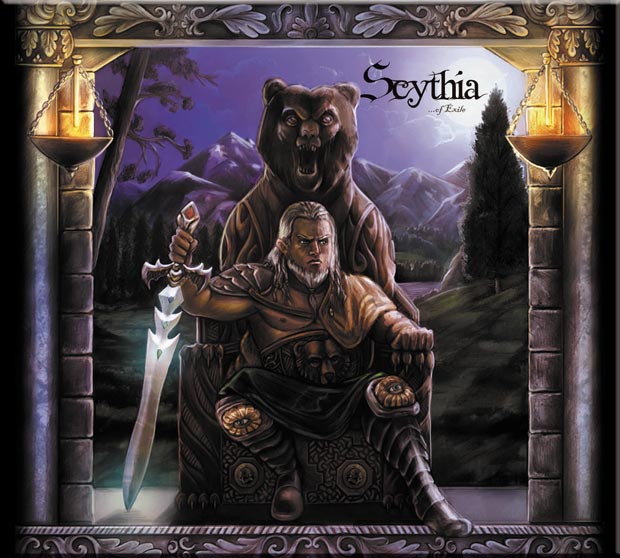 Deep within the province of British Columbia live 5 beings who together are called Scythia, and recently forged a disc of 10 fantastic, folk metal songs. According to the group, this is a fantasy concept record which tells a story – the album artwork portrays times of kings, knights, castles and dank pubs. Does this remind you of a few movies or TV series (Pillars Of The Earth, Lord Of The Rings…)?

…Of Exile embodies some of the most mellow folk metal I’ve ever heard as they keep to the more neo-classical side of the genre, but with a twist in the form of an oboe (I was told it’s called the “Oboe Of Death”). Additionally, all of the songs feature the occasional group vocal, giving them that “fun” factor perfect for a dank pub!

After listening to …Of Exile I feel like watching Lord Of The Rings or just sitting here and listening to the album again… I think I’ll just sit here and press play.

Check out the song: “Fallen King”