Brian Lanese front man of the alternative/funk rock band Permanent Ability took some time out of his incredibly busy schedule to speak with me about the bands upcoming album tentatively titled, Love You To Death. This is the highly anticipated follow-up CD to the 2010 Grammy nominated disc, Bring It On! Here is what Lanese had to say about the band and the new release.

Now that your new album is almost complete. How do you feel about it, and are you satisfied with the outcome?
Brian: I feel the new record is the best one yet, and it will be Permanent Ability’s first full length release, narrowed down to about ten to twelve songs; although, twenty or so were written. It’s tentatively titled, Love You To Death, inspired by the album cover design. Just like our 2010, recently Grammy Nominated release Bring It On! it was also recorded at 4th Street Studios in Santa Monica, CA. It’s recorded with tier instrumental equipment this time around. Couple cool facts about the recording is that we were fortunate enough to get to use Chili Pepper’s drummer Chad Smith’s ’64 Gretch Kit to record with, and a few of Taylor Hawkins snares as well (drummer for the Foo Fighters.) The record features bassist Mario Pagliarulo of Serj Tankian’s solo band The F.C.C. and our collaboration came into play when he randomly heard the music, and reached out to me. He really loved what I was doing, and he passionately wanted to be a part of it. Mario did an awesome job too! When an opportunity to collaborate comes knocking you don’t say no, especially here in L.A., so it was an excellent experience to get to work with him. We are already talking about future projects together as well. This record will show an evolution of our sound that some diehard fans may not even expect.

What was the writing process like? Did you all write together?
Brian: With this record I wanted to execute writing with a “less is more” approach. Busy is great when performing live, but simplifying the parts for this record was necessary, and playing what’s right for each song became vital. Now don’t get me wrong, it has its moments of flashy showmanship, it’s still extremely energetic, and menaces with our signature sound, but it grooves a lot more because of this adjustment. Not many people know this, but I’m the sole writer for all of Permanent Ability’s songs including the instrumental parts. On numerous occasions we’ve made attempts at a collaborative effort, but we’ve agreed that too many cooks in the kitchen causes too much tension and vexation. I’m sorta of the Trent Reznor of funk rock music I guess [laughs]. I first write and arrange all the parts using loops, or instruments, and compose the songs to fit within the existing formula of the band. From there I bring it to the guys for the polish, add a better part here or there if needed, as well as, implement their own stylistic flavor to the song which gives the band its unique original sound. Sometimes I’ll present a finished song, or at times a crude demo, but the structure and idea always remains, and then we work ’em in rehearsal. At times one of the guys may have an idea, and we’ll work on it together, and present it to the rest of the band and go from there. There are infinite formulas for writing, but in Permanent Ability this is how we do it…everyone knows their role within the band’s dynamic, and it works successfully for us this way. 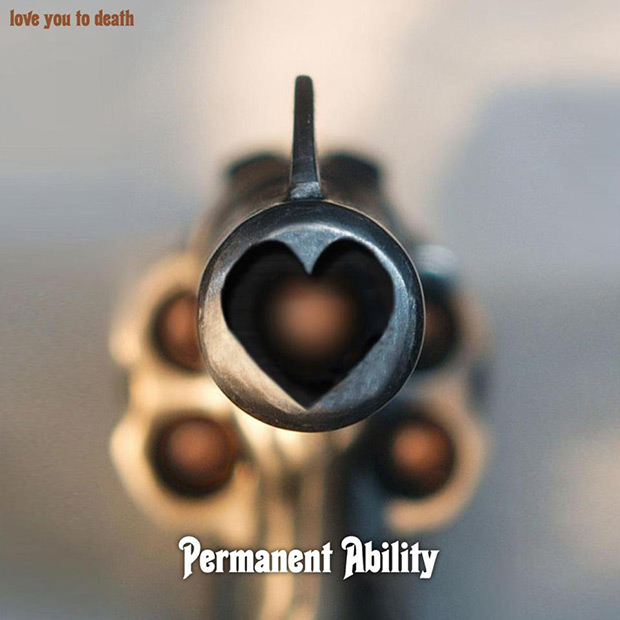 How quick are you in the studio? Can you usually knock things out in a couple takes?
Brian: Yeah. We plan ahead so we are always prepared and well-rehearsed too. We can usually knock out the songs in just a few takes, and go back to clean ’em up if necessary. Guitars and vocals take the longest due to overdubs, layers, and harmonies etc. With Bring It On! we recorded seven songs in just a few hours after three months of preparation, and the record proves working that way pays off. For this new record it was the same preparation process, and we simply went in and killed it!

Are there any tracks on the disc that are personal favorites or that have good stories behind them?
Brian: My favorite track is “Just Another Day,” a SLAMMING, and I mean slamming, punch in the face of some funk-rock fusion written about the shallowed ugliness of L.A. It’s highly energetic and a helluva opener. The song with the best story behind it is, “Punch A Bitch.” Despite it’s a controversial title, it was inspired by an argument I had with talk show host Chelsea Handler at the grocery store. It is very tastefully done, very clever…and has a real catchy hook too. Another favorite is “You’re To Blame,” it’s the very first song I ever wrote, and until recently I decided to rework it. It has this funky descending bass line, a hip-hop disco beat for the chorus, with some animated guitar work by my good friend Orlando Mestre who is also featured on this album.

Every band has its musical influences. What are some of the other bands and artists that have greatly influenced you guys and your music?
Brian: Our influences come from a wide variety of artists, ranging from LL Cool J to Led Zeppelin and everything else in between. Keeping our ears diverse to all styles of music is important to us, and also lends to a vast source of creative ammunition. So when I say we listen to everything…we sincerely do!

Check out the song: “Bring It On!”

Times are tough these days. Do you have a job when you are not touring?
Brian: I hear that…yeah for sure. My daily profession is a graphic designer / animator, and it gives me the means to live…I mean hey, I gotta eat too, right! Plus, being that the band is currently independent, a day job is crucial to fund the band’s needs. This shit ain’t cheap. I tell people you think your drug habit is expensive…try having a music one. Everything cost money. I know musicians that think it’s cool not to have day jobs, but honestly that shit don’t cut it, and won’t fund their creative endeavor (or for that matter a band). Luckily my background gives me the liberty to contribute, and produce a quality product for Permanent Ability’s brand both visually and musically, and without having to pay for it…which in turn saves tons, making the struggle a little less stressful, and more earned capital towards the music itself.

What kind of touring plans do you have in support of the record?
Brian: I’m sure we will kick off a CD release party here in L.A. at the Whisky A Go Go, and then tour in the states to support it. This time around we are giving love to a lot of South East and Midwestern states, as well as, the bigger cities around the US of course. Maybe even some Euro dates as well?

What is the toughest lesson you ever learned in the studio and on the stage?
Brian: Well on stage it’s definitely how good is the sound guy that night in some venues? Sometimes you get these mother fuckers that don’t do their jobs, always on their phones, texting and shit, and you get a shitty mix while performing. That sucks for the fans, the venue’s reputation, and the musicians performing…so that’s been a lesson we’ve learned get creative with, to get the best sound possible live. In the studio…it really is a time is money issue. If you’re not prepared, or you can’t get the job done in those days/hours booked…it will cost you, and that’s the hardest lesson to learn. For some people sometimes learning the hard way is the only way to learn quickly.

What is next for Permanent Ability?
Brian: The recent Grammy nomination really opened more doors for me. Film and TV placement is in the works, and radio airplay is becoming more, and more accessible. Moving forward I simply want to create the best music possible, and prove to the industry, as well as, all the haters…if I can’t join ’em, I’ll beat ’em independently.