I recently spoke with Jeff Tuttle, vocalist of the band Old Gods about the band’s new self-titled EP. The name may sound familiar to you and that is because Tuttle is also the guitarist in The Dillinger Escape Plan. Unlike The Dillinger Escape plan though the Old Gods EP is raw, rough around the edges old school punk. Here is what Tuttle had to say about Old Gods and their new release.

You guys just got back from a tour with Mastodon. How did that go?
Jeff: Yeah I just got back a couple of days ago and it was a killer tour.

Were the crowds receptive of your music?
Jeff: Yeah for sure. Especially during the last two weeks because we are from the East Coast and we got a lot of love from the crowds there.

Now that your new self-titled EP has been released. How do you feel about it and are you satisfied with the outcome?
Jeff: Yeah it was good to just kind of get the first one out. From the time the band formed to the time we released the record it was only a couple of months so it was good to kind of get it out there. We are going to take a little more time with the new one but it was fun to kind of just get in the room and crank up some tunes just like the old days.

What is your writing process like?
Jeff: The riff writing starts with our guitar player Randall but after that we just kind of round table it and make cuts here and there moving verses and choruses around. Randall is the riff master by far though. 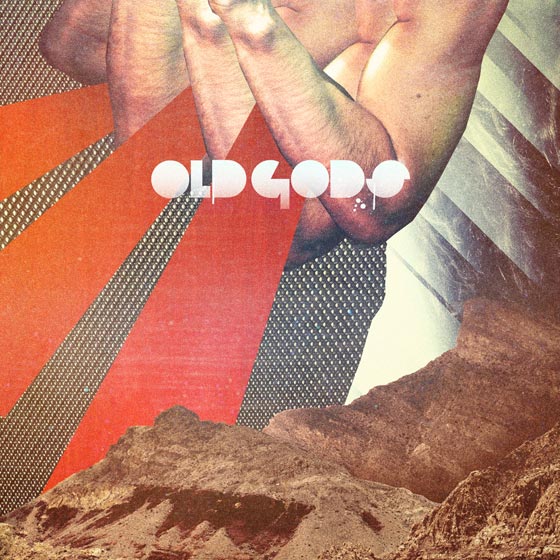 Did you write a bunch of tunes for this EP and then select certain ones or did you just write what made the disc?
Jeff: We just wrote for the EP we wanted to get six songs or enough to fill about twenty minutes or so; more as a statement of purpose. We have not even released a physical copy of the EP. We kind of wanted to use this as a business card to get our name out there and let people know who we are and what we are about. We plan to do something more substantial later on down the road.

Are there any tracks on the disc that are personal favorites or that have good stories behind them?
Jeff: I hate to say all of them but I am gonna have to say it…all of them. I can’t really pick one because I like them all for very different reasons. I feel if I liked one over the other it would be a failure on our part.

Is there any special meaning to the name Old Gods?
Jeff: I got that question the other day and unfortunately there isn’t. I will say that when you take on a name for yourself even if it doesn’t have a meaning at the time the individuals within the band can sort of adapt to a meaning. I think that we are older guys and have been around the block several hundred times. We are just trying to show the youth of today what it was like when we were growing up and hopefully we can impart some of that wisdom and point them in the right direction.

I know you are real busy with The Dillinger Escape Plan but are you going to be taking The Old Gods out on the road at all?
Jeff: I hope so. That is definitely something that we would like to do. Once we get this full-length going we hope to have some more interest behind us. We certainly would like to get a label and get physical copies of the record out there as well. This is the one thing I get from all of the social media sites; the people that do hear ask us when we are going to come to their town and I don’t have an answer for that yet. All I can say is hopefully really soon. I would love to do some type of support tour or something like that.

Any closing words?
Jeff: Keep an eye out for the band in 2012 and hopefully the Mayans don’t kill us all.