The UK based band, Bear Calvary really DFY any attempts at categorizing their music. Their unique blend of genre bending tunes infuses pop music with African chants, trumpets, electro synths and falsetto vocals resulting in a truly out of the ordinary sound. I was able to catch up with Dan Kirk to discuss the band and their latest release, Maple Trails.

Now that your new EP, Maple Trails how do you feel about it and are you satisfied with the outcome?
Dan: It’s been in existence for quite a long time now so to us it feels like we’ve come on quite a way since it was recorded. “Will Smith Solves The Rubik’s Cube” was actually about the third song we wrote as a band so that one is especially familiar. We’re really happy with it the production and the way people seem to be responding to the songs though.

What is the meaning behind the title of the record?
Dan: There isn’t one really at all, we always name things kind of nonsensically. Imagine ‘Maple’ and ‘Trails’ weren’t two words and ‘mapletrails’ was just a sound to describe the feeling we had whilst recording and listening for the first time, like a little squeak of excitement mixed with a shiver of uncertainty and adventure. It just sort of fits the mood of the EP for us really.

What is the meaning behind the name of the band?
Dan: Another random one really, we were stuck for a name, flirting with a few ideas and so on as is pretty standard with new bands. Again, it just sort of sat nicely with what we wanted our band to be.

What was the recording process like? Did you guys all write together?
Dan: The recording process was spot on, spending time in a purpose built space with everything in its place and just knuckling down to some music making is precisely what we’d like to do for ever, so having a week in that environment and mind frame was pretty lovely. Tom Woodhead, who we recorded with is a real gent too. We all have a role in writing all of our stuff, as far as I can remember there’s no song of ours that was completely written by one person. Louis is almost always the one who starts the fire but we all chuck on a fair bit of kindling once he’s introduced the spark. Metaphors have always been a big part of what we do. 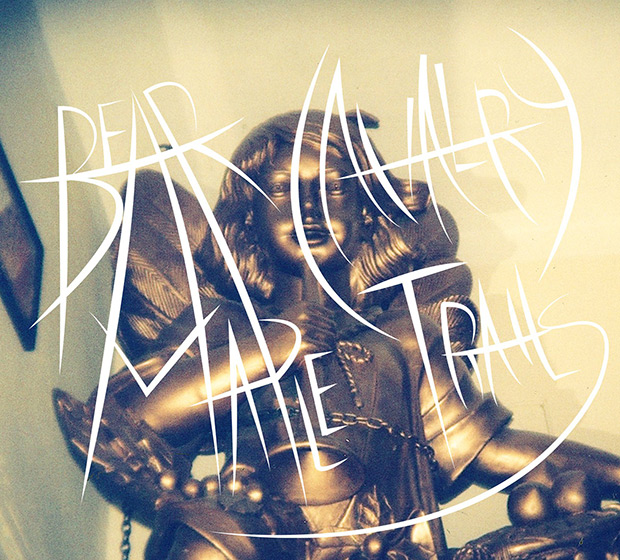 Who are your biggest influences on your playing?
Dan: Anyone we think is good really. The people that influence our style or sound are subject to pretty drastic change depending on which of our songs we’re playing at any given moment.

You offer a welcome range of musical sounds and instruments. Do you think this is due in part to your varied influences and/or a desire to explore new realms of music?
Dan: Definitely, we could try and claim to be the inventors of afrobeat or prog rock or funk or whatever but I don’t think it would wash with too many people. We’re all about just trying to put a new twist on things and using instruments that might not necessarily be expected at certain moments is one of the small ways that we like to try and do it.

Is it hard translating your songs to a live performance?
Dan:Not at all, we write them in a live setting so they are literally translated into a live performance as they are written, in real time. We like to cut corners that way. We may hit that wall soon though, we’ll have to wait and see what madness we come up with in our next writing spree.

Can you talk about some of the subjects you tackle on this record?
Dan: I’m not sure I’m at liberty to discuss any of them in any depth. Really it’s quite broad and covers our feelings on home, the future, the past, people we know and people we’ve witnessed; in a light hearted sort of way. There’s meaning to it though, you can be sure of that. It’s not all ‘hey-um-bah’.

Do you have any touring plans made for 2012?
Dan: Not touring plans as such, just getting around the place and putting our soul out there to the masses as much as possible.

What is next for Bear Cavalry?
Dan: Same thing as we do every night Pinky: Try to take over the world!

Check out the song “Roman Summer”