The Skinny: “Ignore the voices from the telescreen” reads one of the lines from Hidden Amongst Us’ first single “The Machine.” The song is a message to the masses. It’s a call to arms. It’s “1984.” Things are happening right in front of our eyes and out of our control leaving us with only two options. Follow like sheep or think for yourself. FUCK THE SHEEP.

Tired of being beaten up and beaten down by today’s “so-called” life where we live to work instead of work to live, the members of HAU needed an outlet. A LOUD one. Hidden Amongst Us is that outlet. The band holed up in a studio for a year and began hashing out ideas for what was to become their debut album The Machine. Touching upon everything from religion and Big Brother to murder and revenge, love and hate to anger and betrayal, the album delivers an onslaught of pure piss and vinegar.

One listen to the sludgy grooves of “Powder” or the crushing tuned down Sabbath-like guitars of “Salvation” will make you realize that this, ladies and gentleman, is what “1984” sounds like. Currently the band is busy booking shows for 2012 and promoting their debut album and it’s lead single, “The Machine”, across U.S./International airwaves and internet radio. 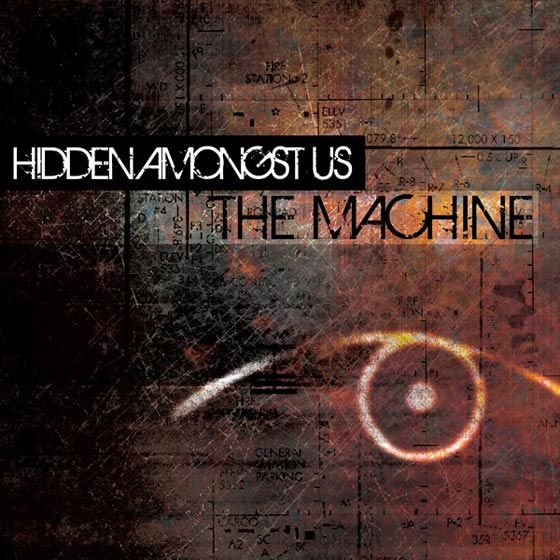