Made In Stoke 24/7/11 is a double live disc that documents the homecoming of guitar legend Slash at his English birthplace of Stoke in Trent. With Myles Kennedy handling the vocal duties, the band covers many of the highlights of Slash’s career including songs from Guns ‘N’ Roses and Slash’s solo work.

Disc one kicks off with a terrific version of the Slash’s song “Been There Lately” which really seems to get the crowd primed and ready. Up next is the Guns ‘N’ Roses tune “Night Train” and while the band is unbelievably tight, singer Myles Kennedy seems to have a bit of trouble settling in and finding his own voice; as such the song comes off sounding like a cover band (it seems he’s trying to imitate the original vocalist rather than interpret the song in his own way). Thankfully this doesn’t last long as after “Night Train” Kennedy seems to settle in and turns in a phenomenal performance for the remainder of the disc. I’m a huge fan of his work with Alter Bridge and I was happy to hear him return to form.

What can really be said about Slash? He’s a larger-than-life guitar legend who does not disappoint. His playing takes on a whole new life in the live setting sounding bigger, beefier and rawer than on vinyl or disc. I particularly liked the, “Godfather Solo,” as it’s here that Slash really shines, tastefully shredding while also performing a super cool rendition of The Godfather Theme Song.

I’m not the biggest fan of live audio discs as I feel that more often than not the energy of the show doesn’t translate well to the home or car environment. That being said, I think Made In Stoke 24/7/11 is one of the few exceptions.

Check out the song: “Back From Cali” 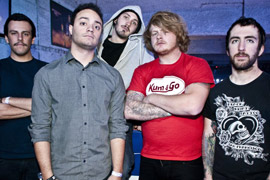 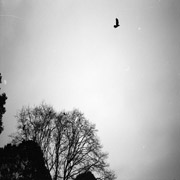 Black Skies – “On The Wings Of Time”