The ten-track offering was recorded at The Animal Farm studio in South London, UK, produced and engineered by Jamie Dodd and mastered by two-time Grammy-nominated Pink Floyd engineer Andy Jackson at Tube Mastering.

Commented vocalist Ben Ward of the track: “”Red Tide Rising” was actually the first song we wrote for the new album and the main riff was written by [guitarist] Joe [Hoare] as far back as 2008. We all knew that this would be the lead song on the album as soon as we wrote it; it felt kind of special and it set the tempo and feel for the whole record. It’s one that we all had a lot of input on so it’s a real band effort and definitely wasn’t rushed. The ending must’ve been changed half a dozen times or so until we were all satisfied!”

“It’s a very typical Orange Goblin song and I’m confident that it’s going to be a live favorite for many years to come. We’ve actually played it at the last few shows and despite no one knowing it, it got a great response. Lyrically, the song is a tribute to my fascination with the works of horror writer H.P Lovecraft. The theme centers around the rising of Cthulhu from the deep and the ultimate destruction of Earth and mankind.”

“It was fun for me to use my imagination and be able to write about the Elder gods and the end of the world. I think it’ll make a great Heavy Metal video! The title was something I made up and we considered calling the album ‘Red Tide Rising’ for a while. It’s pretty self-explanatory with the idea of the oceans turning to blood and the beasts taking over for the dawn of a new dark age! We are all very proud of this track and honored to preview it with Noisecreep/AOL. With our annual Christmas show looming on Saturday, now seems like the perfect time to unleash this beast on the world!” 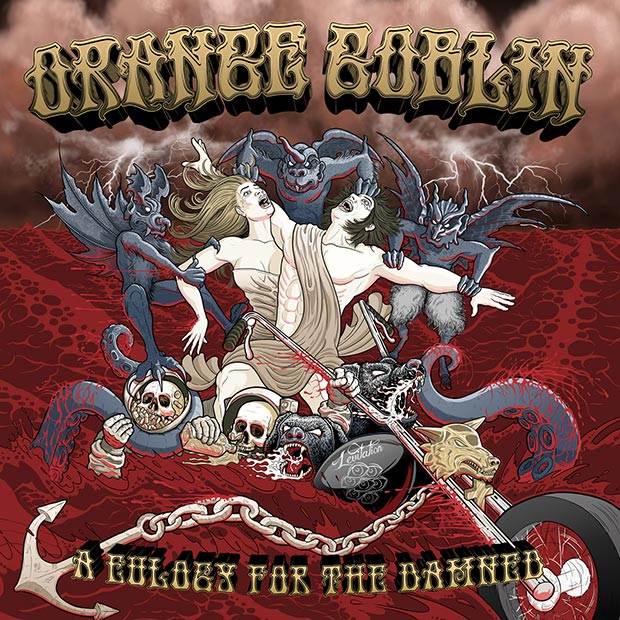 ‘A Eulogy For The Damned’ Track Listing:

Interview with Between the Buried And Me bassist Dan Briggs