Check out the song: “Army Of Slaves”

The New York City based band PUi has been creating quite a stir in the music scene with what they call neo primal rock. Whatever you call it though this genre defining music is heavy, primitive and infectious; it literally seeps into your very being. I had the opportunity to speak with guitarist Prince Nazimcan Shuva about the band, their new video and their upcoming release. Here is how the conversation went.

Now that your EP, You Will Clap is complete. How do you feel about it and are you satisfied with the outcome?
Prince: I am happy with what You Will Clap did. It was more of a project so we had something to give people and it ended up carrying us to this point. We now see that a new album is necessary and it will come out in 2012. But for what it was it did excellent.

You said you are working on new material. What is the writing process like for you guys?
Prince: We will have a broad conversation before we start writing and talk about what we want it to sound like and what we want it to say. Then I will go back to my studio and come up with some melodies and some guitar riffs and stuff like that. Then I will pass it on to our singer to see what kind of melody and lyric ideas he has. Together we will bring it to the band and see what kind of drums and bass we will need and that is really how it works.

When you write do you have the live setting in mind?
Prince: We never did but now we do.

Do you find it hard translating your songs into the live setting?
Prince: Yes. The reason I say that is because we want to do things much different than a traditional rock band might do. We want to bring in world percussion and synthesizers and all this different stuff but obviously the challenge is that you have to realize that people are coming to see what you are so you better be ready to duplicate exactly what you did.

Getting back to the EP are there any tracks that are personal favorites or that have good stories behind them?
Prince: I think the crowd favorite is probably “For The Gods”. For me as well I would have to say “For The Gods.”

Let’s talk about the new material is it going to be along the lines of the EP or are you changing things up?
Prince: It is going to be different because I feel like we are coming more to terms with our sound now and it is getting to be exactly like we want it to be. People will definitely hear the difference in our music. It is only recently that we have begun to call our music, “neo primal” which is going to be the name of the album and is going to be very true to that concept. 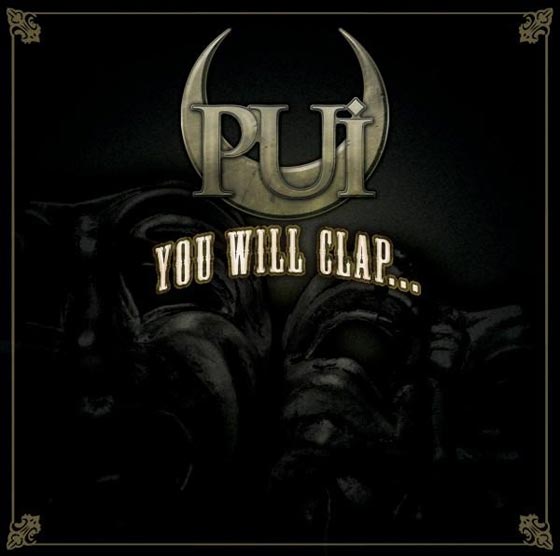 When can we expect the new release?
Prince: I would say mid 2012 it should be released.

Do you have any pressure while you are writing?
Prince: No it is very relaxed because we don’t sit down and force ourselves to make the music sound a certain way. We just sit down and play and whatever it sounds like is how we sound. We accept tha,t so in that kind of way things are very peaceful and are going great.

What kind of touring plans do you have set up?
Prince: On November 5th we are hosting our video release party at New Yorks Irving Plaza and we are headlining it as well; which is almost sold out. We are heading out to California at the beginning of the year and we are looking at plans for Seattle and Chicago as well.

Do you have any rituals before you hit the stage?
Prince: Yeah we all gather up and have a little war talk.

Do you still get nervous before a show?
Prince: I do have an intense sort of feeling but I wouldn’t call it nervousness it is more like a restless sort of thing. I just want to run out there.

What would fans be surprised to find on your iPod?
Prince: Justin Timberlake.

If you had not become a musician what other career path would you have liked to attempt?
Prince: Painter

If you were a superhero who would it be and why?
Prince: Batman

Any closing words at all?
Prince: Don’t be an Asshole 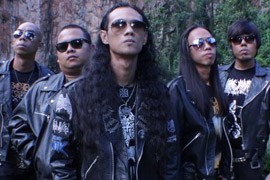