Montreal, QC group Fallstaf has dubbed themselves ‘Brass Metal’ and although not a “real” genre, the term perfectly describes the sound found on their album, Bastard Sons Of A Pure Breed. They’ve essentially written nu metal/rock music with simple, but heavy instrumentals and shouted vocals all nicely overlayed with some trombone from “The Hitman.” This is the niche that gives Fallstaf an advantage and enables them to stand out amongst other bands.

The album Bastard Sons Of A Pure Breed is split into two parts: Side A was recorded by Kevin Jardine of Slaves On Dope and consists of the first six songs, ending with an acoustic ballad entitled “My Demons” and the last five tracks, Side B, was done by Yohan Paranzino Lavoie and completes the record.

After a first listen, Bastard Sons Of A Pure Breed did note excite me much, but after a few tries it quickly grew on me to the point where I now dig Fallstaf. With a new musical concept it makes one wonder, “will Brass Metal become a real sub-genre”? Only time will tell!

Check out the song: “The Cost” 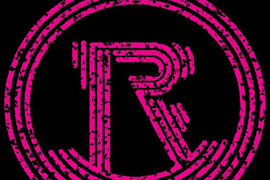