Hello, I am writing to inform you about my decision to transfer my son to the Spineyard Institute of the Caustic Kadence (SICK), a music school specializing in contemporary music education. His name is Daniel Seatomb-Matilda, and he is in Wilkinson High’s first year.

Before he finished middle school and got enrolled in Wilkinson High, he was brought up in an environment full of Deep Purple, Black Sabbath, Van Halen, Iron Maiden, Metallica, Megadeth and lots of other old school hard rock and heavy metal records, and we painstakingly taught and inculcated in him the golden virtue of appreciating these rebellious forms of music while maintaining self-discipline and good manners.

Lately however, he has been drinking – and possibly smoking (I can smell it from his uniform) – and coming home late everyday. Drinking and smoking! At the unripe, young age of thirteen! Imagine how worried I am as a parent who wants her kid to lead a normal and healthy lifestyle. Oh, and throw in the fact that he no longer listens to ANY of my old school rock and metal records and you can imagine how disappointed I am. It really breaks a classic rock/metal mom’s heart to see her kid abandon quality bands like Judas Priest and Testament in favor of – in his ripped-off words from a certain extreme music magazine – “Absolutely godlike death/thrash”.

How do I put it, it is like that sense of dread a Christian mom feels when the day her pubescent teenage kid finds out that the Bible promotes sexual abstinence arrives, and it ends off with the kid dropping out of Sunday school and walking down the path of vice (or so Christian moms like to think). 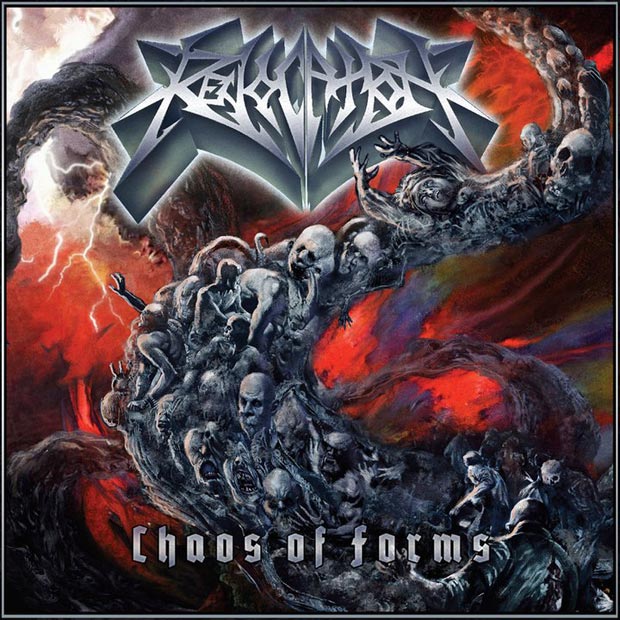 So what is it that changed him so drastically? Apparently, It is due to his discovery of his “new favoritest band” in the form of a Massachusetts trio called Revocation. Let’s just say that I never really believed in a musical education or career, but I am now after being given a goddamned parental dilemma of either letting my son continue to rot like this in a traditional educational institute, or to pursue his new dream of trying to be the next guitar hero by following in the footsteps of his new idol, David Davidson of said band. My once-pure, Ozzy-Osbourne-shirt-wearing son is literally hooked onto their music now and growing his hair out! The horror of having to explain it away to my friends at our next gossip session! Oh, it is “hooked” in the drug-addiction sense by the way. He has had the Chaos Of Forms disc stuck in his stereo ever since he put it in, and I doubt it will be leaving that sacred, circular spot any time soon.

His grades have been falling (but interestingly, he achieved a ‘B’ for Music) and whenever my son reaches home late every night, not only does he not immediately go to sleep; he has the guts to blast Chaos Of Forms at full volume. He’ll then proceed to stomp and jump all about his room, yelping and whooping at the top of his lungs incoherently, making a big mess of the bedroom that I diligently clean up every morning.

Due to his new-found love for getting into daily loutish fits whenever it’s way past his bedtime, as a mom, I naturally could not completely ignore the stuff he headbangs to every night. When your floorboards vibrate with a deep, rumbling rattle from the entire ruckus, carrying the sounds of 200dB technical death/thrash to your aching ears, you want to find out the reason behind your disturbed sleep. Okay, I was joking. I would be long dead if it was 200dB.

Unlike its name, Chaos Of Forms is actually filled with songs that sound like a series of bursts of controlled sonic madness, orderly dishing out one trick after another to fool young minds into falling for the band’s ambitious scheme to take over the throne of the “Next Big Thing In Metal”. I simply cannot believe that the frontman, David Davidson, studied at the renowned Berklee College of Music. I mean it was the same place that spawned (urgh) The Click Five! His amazingly fresh and hitherto perennially catchy playing style is really unlike anything I have ever heard before. Listening to them is like bringing Dimebag Darrell back to life, update him on the recent trend of eclectic directions taken by modern metal bands, and then getting him to improvise on the spot after letting him hear some Arsis (a fellow American tech death band my son also got into recently due to his new-found interest in the genre).

Check out the song: “Cretin”

Basically, insanely memorable guitar soloing aside, it is all about the groove… the GROOVE… THE SUPERCALIFRAGILISTICEXPIALIDOCIOUS G-R-O-O-V-E!!! The high points of this dangerous weapon against society’s next generation have got to be “Cretin”, “Cradle Robber”, “Dissolution Ritual’, “The Watchers” and “Beloved Horrifier”. How do I know? My son starts his attempt at demolishing his room whenever these songs are next on the playlist. For two weeks now my neighbor has been complaining to me about the noise, and just yesterday, she finally snapped and called the police! I had a tough time dealing with the two officers that turned up at my doorstep at 3AM, and they only left after I gave them some donuts and hot chocolate. Oh, how angry my husband will be with me when he finds out that his remaining stash of night snacks is gone.

Though causing less of a commotion, the following tracks are perilous too: “Harlot” – Daniel usually brings his bookshelf crashing to the floor during this song. I’m sick and tired of having to rearrange all those books back onto the bookshelf the next morning. It has a nice bluesy part somewhere around the 3/4 mark that reminds me of Joe Satriani.

“No Funeral” – Yeah, thanks a lot. This song will result in my own funeral in time to come. This is the part where he usually starts banging his head against the study table. The muted drumbeats at the start that culminate into a frenetic barrage of energetic riffs is as disastrous as letting your kid drink Red Bull at night, you can trust me on this.

Check out the song: “Cradle Robber”

“Chaos Of Forms” – Oh Satan, I know how chaos is your order and dwelling place, but can you please spare my son? This is when Daniel typically tries to throw his damned bowling ball out of the damned window, and I usually make it just barely in time before my son gets convicted of killer litter. The soft strumming somewhere in the middle does help a little, for his spasms tone down in intensity during this part, but then it evolves into a slow, melodic wail accompanied by springy instances of a descending-ascending motif, which seems to remind his disillusioned mind that he is not in his own home but at an asylum instead.

In all my history of listening to classic hard rock and heavy metal, never have I encountered such virtuosic, inventive and abrasive guitar-playing that takes influences from the oldies and reiterates them in a mind-blowingly new manner reminiscent of how Black Sabbath did the same with blues during the advent of heavy metal. I’ve got to admit, it’s very tempting to think that my son could possibly be a great guitarist like this David Davidson someday, so here’s hoping that my gamble with SICK will pay off!

I guess it’s finally time to say goodbye, Madam Potts. Oh, your son who is running the Wilkinson’s family restaurant should try asking this band to write an advert for him instead of that joke of a black metal nerd (see below) who almost ruined the restaurant’s reputation some time back. In the meantime, I shall try to cleanse my mind of this addictive record. Society will be an empire of the obscene should this trio dominate the radio airwaves, and existence is futile without them! Wait a minute… 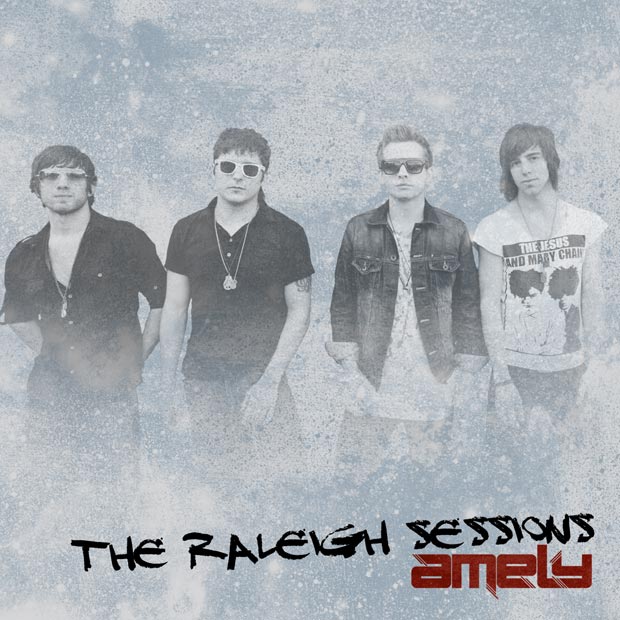