It’s really hard to believe but New Found Glory is heading into its fifteenth anniversary together and just released a seventh record named Radiosurgery. The album is classic NFG, full of catchy melodies and easily relatable lyrics and has been very well received since its release in early October. In this interview with the band’s rhythm guitarist and main lyricist Steve Klein, we talk at length about the writing and recording of Radiosurgery and the motivations behind it. Steve discusses the inspiration behind the album, a sort of homage to ’90s punk and also what this unusual title adiosurgery is all about. We also talk about the main differences he sees between this record and Not Without A Fight and why the band sticks with the tried, tested and true formula of working with producer Neal Avron. Check out the band on tour practically all over the world in the New Year.

Your newest and seventh record is called Radiosurgery and it’s just about due for release. What are your feelings on it now upon its release?
Steve: Well super excited about it. When you record a record it takes about four months for it to come out once it’s done so you kind of get anxiety about it for people to hear it. Today is the first day where everybody’s really going to hear it because the album stream is up so I’m really excited and so far the fan response has been really amazing.

I must ask you about the name of the record Radiosurgery because it’s kind of a crazy title for a punk rock record. How did this title come about?
Steve: Um, I feel like when we were first talking about this record what we kind of wanted to do was to kind of bring back the classic part of music we’re into. We went back to old Green Day records, Ramones records and The Clash, the records that got us into this style of music. They would just use certain classic words that people would stick to and Radiosurgery is one of those things you hear and you’re interested in it. And that term, you know “Radiosurgery” was the last song that we wrote for the record so we were kind of like looking at all the songs and we were thinking what is the common theme of the whole record. It kind of goes through the whole stages of a breakup, just like the madness and just certain things that people go through you could say. We came up with the term Radiosurgery and it took its own meaning to where the only way you can get this person out of your head is to get them surgically removed from your head, you know your brain. In thinking about these songs and looking into these songs, “Radiosurgery” could be the first song on the record or the last one because it kind of encompasses the whole idea of the record.

Check out the song “Anthem For The Unwanted”

You mentioned there that part of the motivation for the writing of this record was to sort of pay homage to your own punk rock influences that first inspired you back when you were growing up in the ’90s. How did this exactly become your motivation for this particular album?
Steve: I just think listening to new music these days, I think for us it’s kind of losing that classic feel, that feeling you get when you heard those records, it’s kind of like contrived and there’s no real soul to it. I think we needed to kind of go back and listen to those records figure out what made those records special and it was about the melody and it was about the songs and the catchiness of the overall feel of the records. I feel like a lot of bands are losing that nowadays and you know we wanted to make more of a conscious effort to make this record a complete thought so you could put it on and it would tell a story but you want to sing along, you want to have fun, you want to show it to your friends. You can come to the show and sing it back to us because New Found Glory, we’re all about our live show and writing these songs they’re all really really fun to play live and we expect these songs to go over really well with the fans.

Part of this record was written on the road during the “Honda Civic Tour” last year. Do you prefer writing while on tour or when you’ve been off the road for a while?
Steve: Yeah I definitely like being off the road. I feel like a lot of initial song ideas were written on tour but the main core was written while we were at home, just because you have a lot more time to separate yourself and put yourself in the right mindset to write. I feel like when you’re on tour there are so many distractions and there are so many things to do and going on, the shows and stuff to worry about that you can never really put yourself in the best mindset. You can write on the road but in order to really write your best material you kind of have to be alone and put yourself in the right place.

Were there any big differences in writing Radiosurgery as compared to Not Without A Fight?
Steve: I think with this record, with us living separately in different parts of the country, with this record more than ever we kind of wrote it on webcams which is kind of funny. Chad will come up with the idea and demo it on his computer and send me the idea and I’ll write stuff to it to myself in my garage and I’ll chat with Jordan and Chad and show them my idea. And after we did that a couple of times we all met up in L.A. and took these song ideas that we came up with separately and put them together as a band. We did pre-production with Neal Avron and put the songs together and made them what they are now. 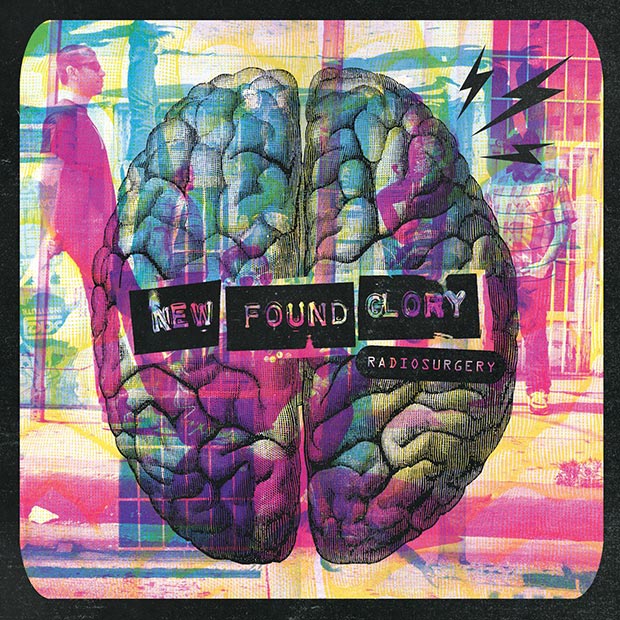 You worked on Radiosurgery again with producer Neal Avron who has become a familiar name for New Found Glory fans. What is it about Neal that makes you keep coming back to him?
Steve: We’ve always felt like Neal was a part of the band. He’s just an amazing person, he’s really smart, when it comes to music and melody and stuff like that and structure, just everything that has to do with production. We love Neal and we would have used him for every one of our records but you know after three records with him, we kind of wanted to do something different and explore other options. In thinking about this record as a whole, Neal Avron is the perfect person to come to and say “hey we want this record to have this sort of feel, will you help us create this?” We told him that we wanted to have that classic punk sound to it and he kind of took that and led us on that path to making it sound that way.

There are eleven tracks on the record but how many did you record in total for this album? Are there a lot of songs left over?
Steve: Yeah on the deluxe edition of the record there’s like four b-sides so there’s fifteen tracks total.

Are there any unfinished songs lying around in the studio?
Steve: There’s stuff that we didn’t finish but those will probably never see the light of day. We have songs for every record that we just don’t finish that we keep in the vaults if we ever need something but usually when we’re writing a new record we want to write newer stuff.

You’re known to fans as being the primary lyricist for the group. Did you write all the lyrics on this record or did Jordan have more input?
Steve: I think we all definitely put in our input as far as lyrics go. I would say I write the majority, but Chad definitely writes chorus ideas and lyric themes and parts for it. When he comes up with the main guitar part, a lot of the time he’ll come up with some kind of melody that goes along with the guitar part or like a theme to the song. We’ll talk about it and I’ll write lyrics to his idea. Every lyric that we write for New Found Glory is either something either I’m going through or someone else in the band is going through and I think that’s what makes our band so likeable is that the songs are about real life situations that we go through as a band. You know, being on tour, having to deal with relationships, friendships, you know the ups and downs of that. This record especially, there was a big breakup in the band so that affected the lyrics a lot so we all affect each other so that affects our music.

Check out the song “Radiosurgery”

How long would you say you practice playing your guitar in a day?
Steve: Never [laughs]. I mean I don’t really practice New Found Glory songs. I would say I pick up the guitar to write or sit there and jam and play riffs. In the studio we jam our songs and sound check so much that we don’t really need to practice. It’s one of those things where we kind of get together and it kind of just works, we all know our parts and we just play which is good because it means we’re all professionals at our instruments, we’re all masters at our craft. After fifteen years of being in a band you should be able to know how to play your instruments and play your parts, you know what I mean?

The band had the opportunity to play a full tribute set to the Ramones at this year’s Bamboozle Festival along with Marky Ramone. How did this come about in the first place? Does the band know Marky personally?
Steve: Um, no not really, it’s kind of a thing that Bamboozle put together. A couple of years ago we did a full Green Day set and everybody flipped out over it and we were really excited and it went really well. So for this year one of the Bamboozle promoters kind of brought the idea to us, they said, “hey, we want to do this” and of course we were so excited about it. I mean for us to play a set with a living punk legend and a full set that is, is pretty awesome. We got to play like thirteen or fourteen Ramones songs and it was just so fun.

What are your touring plans like for the near future and what can we expect from New Found Glory into 2012?
Steve: Right now we’re about to start the “Pop Punk’s Not Dead Tour”, that’ll lead us into Christmas and after that we’re going to South America and then back to Europe and the UK and Japan and Australia and after that hopefully we’re going to come back through Canada and the U.S. again for the summer. The record is just coming out so we’re going to just keep working and try to play to as many people as we possibly can until we go into the next record. 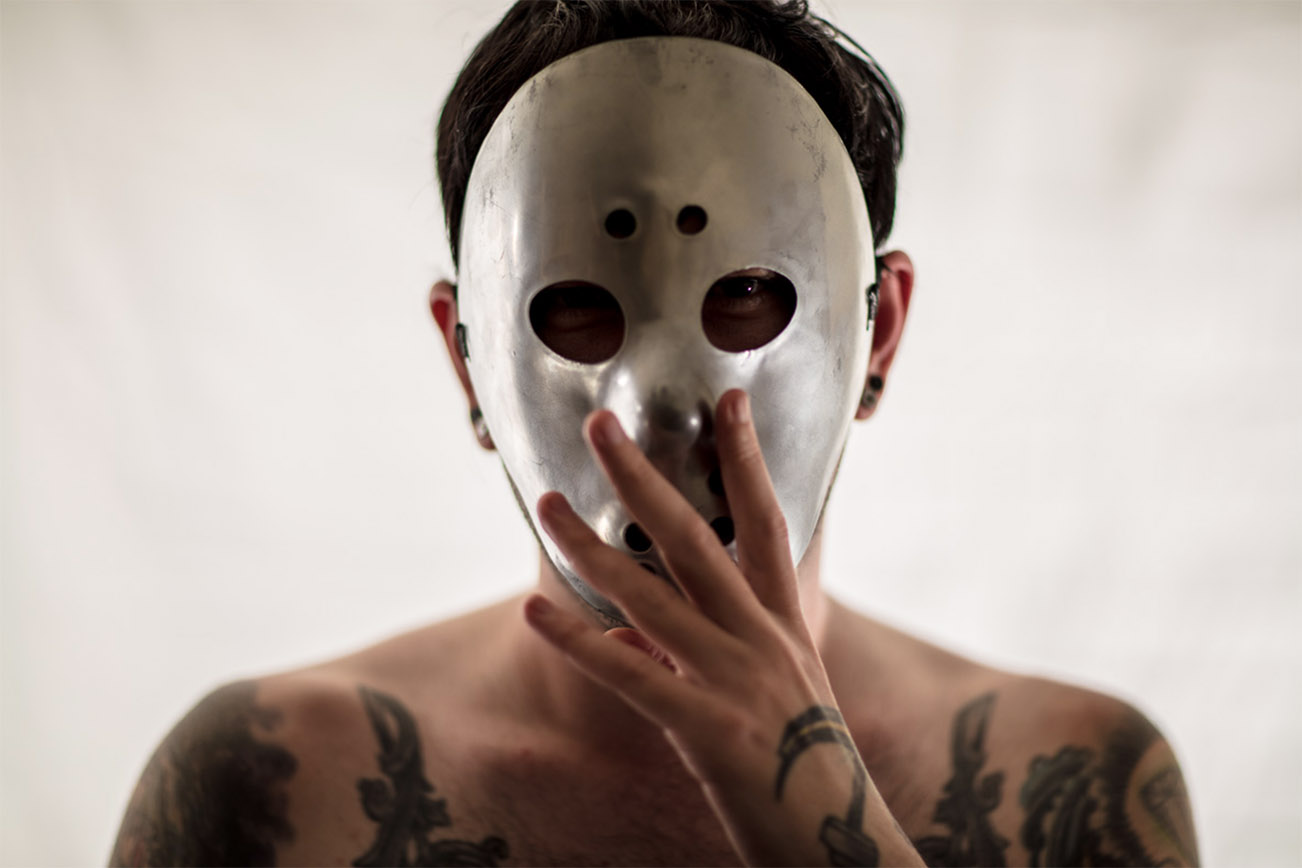 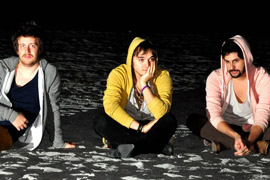