Check out the song: “Forsaker”

I had the opportunity to speak with Anders, co-founder of Katatonia together with Jonas Renkse. It was the last day of their tour as Opeth’s supporting acts on the “Heritage Tour”. Niklas Sandin and Daniel Liljekvist (bassist and drummer respectively) were present too. Here’s what Anders had to say, about their music, relationships in their bands, and metal hair.

How’s it been so far touring as Opeth’s special guests?
Anders: An honor. A favorite band of ours, old-time friends of ours, a really-loved band, I mean, they’re huge these days. They can really draw the crowd and it’s a great honor for us to be on the package and be able to play in front of their people because we can really see how they come across to their audience really well. So I would say that this whole tour was a great opportunity and a really good investment for Katatonia to be part of.

I was actually at your last show here in the US. It seems soon to be back. Has anything changed from your perspectives, from performing last time and now?
Anders: The main difference on this tour is that we’re playing a lot nicer venues, bigger venues, in front of a lot more people. Almost every gig is sold out. We had a few days off on this tour where we played our own gigs – sideshows – and those were really intimate, sweaty, basement kinda venues. But those are really fun as well. So I can’t say I prefer either or; it’s just different.

Is it any different performing in the US compared to back home or in Europe in general?
Anders: Audience and gig-wise, I don’t really think it’s such a big difference. I differentiate the cities themselves, not the countries, because it can be so different. In Europe, the more north you go, the more stiff people are, and the more south, the more open and devoted people are to show their appreciation, they have a lot of energy. In America, it’s been different from city to city. Where it was really hot in Texas, they were really into it, versus a colder place like Milwaukee or something, they’re more held back. I don’t know if that’s something to do with the temperature or weather, but it’s an interesting topic.

So it’s been 20 years for you guys as a band. Congratulations! How’s the journey been?
Anders: It’s been a great journey. It’s been a long journey. 20 years, it feels a little bit unreal to look back upon. The first years, our only goal was to release an album basically, and when we reached that goal, the second goal was to go on tour. We’ve done this so many times now that I think we’ve reached our goals, but the goal today is to try to write an album probably you never thought you would do, never thought you would have the ability to write. But it’s been a fantastic ride. We’ve been pretty fortunate as well because we haven’t had so many lineup changes so we’ve been pretty focused with the vision of the band. It hasn’t been compromised in any way, either by members or by the label. Me and Jonas started the band 20 years ago, and we still have the same vision today.

Speaking of writing albums that surprise you or your fans, what are your opinions of your last album, Night Is The New Day (2009)?
Anders: I’m super proud of the album. It still feels like it’s very fresh. It’s very new and I’m not tired of it at all. I still prefer those songs live as well. On some of the older albums, when we’ve toured for 2 years, I was sick of it but this one, I could probably have toured for another year without being tired of it. But there’re demands for making a new album, and you gotta keep the momentum going, so we need to do a new album. But personally I’m really stoked about Night Is The New Day still. 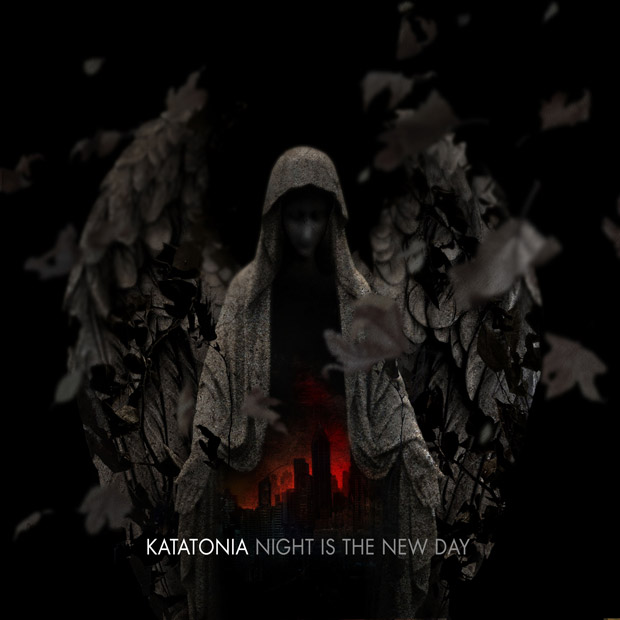 Yeah, I have to say that it’s probably my favorite album as well. It just feels like everything came together perfectly on that album.
Anders: Good! That’s a good choice.

Any efforts for a new album, just to keep people on their toes a little bit?
Anders: We’ve started the writing on the new album. This tour is wrapping up today so we’re heading right back home tomorrow and trying to continue where we left off. Material-wise, it feels really good, it feels super natural, nothing is forced. I would say it’s an expansion on what we’ve done last album.

Have your influences as a guitarist in these 20 years?
Anders: it doesn’t really change, it just gets more. All the influences I had in the beginning are still with me and those are mostly the albums I go back to because I know they’re always there for me. So they are just as important today as they were 20 years ago. But life just goes on, new experiences, new impressions every day, so I think you just take in more and more by the life cycle itself. We’re really open-minded people as well in the band. For me, a good song or a good band is good regardless of genre.

A lot more bands would be better off if they kept an open mind, so to speak, and in metal it’s very common to be narrow-minded – “if it’s not metal, it’s not good” and all that kinda crap. That;s not at all how we see things. We listen to every kind of genre in music.

What would be your most unexpected influence or a genre people wouldn’t expect you to listen to?
Anders: There are probably a lot of those. (To Daniel) Are you interested?

Anders: Fabio. No, that’s not really an influence. It’s just something we’re pranking on each other. He released an album actually! And I have that album. I actually bought it on eBay for a shitload of money (laughs). No, it’s just a joke. But there’re a lot of singers and songwriters that we like. One of my personal faves is Tori Amos. She just came out with a new album and I listen to it a lot. But I guess maybe that’s not unexpected.

You’re in the side project Bloodbath, together with Jonas, Mike and Axe. What’s that like, working with the same people, but in a very different environment and with different music?
Anders: It’s mostly fun actually. We try to take away the “have-to’s” in Bloodbath and just go with the flow and create something that we really enjoy – going back in time when we were kids and there was no business around, no demands, even from ourselves, just having fun with it. That’s probably why we ended up doing Bloodbath for so long, because it was so fun. If it was too serious, and the label had too much demand, I think we would’ve quit. But I think that’s why we have that band – to let go of some steam.

So you can’t really separate the two?
Anders: This last year has been Katatonia almost 100%. We’ve been on the road or in the studio the whole time. So the only time you get off is weekends with your family, and then you just wanna be by yourself. But on the other hand it’s really cool that you are all friends and that you get along because otherwise it wouldn’t work. I mean, just this tour has been 2 months and if you didn’t like to hang out, it wouldn’t work. So we have a really cool situation like that. We’re all COOL!

[Laughs] So it’s the same with Opeth and Bloodbath as well?
Anders: Yes, the exact same situation. Mike is also super busy so the only time I meet Mike outside the band is when we play badminton, quite a lot, trying to get in shape. And we meet for New Year’s parties, midsummer parties, Easter parties at his house. It used to be more drinking in the past; that’s now taken on the road instead.

Check out the song: “The Longest Year”

That’s awesome! So Jonas is the lyricist in the band. Do you have a hand in the lyrics?
Anders: He’s the main one. I throw in some stuff every once in awhile but it’s not something I enjoy doing. I prefer to compose music but I think Jonas really enjoys that process. One of his biggest dreams would be to write a book. I could totally see him write a book because he has… probably 15 different personalities that not many people know about. WE know well; we see them every day. So there’s a lot of material in his “inner well”.

[Laughs] As a composer, what’s the songwriting process like, in the genre of doom metal? To have material that fits in with lyrical themes, do you have to be in a particular state of mind?
Anders: Yeah, it usually starts with a state of mind where you’re chasing something and you don’t really know what you’re after. Maybe you’re sitting with a guitar and coming up with notes that you feel are cool, and you just sit and jam with that, program a drumbeat to that, and all of a sudden you’re straight into a song! So it develops from itself when you start the jamming.

For me, I enjoy being alone in my own space because that’s where I’m most comfortable. So when I got something cool going, I just toss it around, send some files to the other guys and look for their input. If it’s good enough, we put into a folder and then, what I call the “Tetris” process, where we just have to get everything to match. I love this process!

You have an album in the works. Any other side projects or collaborations?
Anders: I wish but we don’t have the time. I would really like to squeeze out a new Bloodbath album as well but we’re touring now, and we need Axe (Opeth … Bloodbath drummer) in the studio with us. But as far as Katatonia goes, we’re just gonna repeat the whole cycle. We’re gonna try to write a new masterpiece. Right? *looks pointedly at Daniel and Niklas* Right?!

Any messages for your fans?
Anders: Come out to the shows! That’s the best thing they can do. We see our gigs as a kind of celebration and it’s really cool to meet our fans and talk to them, hang out, and just interact.

Niklas: Drink a lot of beer, I think.

Daniel: I don’t have metal hair.

Anders: You have metal hair on yo face. Yo face.

(Laughs) Thanks a lot, guys! 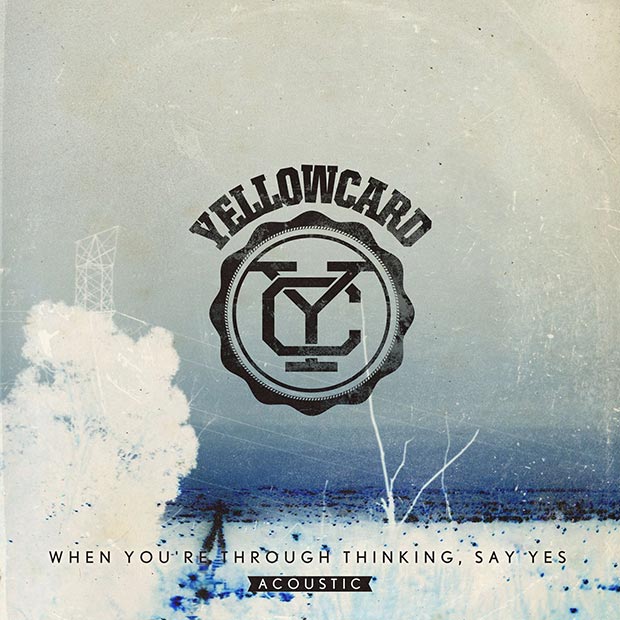 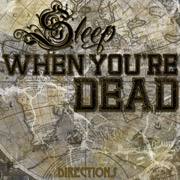