I recently spoke with Jacob Holm-Lupo, guitarist for the Norwegien Art Rock band White Willow, about the one piece of gear he uses to obtain his signature sound. Since 1995 the band has been releasing their brand of eclectic, progressive rock that is truly unique. Here’s what Holm-Lupo had to say.

What one piece of gear do you use to obtain your signature sound?
Jacob: My one signature piece of gear is my red Gibson SG. It is the only electric guitar I use for solos with White Willow. I have used some other electrics for rhythm parts – Les Paul, Hagstrom etc. But the SG is me, I can’t really make a statement without it.

What about it makes it so important to you?
Jacob: It plays so beautifully – the neck is slim and silky, and the string action is just the way I like it. And even though it doesn’t weigh that much, it’s got tons of sustain, which really suits my style of playing. Also, it’s become a bit of a talisman. I feel uncomfortable if I have to play and it’s not around.

What are the major pros and cons?
Jacob: Pro is playability and the thickness of tone and sustain for leads. Con is that the sound is a bit less focused for rhythm parts – it doesn’t cut through the mix the way a Les Paul does. Also, it scares Christians in the audience because of the devil horns. Or was that a pro?

How long have you had it, how do you use it, would you ever change it?
Jacob: I bought it in 1995, and it got its live premiere at the Variety Arts Theater in Los Angeles that same year. I use it pretty much on a daily basis and I’ve never felt the need to change it. I’m not a gear connoisseur, so it has the factory pickups and all – sounds fine to me.

Any final thoughts or comments on the gear?
Jacob: It sounds best through my Lab Series L7 amp. I thought I could get something better, since it’s a solid state amp. But after having tried all kinds of fancy tube amps, I realized that the L7 actually sounds really great. If it’s good enough for Holdsworth it’s certainly good enough for me! 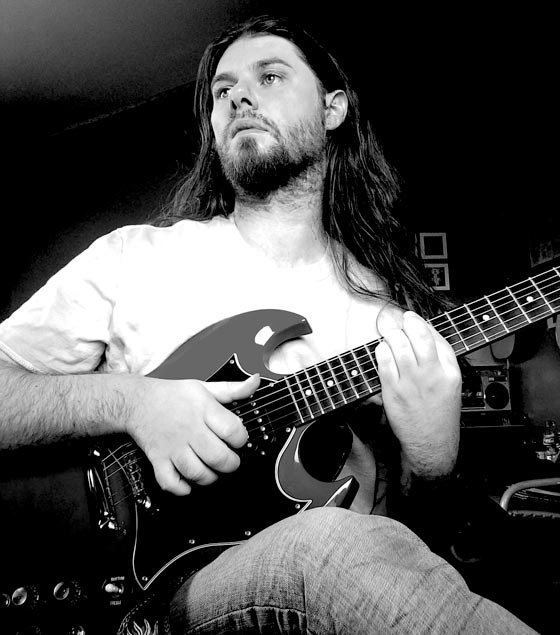 Check out the song: “Kansas Regrets” 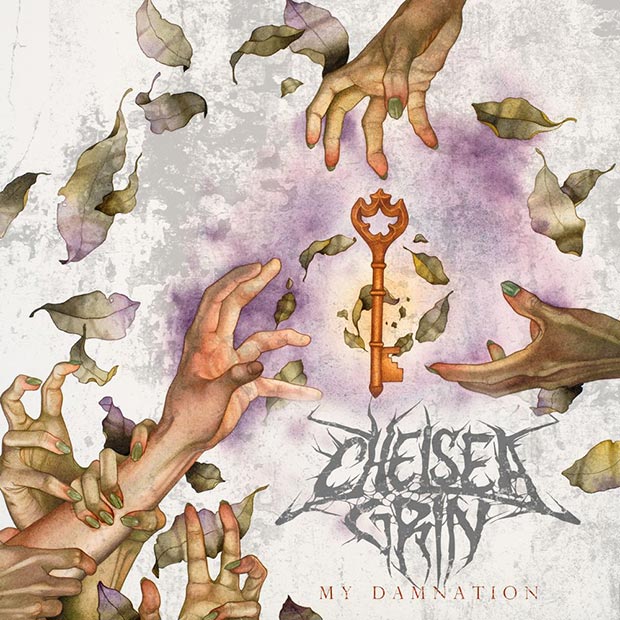 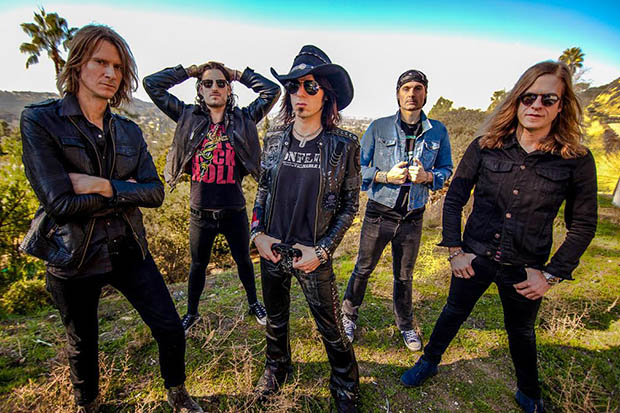 THE LAST VEGAS Premiere “The Other Side” Music Video Online