Splicing the Mosh Pit and the Dance Floor, the wrecking machine known as Klank has released a barrage of sonic assaults in the form of Still Suffering, the In Memory Of… EP and NUMB…Reborn. Breaking musical boundaries with a sound described as Dancy Aggressive Dark Electronically Influenced Groove, Klank spent 18 weeks on the CMJ Top 40 charts with their monster single “Downside” I recently spoke with Klank himself to discuss the gear behind the band’s trademark sound.

What one piece if gear do you use to obtain your signature sound?
Klank: I don’t think I could pin point just 1 piece of gear for that answer only because it is a combination of several things actually. For starters my main guitar is the same Charvel I bought off a dude in like 1989. I don’t know the model # or anything like that because I stickered it completely the day that I bought it… only because it’s totally a flaming pink color. Way too hideous and “Glammy” looking for my taste, but it played like a dream and I had to have it. It has an active OBL pick up complete with 9v powered pre amp. It’s a really hot sounding guitar as in signal strength. It’s totally shielded / copper lined in the inside back compartment where all the components are …that helps a great deal with controlling unwanted noise. My back up guitar was actually custom made for me back in my Circle Of Dust days by a company called Abernathy. It plays pretty good. It has an old EMG pick up and is also shielded with a pre amp set up in it. It’s presently in need of a little TLC, but I’m working on it. My amp is a Randal RG-100 w/ Randal 4/12 cab. I bought it off a cousin of mine back in 1990 for only $150!! Yeah, it was a great deal if you ask me because I’ve played it on thousands of stages across the USA since 1990 until today and I’ve never had one single problem with it; ever!!!

My rack is as follows: Furman Power conditioner, Samson Wireless, Korg Tone Works DTR-2 Digital Tuner, Peavey 32 band Stereo Equalizer, Behringer 2 channel SNR-202 Denoiser, DBX Stereo Gate / Compressor. The combination of all these elements is what I use to get my KLANK sound. It’s really thick, but yet everything is still really “clear” sounding the way I have it all dialed in. I like the fact that it’s so ballsy and yet you can still hear every note clearly when I’m playing. The other guitarist, Ducci and Pat use Fryette in their set ups. Our sounds complement each other really well actually which is awesome. Good combo. I want to get a Fryette as well eventually… That is unless someone wants to give me a free one?

What about it makes it so important to you?
Klank: As I mentioned I’ve had this set up for years so for me the overall sound and feel of it is just dope and perfect for what I do. Not to mention the sentimental value it all has because most of it has been with me since my very first tour. It’s important to get decent gear that’s durable and that you take care of it as well. Over the years my gear has taken a serious ass kicking on the road but I do the best I can to prevent any mishaps or potential issues. 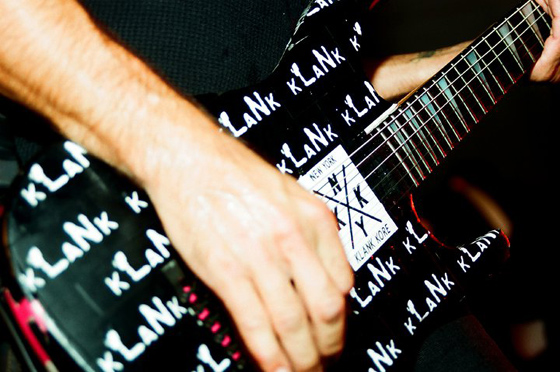 What are the major pros and cons?
Klank: Nothing is cheap; ever!!! Gear is expensive and most of the time, can’t be purchased all at once when it’s coming outta your wallet… unless a label is fronting you cash for it, but most people buy what they can when they can afford it. I’m not into buying “cheap” gear, I’d much rather try to get really good gear at a cheaper price… through a hookup at a local Guitar Center or if I get wind of something really worth it through a friend. I won’t rush. When I know what I want, I will search the net for the absolute lowest price available, scour through catalogs, haggle, bid and possibly even bribe someone, but I refuse to pay the full regular store prices if there’s an alternative. Once you start acquiring some gear, just maintain it, and keep it clean you know? Get a can of air and blow it out, the vents, pots, faders, inputs. A little bit of routine maintenance makes all the difference I believe.

How long have you had it, how do you use it, would you ever chance it?
Klank: Like I said I’ve had my guitar since 1989. That’s 22 yrs., My Randall since 1990, 21 yrs. and most of my outboard gear was purchased between 1990-1992 so that’s quite a long time to have the same wireless, EQ and stuff you know… I’ve dove off of hundreds of stages while still playing my Charvel and It’s never had any issues luckily. I guess I do chance it when “playing while diving” with it but sometimes the way the night is going, the crowd, the energy, the intensity of it all and sometimes it just kind of happens.

Any final thoughts or comments on the gear?
Klank: Appreciate what you have and utilize it to its fullest potential. Meaning your talent, your ability, the gear you have, the options it has… Utilize it all and get the most out of it. Don’t be afraid to try and take risks. For me, “safe” isn’t always the best route. If you’re not kind of adventurous and don’t try doing the “Unorthodox Playing Techniques” and take risks musically once in a while, then we will never have any more Eddie Van Halen’s, Zakk Wylde’s, Dug Pinnick’s, Al Jourgensen’s or Jimi Hazel’s… Innovators and true icons in my mind. People that don’t fit in the box usually have a tendency to become outstanding musicians in some of the most noteworthy bands ever. We might not be the biggest band out there, but we pride ourselves in the fact that we don’t sound just like everybody else. We’re kind of different than most. Not just industrial or metal but a really diverse blend of melody and agression. Sometimes really heavy, but still very dancy, groovy, electronic and catchy. Where the mosh meets the dance floor. 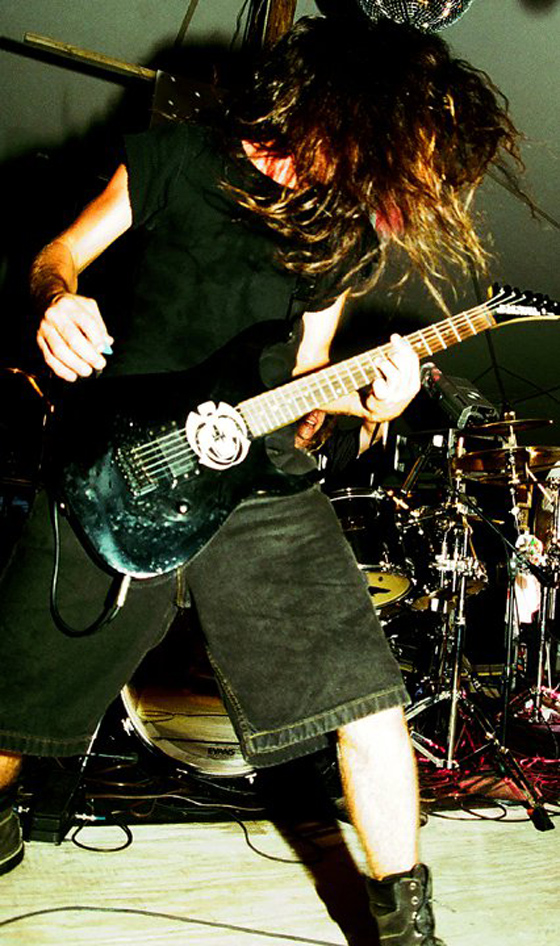 Check out the song: “Disease” 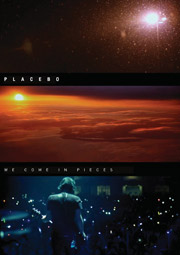