Chelsea Grin has been busy touring and attacking the metal/hardcore scene with everything they’ve got. Somehow in the midst of this assault the group found time to write and record 10 songs to create their latest album, My Damnation.

The new record, as told by vocalist Alex Koehler, is: “…based more on a story of a man’s journey from being a selfish tyrant, to being condemned to hell, seeking forgiveness, and salvation. I wasn’t trying to write a religious or spiritual album. I just find the concept of heaven and hell completely fascinating, so it makes it easy to write about.”

Chelsea Grin has matured on My Damnation as they’ve strengthened every aspect of the band’s sound. The album has a better structure when compared to prior music, making the breakdowns and death metal aspects even more intense. They’ve also added some catchy, but dissonant sounding overlays to the riffs all topped off with the customary screamed/growled vocals. And to add even more flair, the group invited Nate Johnson (Fit For An Autopsy) to provide vocals for “Calling In Silence” and Phil Bozeman (Whitechapel) to help out on “All Hail The Fallen King”.

My Damnation is a step up from Chelsea Grin’s prior release, having strengthened their writing skills and more. My only negative towards the album is that all the songs have a similar sound making it difficult for the listener to distinguish between them. Maybe, if Chelsea Grin took more time writing they could create not only a stronger record, but a more diverse one as well.

Check out the song: “My Damnation” 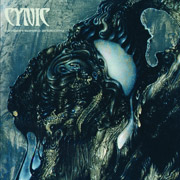 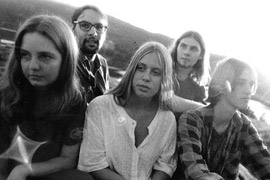