Universal Republic artist SafetySuit released their music video for “Let Go” today online. The video was directed by Zach Merck. Check out the music video HERE. The band just wrapped on their sophomore album and worked with some amazing producers, Howard Benson (Daughtry, Flyleaf), Espionage (Train, David Cook) and OneRepublic’s Ryan Tedder. SafetySuit recently did a small Canadian tour with The Script. The album will be released later on this year via Universal Republic.

In 2008 – the band were on tour supporting ‘Life Left To Go’ album and its hit single; “Stay”. The band played over 200 shows that year and landed themselves a “You Oughta Know” feature on VH1 which ultimately led to them selling over 500,000 copies of the single certifying it gold. 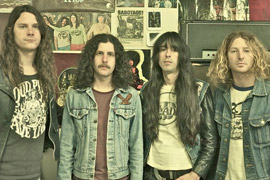 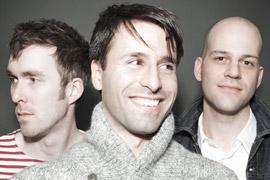