Check out the song: “Crazy”

Vocalist Joey Avalos of the pop/rock band Stars Go Dim took some time out of his busy schedule to speak with me about the bands sophomore release, Between Here And Now. This album is a warm, melodic affair and is quite enjoyable to listen to. They have shared the stage with many big name acts including Daughtry and All-American Rejects and they are planning to head over to The Philippines for a series of concerts this December. Here is how the conversation went.

Now that your new record, Between Here And Now, is complete how do you feel about it and are you satisfied with the outcome?
Joey: We are all beyond excited and satisfied about our new record. We really feel that this new record showcases where we are at as a band and shows glimpse of where we are heading.

Different groups have unique ways of writing their songs. How do you guys go about writing your music? Is it a collective effort or is it more the efforts of one particular member of the band?
Joey: In the past I (Joey) would mostly write majority of the songs and then I would bring them to the guys for approval and then we would record them. But with this record we really worked on the songs as a group. We also had some great opportunities to co-write with some talented writers. I wrote a song with Richard Marx and Chris and I wrote a song with Evan Bogart and Greg Ogan (Written hits for Beyoncé, Rihanna, Sean Kingston and more…)

The name of the band Stars Go Dim is interesting to say the least and sounds as if there is a story behind it. Where did the name come from and what is the story?
Joey: Honestly, we don’t have a story for how we came up with the name (we just made it up) but over the course of time we have created a meaning for the name. When the stars go dim the sun rises on a new day. A fresh start. A new beginning. 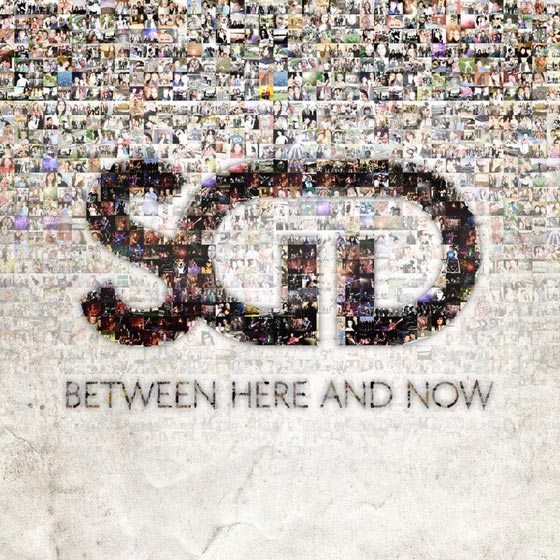 Give us some insight into the record and the meaning behind its title?
Joey: This record is a collection of songs about living in the moment. The title track and album is called Between Here And Now. It’s that moment when time stands still and life becomes reality.

What lyrical themes do you cover?
Joey: We all love to write songs that can relate to a large audience. Whether it’s a song about love, heartbreak or life our goal is to write songs that connect with people. The greatest joy we get as writers is to hear stories of how our songs have helped people get through hard times or how much our songs mean to them. It’s a humbling experience.

Who are your biggest influences on your playing?
Joey: We all come from different backgrounds. We love music all kinds of music. I think you can hear some of our influences in the record but when you come to a live show we expand/ showcase more of our influences. I love Stevie Ray Vaughan, Ryan Adams, the Goo Goo Dolls, Amos Lee, Citizen Cope to name a few.

Times are tough these days. Do you have a job when you are not touring?
Joey: We all have our side jobs but for the most part SGD is our full time gig. We all work with other artists in the studio and help consult other artists.

If you had not become a musician what other career path would you have liked to attempt?
Joey: Nothing else comes to mind. Doing anything besides music would be a miserable life. So many people do things just because they are too scared to take risks. We are dreamers and fortunately we have been able to live our dreams for quite a while.

What kind of touring do you have planned in support of the record?
Joey: We will be playing all over the country. We also have a Philippines tour lined up in December.

What’s next for Stars Go Dim?
Joey: Touring, recording new music. We are always moving forward and looking forward to the next chapter in our lives and as a band. 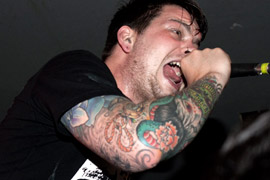 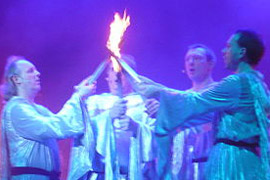