Check out the song: “Never Enough”

For more than 25 years L.A. Guns have been releasing records and touring the globe. They were an integral part of the infamous ’80s hair metal scene and over the years have been successful at recreating themselves in order to stay relevant when many of their peers have fallen to the wayside. This commitment to keeping things fresh was the catalyst for their newest release, Acoustic Gypsy Live, a disc that includes all their hits as well as some cover tunes they’ve stripped down and reworked. I recently spoke with guitarist Tracii Guns about the band, their new singer and the live acoustic disc.

Can you tell me about the new record, Acoustic Gypsy Live?
Tracii: Yeah, it is an acoustic record and is something I really never thought about doing before. I am more of a guy who does new things and tries new things in order to stay fresh and not get bored. But we had not been writing anything with Jizzy and our label kept telling us that we had to put some product out. So my manager came up with the idea of doing a greatest hits acoustic live show and we could record it. At first I was thinking it was just a cop out, but then I thought about it some more and thought that If I could get a really big band together and really do some cool arrangements on the songs and give them all a new spin than maybe it would work. I contacted a bunch of my buddies and everybody was really into doing it so we rehearsed for a couple of weeks; a lot of hours every day and it sounded good so we went and did two shows. The show that ended up on the record was the second night. I am glad I did it in the end, but it was nothing that I ever thought of doing before.

Are you happy with the way it turned out?
Tracii: I am really happy with the way it turned out. I have done live records before and a lot of times there is a lot of stuff that you have to fix afterwards. On this one we were really intent on keeping it as natural as possible; I did not want any overdubs, any reverb or any effects. All I wanted were the mics in the room, the mics in the audience and an intimate crowd and that is exactly what we did. I think that Jizzy did such an amazing job, we didn’t have to go in and fix anything and as a true live performance I think it is pretty damn good.

Was it difficult translating those songs into an acoustic live setting?
Tracii: It wasn’t difficult, it was more of an experimental process during rehearsal. Once we decided on a set list and what we were going to play I had to deconstruct songs and look at the possibilities for piano and mandolin and other various instruments. It was a really fun process and it was more like producing music than writing and recording new music. It was a really educational kind of thing for me to do as well. 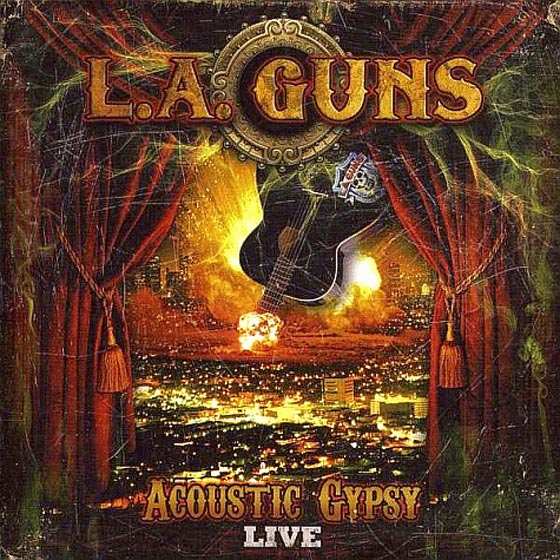 How did you pick the two covers on the record? You have “These Arms Of Mine” by Otis Redding and “Love Hurts” by Nazareth.
Tracii: It was a short list. Obviously the first thing that came to everybody’s mind was doing a cool Stones song and I thought about it, but I thought it would be too much of an obvious choice. Jizzy and I have always liked R&B and soul so we thought about doing Aretha Franklin’s “Baby I Love You,” but when we started jamming it we realized we could do it electric and it would sound bad ass. So we ended up with the Nazareth song because it is something that Jizzy had always wanted to sing. The Otis Redding tune is arguably one of the best love songs ever written and it is in a Blues format. As soon as he and I sat down with just one acoustic guitar it sounded great right away. We thought those were very unique choices, but still very popular songs and they fit well within the set.

“Love Hurts” is pretty much timeless in my book as well.
Tracii: Oh yeah that is the stuff that I love and I am glad I got the opportunity to do it.

Has the search begun yet for a new vocalist?
Tracii: Yeah, as a matter of fact we picked Dilana Robichaux from Rock Star Super Nova last night, but the press release has not even gone out yet. Yeah we had auditions all day yesterday and Dilana was the choice. Not to put any of the other guys down at all, but she just came in so professional and her voice is just ridiculous. It is so bluesy it is so soulful. I think this is a great fresh step for the band and I think it is going to be great hearing a chic sing “Sex Action” and some of the other songs. There are just so many fun things about this. I am hoping we get out there and the chemistry works and we start writing songs and maybe by next year we could have a new record out and maybe not even call it L. A. Guns at that point, you know what I mean?

Check out the song: “Sex Action”

Are there plans to tour?
Tracii: Yeah, that is the first thing on the agenda right now. We have 50 shows booked; 30 in the States and then we go to Europe in March for a month.

Did you ever imagine you would still be doing this after so many years?
Tracii: Yeah I did. When L. A. Guns got signed I was literally flipping burgers on the left side of the building where the sun sets, so in the afternoon. I had the sun beating on me for 4 hours while I was flipping veggie burgers and when we got signed I was asked what I hoped to get out of the record deal and really all I wanted to do was go play, I didn’t care if we had huge hits I just wanted to play. This is what I really wanted to do and still being able to do this and make a living at I think is amazing and I don’t take it for granted for a second.

Any closing words at all Tracii?
Tracii: Open minded people have great lives and are generally happy people, so let’s try and keep everybody with an open mind and let’s all get along and keep the peace as peaceful as we can. 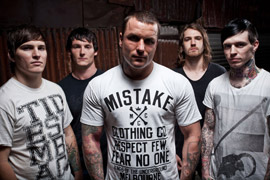 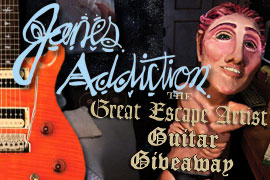