Check out the song: “Back For More”

The force that is Five Finger Death Punch is back to rock your world. Over the last few years, Death Punch has become one of North America’s most prominent hard rock acts thanks to their killer first two records and frenetic live shows. After only a very short break after finishing touring behind War Is the Answer, Death Punch didn’t waste any time writing and recording their third record American Capitalist. Recently we spoke to the band’s drummer Jeremy Spencer for a few words on the new record. In the interview, Jeremy discusses the background and writing process behind American Capitalist, how the band met new bassist Chris Kael and why the band keeps coming back to its producer of choice Kevin Churko. On a more personal note, Jeremy lets us in on his greatest influences and what exactly he does backstage to prepare for shows.

American Capitalist is Five Finger Death Punch’s third album. How many songs did you write for it in total before whittling it down to the final track listing?
Jeremy: Rarely do we write more than what makes it on a record. We generally write specifically for the record and see what it needs, what it lacks, etc.

Now American Capitalist comes almost exactly two years after the release of War Is the Answer. Did you take any time off in between touring and recording or was this album written while on the road?
Jeremy: I think we had about a month off total before getting back into writing mode and laying down basic tracks. I recorded the first drum track for the album back in February.

Let me touch on the title of the record for a moment, American Capitalist. Where did this title come from? Is this any type of concept record would you say?
Jeremy: Zoltan kind of had the concept of the album. And he’s been quoted as saying “The overall message is to fight for your survival and success. You can be a zebra or join the lion pride. You have to rebel against your circumstances, laziness and mediocrity — not the system. The best will make it, and that notion is genetically embedded within our fabric. If we were all equal, evolution wouldn’t exist. The human spirit encourages us to excel.” 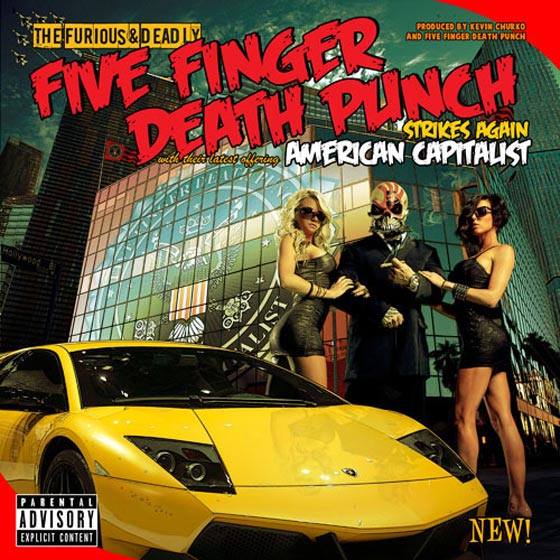 American Capitalist is the first Death Punch record not to feature bassist Matt Snell. Would you say this significantly affected the way the album was written and recorded?
Jeremy: Matt probably contributed one riff the whole time he was in the band. So it didn’t affect us at all as far writing or recording. Kevin Churko our producer did all the bass tracks on American Capitalist.

Matt’s replacement on bass was announced to be Chris Kael back in June. How did you find Chris and what was it about him in particular that made you think he’d be the right replacement?
Jeremy: Chris actually hit up Jason Hook on Facebook and asked if he could come down to audition. He was local here in Vegas and was a friend of one of our crew guys. He came in and nailed the audition and has been a great addition to Death Punch so far.

Is Chris at all featured on American Capitalist? And for that matter, did Matt have any contributions that are on the album?
Jeremy: Chris came in after the bass was recorded. Matt was let go before we even started writing for this album.

You worked again with Kevin Churko on this record. Did you ever consider going with anyone else other than Kevin?
Jeremy: From day one of working with Kevin back on War Is The Answer I told him I would never work with anyone else again. He’s the best I’ve ever worked with. He makes recording fun. Sometimes the studio can get a little intense, but I actually looked forward every day to go to the studio and work with him. He’s a master of his craft. We love what Kevin brings to the table as a talent and as a person.

Check out the song: “Under And Over It”

What would you say is Kevin’s greatest asset that he brought to the studio in the recording of this album?
Jeremy: He’s a sonic genius and has worked under Mutt Lange as his right hand man for years. He’s learned all the best ways to capture performances in the studio and makes us sound like gold. Not to mention he’s so laid back and positive.

On a more personal note, who would you list as the biggest influence on your playing?
Jeremy: There are many different influences from different genres. Lars Ulrich, Dave Lombardo, Charlie Benante, Tommy Aldridge, Deen Castronovo, Dave Grohl, Buddy Rich, Dave Weckl… To name a few.

Do you have any rituals or customary things that you do before you hit the stage to play a gig?
Jeremy: I personally spend lots of time stretching out and warming up basically for about a half hour or so. I roll my muscles out on hard foam rollers and do vigorous stretching exercises. It saves my body from the abuse of the double bass and flinging myself around on stage for months at a time.

What’s Death Punch’s touring schedule like for the near future? Can you let us in on any secrets for the New Year?
Jeremy: We will basically be touring this new album for the next eighteen months or so with minimal time off in between. Touring, touring, touring! 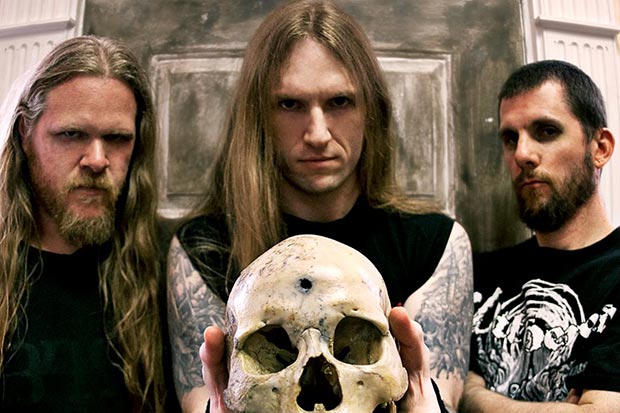 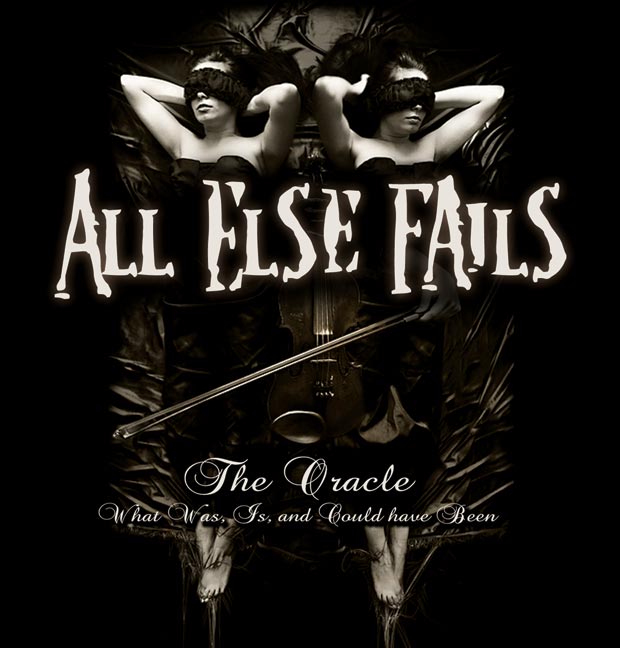 All Else Fails – ‘The Oracle: What Was, Is, And Could Have Been’ [Album Review]